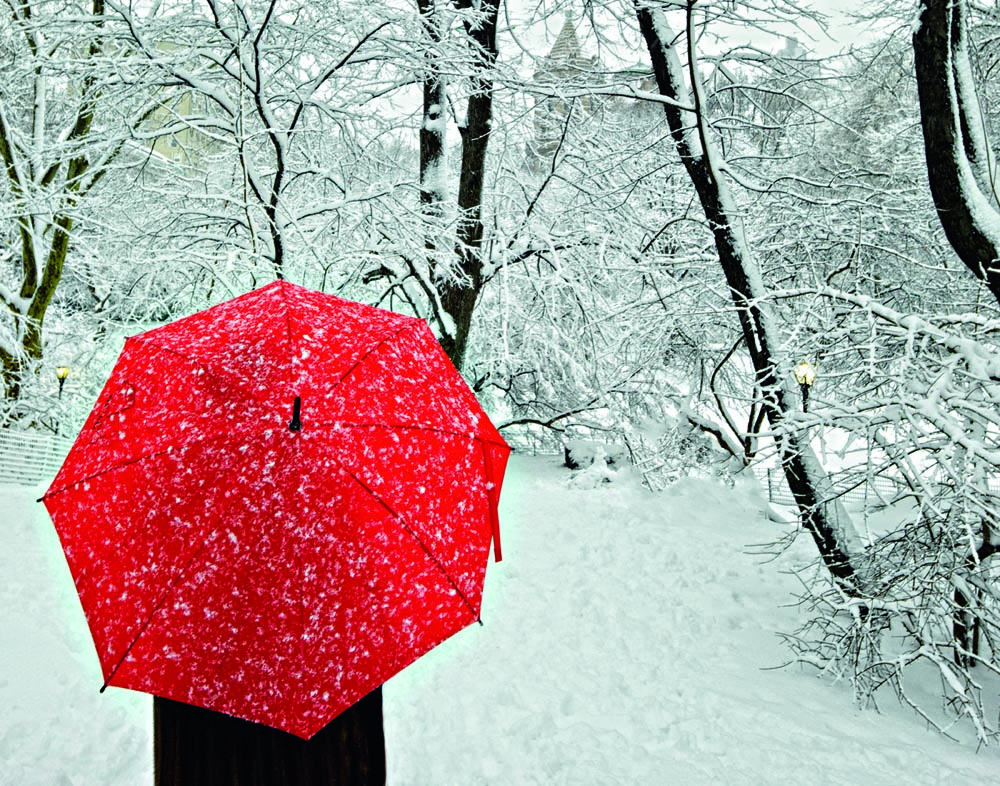 One wintery day in 2010 as Andy Marcus through Central Park with his Leica M9 in hand and his children by his side, Andy captured what would be the winning photo of the “Leica Camera Holiday Card Photo Contest.” Sixty years earlier his father, Fred Marcus, while fleeing Germany for America, ended up in Cuba with very little besides his Leica camera. His anticipated one week stay became two years, during which he made a living photographing other immigrant families whom he eventually followed to New York City. There he opened Fred Marcus Photography, which Andy continues in his role as president of the company. Andy’s winning photo will be featured on Leica’s seasonal greeting cards sent to Leica enthusiasts around the world including Andy’s hometown of New York City, his father’s homeland of Germany and even Cuba, where his father began the legacy of Fred Marcus Photography.

Q: How did you hear about the photo contest?

A: I heard about the contest on a Twitter post, just a few days before the deadline.

Q: What camera and equipment did you use for the winning picture?

A: The photo was shot with a Leica M9, which I had gotten just a few days before.

Q: Do you have a name for the winning picture?

Q: Is there any story behind the picture? What caught your eye about the scene?

A: It was taken during a winter blizzard in Central Park, NYC. I was photographing my daughter and her fiancé during the blizzard when this woman with the bright red umbrella walked past and I couldn’t resist stopping to shoot a couple of frames, the red umbrella contrasting with the white-out conditions of the snow.

Q: What does it mean to you to win this competition and know that Leica photo enthusiasts all over the world will see it?

A: I am so excited and actually thrilled to win this competition considering all the amazing Leica photographers in the world. It is truly an honor I will cherish for many years.

Q: How would you describe your approach to photography or what does photography mean to you?

A: Photography has always been a way for me to capture on film and now digitally what I see in the world – to capture the emotions on a child’s face, the love in a couple’s eyes, the beauty of the world around us. Leica cameras and lenses let me do that so unobtrusively and with such great quality.

I love photographing the world around us. Many weekends I will just walk around New York and photograph people, scenic images, architecture. etc. My business is photographing weddings and life events for families. It has taken me all over the world and I have photographed many celebrities including Ivanka Trump, Donald Trump, Eddie Murphy, Forest Whitaker, William Baldwin and Howard Stern.

Q: When did you first become interested in photography as a mode of expression, and art form, a profession?

A: My dad opened Fred Marcus Photography on the Upper West Side of New York in 1941 and I came into the business in 1971 on a full-time basis after I finished my schooling. I had been my dad’s assistant for about seven years prior to that, assisting him photographing weddings. Today my son, Brian, is starting the third generation of our business.

Q: How did you first become interested in Leica?

A: Leica has had a long history in our family. My father came to this country from Germany in 1939 and all he had with him was his Leica. He had to go to Cuba, thinking he would only be there for a week, but the week turned into 2 years. To make a living he shot photographs of families of other immigrants on the beach in Cuba. They loved the work he did and he decided to make photography his career so he followed those same people to New York City. I have been shooting with Leica for my personal work since 1968.

You can learn more about Andy’s work on the studio’s website: http://www.fredmarcus.com/.