Assume you’re a photographer (which, since you’re reading this article, is likely a safe assumption). Assume you maintain some sort of photo blog (which, if you’re struggling to compete in today’s net-centric world, had better be a safe assumption). Assume further that you have a, umm, slightly unnatural love for Leica M-System rangefinders (a single, nearly imperceptible nod of the head will suffice for those of you too ashamed to admit this readily). Assume Leica contacts you, compliments your photography blog and asks you to write a tips column for them. You jump on it like a shark at an all-you-can-eat sushi bar. Right? 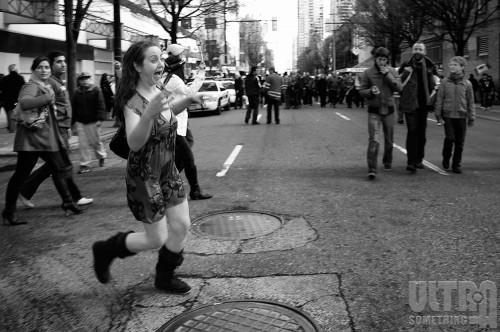 Assume, too, that you’re more sensible than I am — because I said “no” to Leica.

It’s not that I wasn’t flattered. I was. It’s not that I didn’t want to write for Leica. I did. It’s just that I abhor tips columns. They always launch with the highest of intentions, but soon, after the author exhausts all his grade A material, the column begins a rapid descent into the banal. In the blink of an eye, that once-helpful column starts serving up advice like, “for greater depth of field, use a narrow aperture” or “ten new ways to take adorable cat photos.”

Perhaps I was being too pessimistic. Maybe this wouldn’t happen to me. I needed to be certain. Fresh out of crystal balls, I gazed into the biggest hunk of M-mount glass I own, a Voigtlander 50mm f/1.1 Nokton lens. Too poor to afford the luxuriously prescient view through Leica’s own 50mm f/0.95 Noctilux, I knew the Voigtlander’s limited three-month glimpse into the future would have to suffice.

Staring into the front optical element, I was astonished to see myself wearing a new shirt. Normally, I’m loath to spend money on anything that doesn’t have a direct impact on my ability to take photographs. I did notice a certain unkempt, Howard Hughes-ish quality to my hair — perhaps reflective of my decision to purchase the shirt. Having sated my narcissistic tendencies, I stared deeper into the lens and saw that I was typing out something on the iPad. It was my new tips column for Leica. I focused the Nokton on the iPad’s screen. To my horror, I saw myself blogging about the M9’s snapshot profile feature. In my desperation to fulfill my tips obligation, I had resorted to plundering the owner’s manual for rarely used functions, which I was now extracting and presenting as tips. Beside me sat a Pulitzer Prize — earned just two months previously for my tip outlining how to achieve financial security through photography. It served as a cruel and ironic reminder of how far and how quickly I had fallen. 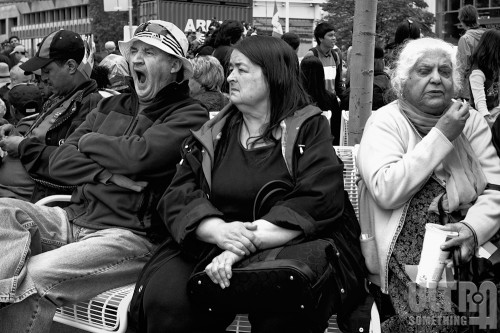 My suspicions thus confirmed, I contacted Leica and politely declined to be their tipster. Sure, the idea of winning a Pulitzer was tempting, but not at the expense of writing an article about the joys of snapshot mode. “If I’m going to blog for Leica,” I wrote, “I must have complete editorial freedom to write about whatever topic I choose.” And thus, as quickly as the opportunity presented itself, it disappeared…

… Except it didn’t. Leica actually agreed to these terms. Why they did, I do not know. I have a theory that involves Google and some curiously misinterpreted English-to-German web translation. But, whatever the cause, I was on the hook and there was no getting off. I am now committed to writing a column for the Leica Blog. 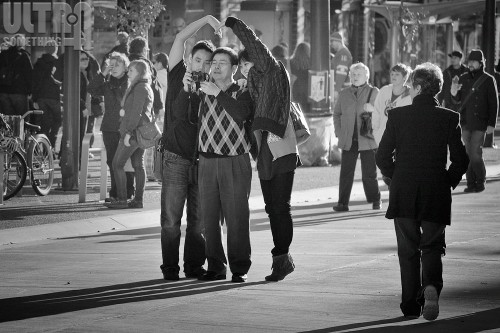 I have absolutely no idea where this column will lead. I have no notion of what I’ll be writing about and article frequency is a complete unknown. There are, at this time, only two things of which I am absolutely certain: 1) Every article will, in some way, directly or indirectly, tangentially or perpendicularly, relate to Leica, and 2) someone, somewhere is going to get very upset about something I write. So keep reading — it might just be you! 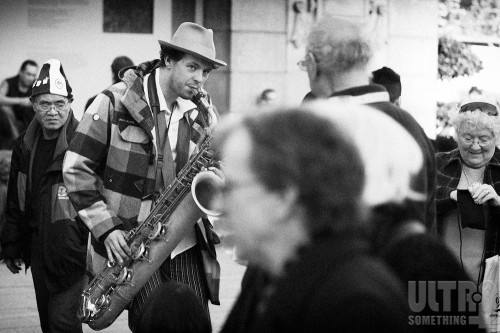 grEGORy simpson is a professional pounder. You may find him pounding on his computer keyboard, churning out articles for both the Leica Blog and his own blog at photography.ultrasomething.com. Or you may hear him pounding on a musical keyboard, composing music and designing new sounds. Frequently, he’s out pounding city pavement and photographing humans simply being. This third act of pummeling has yielded a new photography book, Instinct, which has given Mr. Simpson a fourth vocation — pounding on doors in an attempt to market the darn thing.