“Burn My Eye” is an international collective aiming to show the extraordinary within the ordinary using candid photography. They use a fresh and new perspective when it comes to street photography, and are comprised of twelve members from all over the globe. Burn My Eye will be holding their first exhibition at the prestigious London Photography Festival this June. Eric Kim had the chance to interview the members of the collective and find out what Burn My Eye is all about. 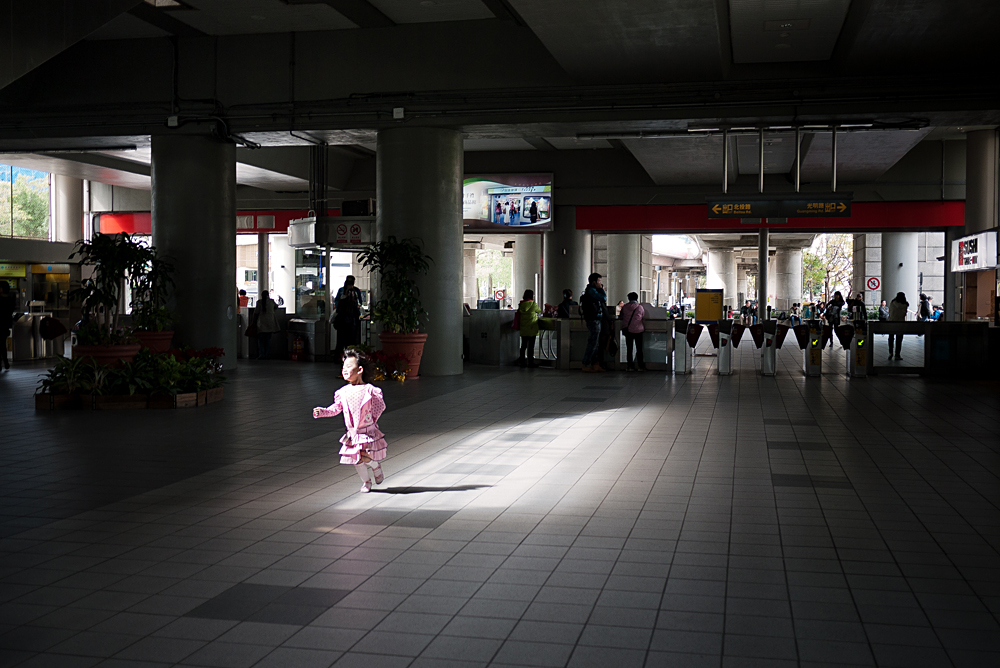 Q: What are some attributes that make a great street photographer?

A: Genre is secondary; one must be a good photographer first. Beyond that, I’d say a kind of visual/spatial/interpersonal curiosity, a hunger to explore, and the ability to see whatever is in front of oneself without flattery or prejudice. This, coupled with an unconditional psychological need to translate this into interesting pictures. – TC Lin 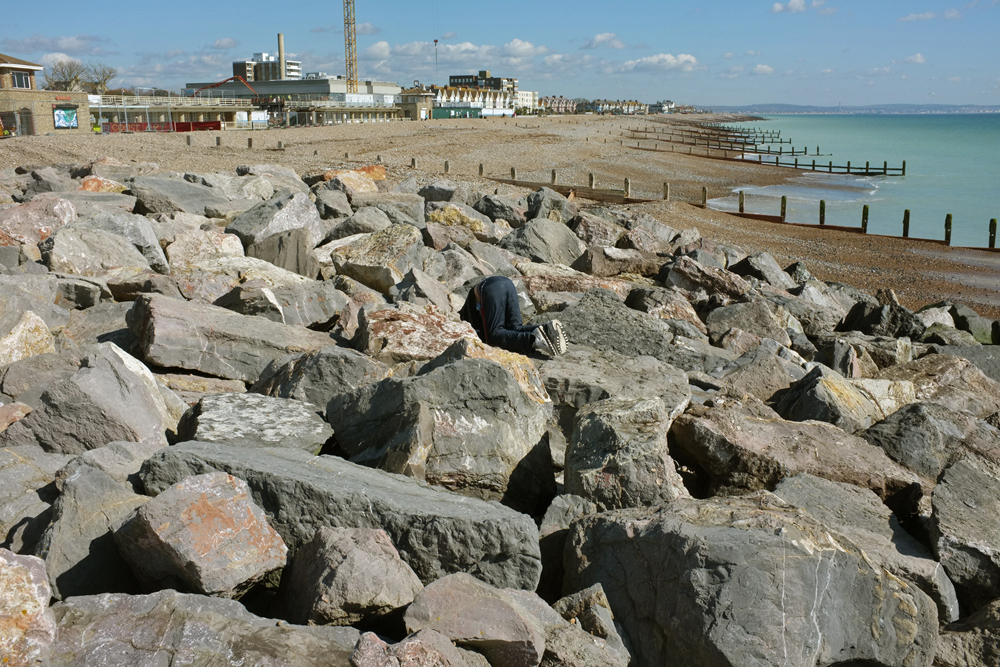 Q: What are some clichés in street photography that people should try to steer clear of?

A: In some respects the cliché may be harder to do well so that it is not seen as just another cliché. But I’m not sure there are any strict clichés to avoid at the shooting stage – If something sparks your interest – shoot it, but set your standards high during editing. There’s often a fine line – a small element that can elevate a picture out of the mundane and overworked pit. Shooting something obvious or widely repeatable can help loosen up the kind of inhibitions we all experience from time to time. If you can readily recognise these pictures as clichés you will be increasingly responsive to more engaging situations and pictures. – Justin Sainsbury 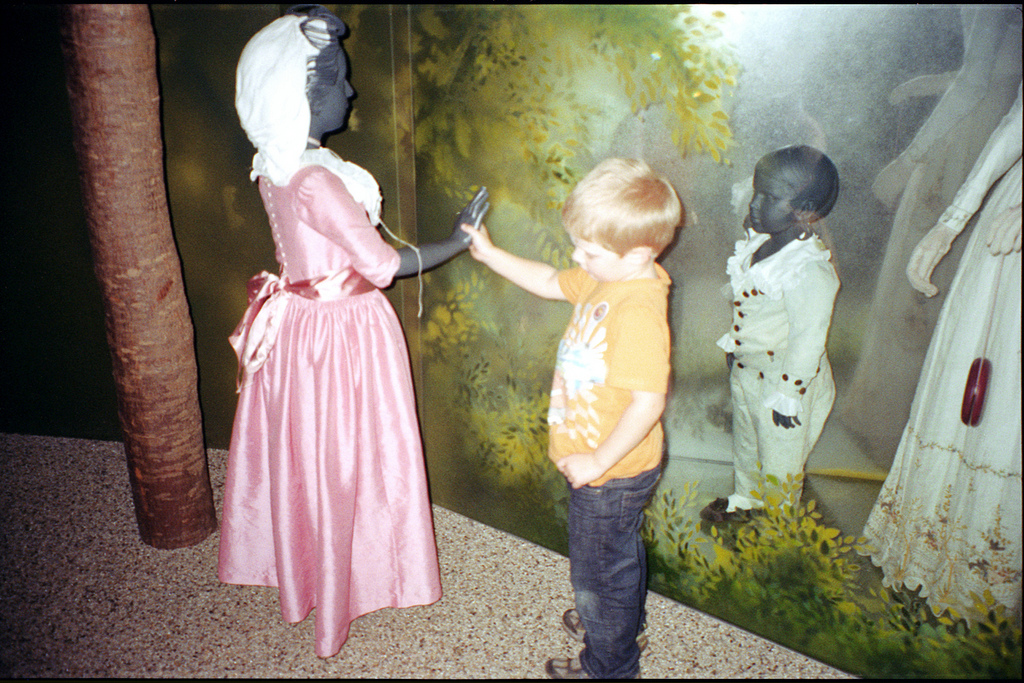 Q: How would you define “style” in terms of street photography- and how important is it?

A: I would define style, in any creative outlet, as the ability to show your personality through your work. You can look at photographs you like, shoot in a way that resembles them, read about the photographers behind them (in fact, doing that can be very educational and inspiring), but in the end, when you have gained enough confidence and skill doing so, you should be able to let go of what you have seen others do and go with your instincts. Especially in shooting candid (or street, if you will) photography, instinct is key. I guess to me, “style” is about trusting that instinct and about finding a way to put a bit of yourself in an image. I think it’s incredibly important, because if you don’t, in one way or another, feel connected with what you shoot and are unable to show that, how can you expect the image to resonate with others? – Regina van der Kloet 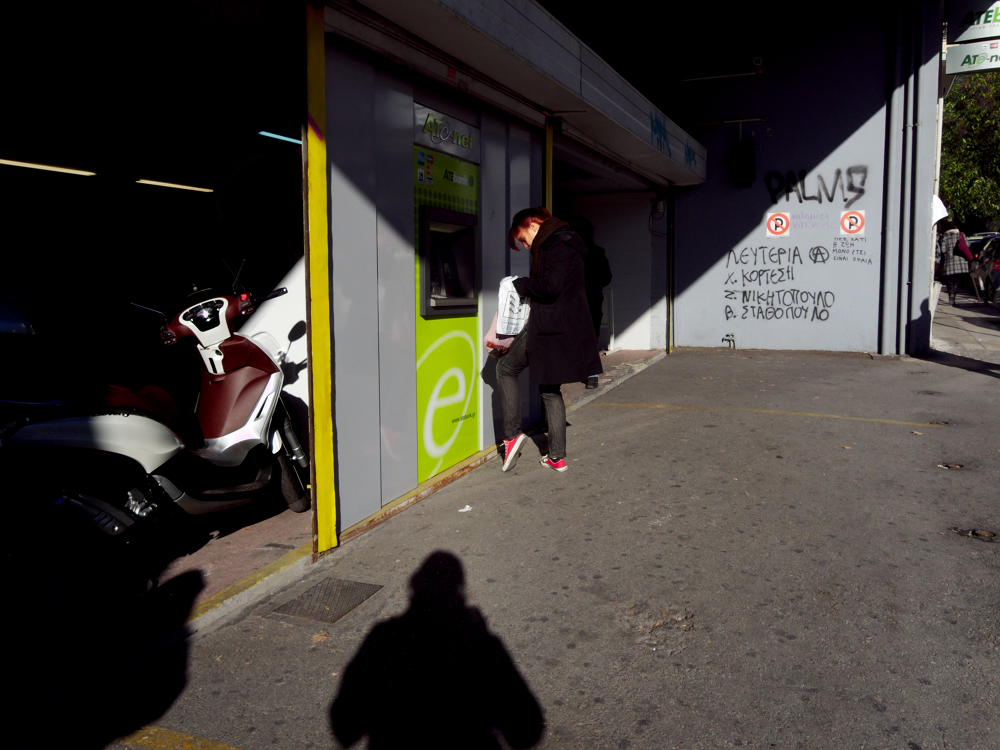 Q: What advice could you give to anybody else out there trying to start their own street photography collective?

A: There are two ways of looking at this. You could focus on forsaking friendships and social connections and seek out those whom you admire for their work, or you could just assemble a group of friends. The former looks at talent and the latter at community. A talent-based collective runs the risk of implosion due to creative differences, whereas a friendship-based collective will likely include sub-standard work. I feel that a talent-based collective is better, as personality conflicts can be overcome, while photographic mediocrity cannot. At Burn My Eye, we have adopted more of a talent-based approach, but good friendships have developed over time, which has helped on the creative side. Good friends tell each other what’s wrong or right and forgive quirks. – Alexandros Konstantinakis-Karmis 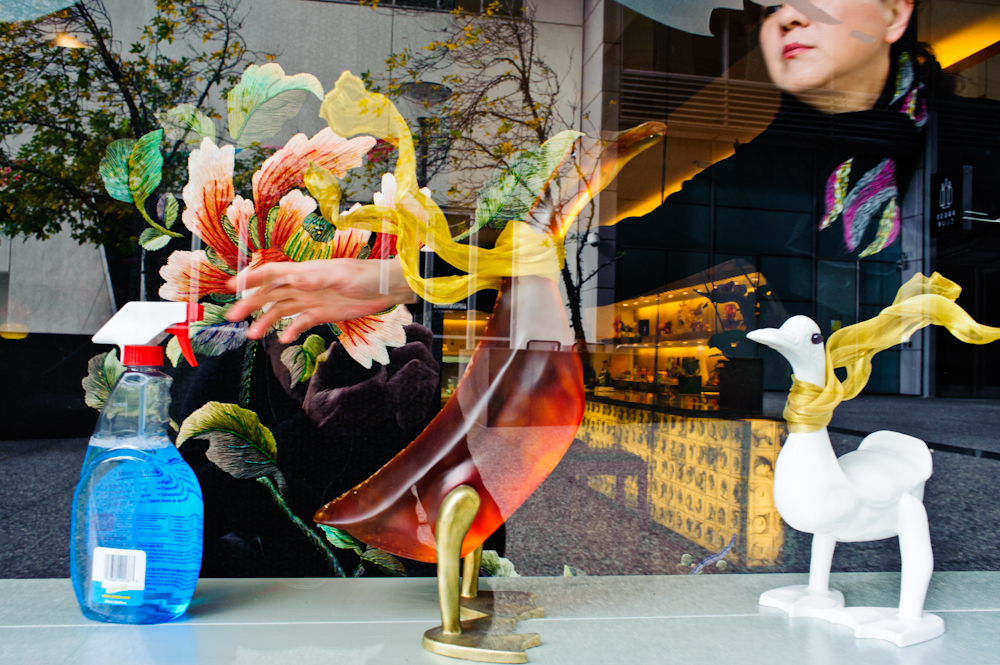 Q: What makes a good critique vs. a poor critique?

A: When beginning, the best critique is self-critique. There’s enough photographic material out there to allow you to compare your work with the best. This will allow you to see where you may be going wrong. Then, with the basics learnt and the right visual literacy, most critiques from a third party are useful. However, seek out those that get to the heart of the problem with an image . . . not technically, but emotionally. If they can convey that essence succinctly and with impact, it’s a good critique. A good critic is a bit like a good therapist: instead of handing you over a ready-made solution, they say the right things to get you thinking, or broaden your perspective, allowing you to draw your own conclusions. Of paramount importance though is to have a listening ear and a desire to learn. People can give the most elaborate and constructive criticism, but, if you are not willing to listen to it, it will be lost. A desire to learn can make even the most nonchalantly made remark a source of inspiration and education. Finally, remember the prejudices of the critic. There is no such thing as an objective critique. – Jack Simon 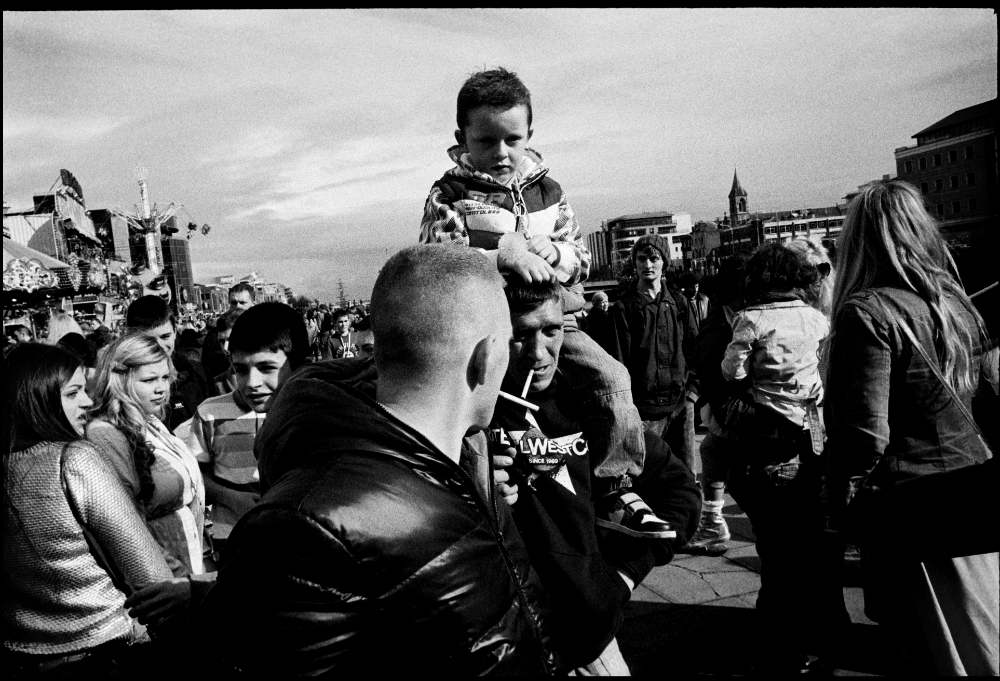 Q: How many shots do you typically take before you get a “keeper”?

A: This number grows every time I walk out the door as the word “keeper” keeps being redefined. This is not because worse images are being taken (well some days you’ll have nothing but crap) but more so, the fact that your editing must and will become much tighter and more crafted. The photographer needs to find the raison d’être for the selection of the image (whether at the time of shooting or during editing). This is the hardest part for me (as it is for the majority of photographers I’m sure) but is a skill that will ultimately define your work, so its importance is high. – JB Maher 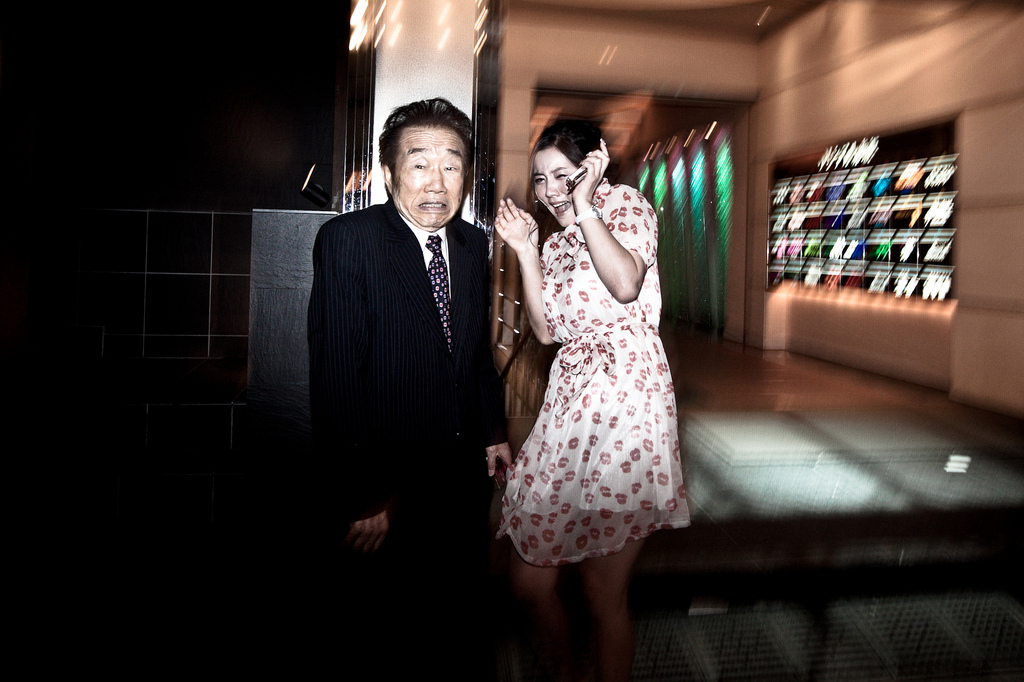 Q: Are online social photo-sharing sites such as Flickr helpful or detrimental to those trying to take their photography more seriously?

A: There are a considerable number of Flickr groups that are all about gear, flowers, Yorkshire Terriers (which I love), or millions of other things that have very little to do with photography. People love praise, but Flickr, like most social media, can be seen as a forum for mutual appreciation of mediocrity. How do you learn from cut and pasted “nice capture” comments? But there are also parts of Flickr, isolated communities, groups of like-minded people, where incredibly useful resources, honest points of view, wonderful photographic work, and fascinating photographers can be found. If you can wriggle your way into these nooks and crannies, Flickr can be incredible. I suppose Flickr is a microcosm of life – you have to find the right friends and places to hang out. – Charlie Kirk

Q: How do you see street photography evolving in the next ten years? 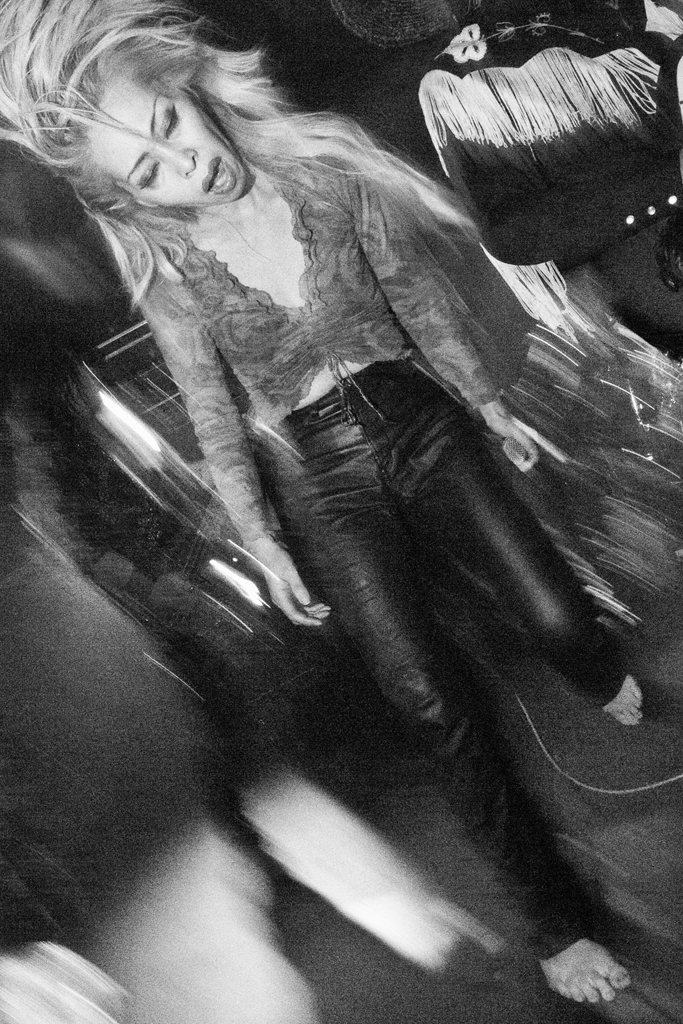 Q: How did Burn My Eye form? Who were some of the people who started it, and what makes Burn My Eye unique from the other street photography collectives out there?

A: Burn My Eye was formed just over a year ago. We began as a private image and portfolio critique group on Flickr. Gradually we added a few more photographers whose work we liked, who were passionate and who displayed high visual literacy. Over the course of time, the group decided to establish a public presence and the website was formed a few months ago. We wouldn’t necessarily say we are unique, but we would like to think that we have considerable energy and a wide ranging vision. No two photographers in the group shoot alike and we all have discernible styles. Many of us do not regard ourselves as street photographers – especially Regina, Fred, Charlie and myself – we are just photographers that sometimes take candid photos. What might be unique is that our decision-making is decentralised and we spend considerable time helping each other with critique, editing and sequencing. We are more “internal” than “external”. We would also argue that we place a greater focus than some other collectives on group edits, and we plan to do a lot more of these going forward. – Jason Penner 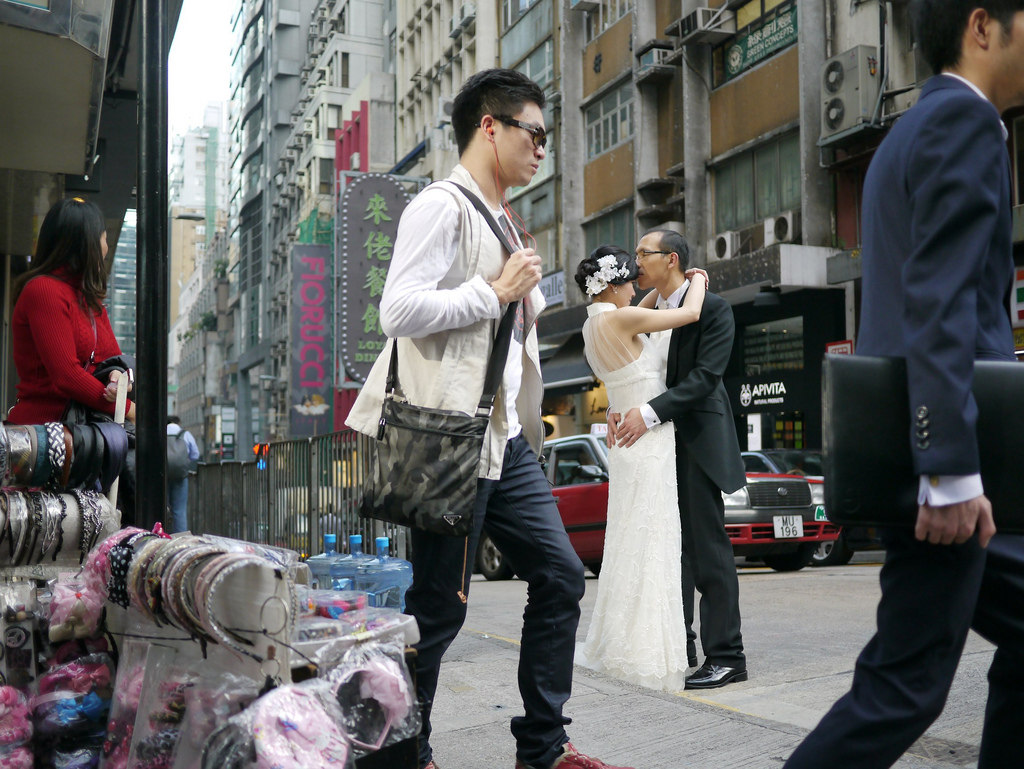 Q: What advice would you give to someone trying to start a street photography project?

A: There are two ways to go about making a project: either shoot it from the outset or gather previously shot photographs into a project. Trying to search for something from scratch under a project title is tough and won’t always give you the results you want. Therefore, I would usually start with the latter when I realize that I have a number of photographs with a common thread (this is what we do at Burn My Eye with our Visual Correspondence game). What differentiates projects from professionals with those undertaken by amateurs is access to places and people. However, each one of us has access to some places that others don’t because of our work, friendships or hobbies. Therefore I would suggest that amateurs look at the places they have access to and build a project around them. This might take a few years, so be patient. – Andrew Kochanowski 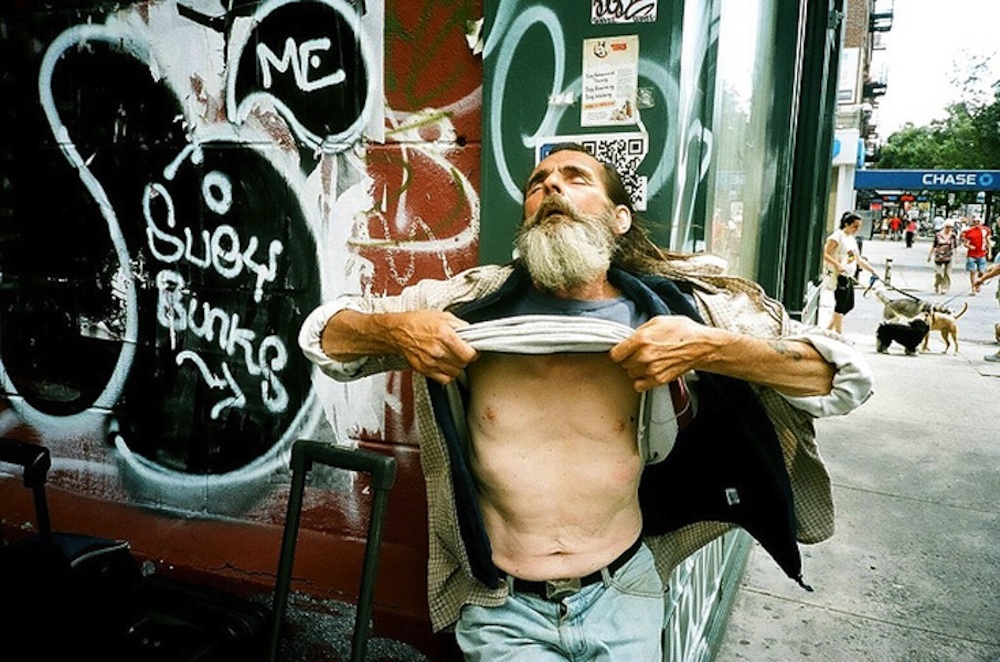 Q: What kind of vision do all Burn My Eye members share?

A: We all see the world differently and feel that this diversity comes out quite well in our collective. However, we all strive to take memorable photos that have parts of us in them. – Justin Vogel 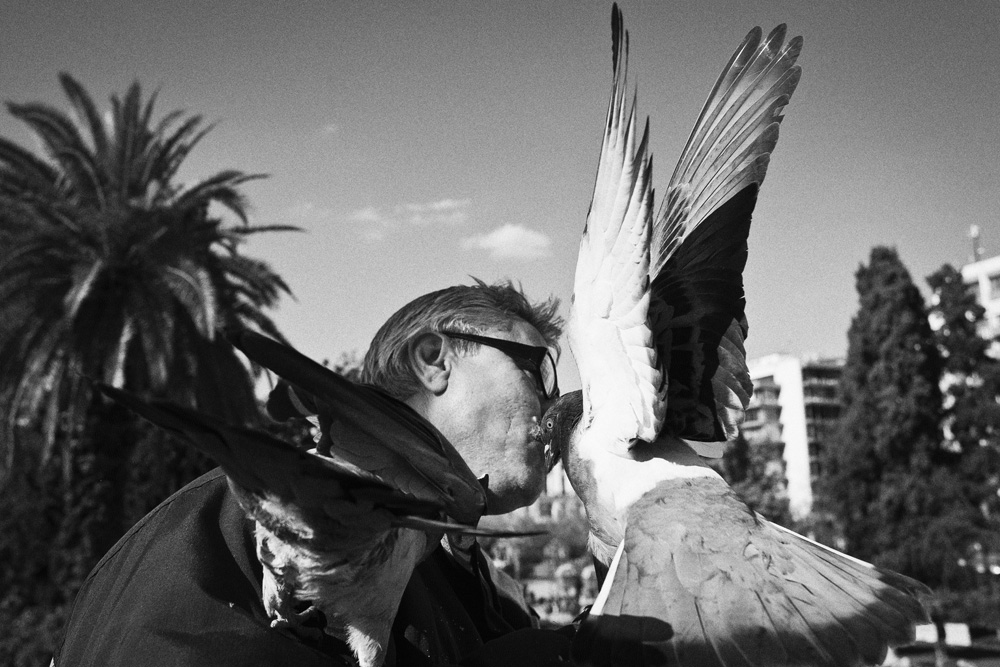 Q: What is the manifesto of Burn My Eye – what do you guys wish to achieve through this collective?

A: We don’t have a manifesto as such. We have developed very organically. Alongside the development of friendships, creative support and inspiration, we would like to exhibit as a group and perhaps produce a magazine or a book. Our aspirations are quite humble. We have just started, and there are many destinations our journey could take. – Zisis Kardianos