I had become frustrated by the chaotic nature of my work, and felt unconfident about sharing my own view of the world. One month it was night photography, the next colour landscape, and then it might be “street”- great for learning new techniques, but not for building a cohesive portfolio. Strong themes had begun to appear, but my output was all over the place – I had to focus on a small number of projects and one style.

So I spent time looking at the sort of pictures I was interested in alongside those of my own that I was happiest with, and I made a conscious decision about the kind of images I really wanted to make. The divergent strands and unexplored ideas had to stop, and I decided that my personal projects would be made with 35mm, black and white film, which I knew would make me work hard and think harder.

Bruce Davidson nailed it in his recent Leica interview. “…People tend to stop too soon…they don’t stay long enough. If you’re going to photograph anything, you have to spend a long time with it so your subconscious has a chance to bubble to the surface.” That was me, until I forced myself to change my habits, and realised that photography is not a race, and that the very best spend a long time developing a distinctive signature style. 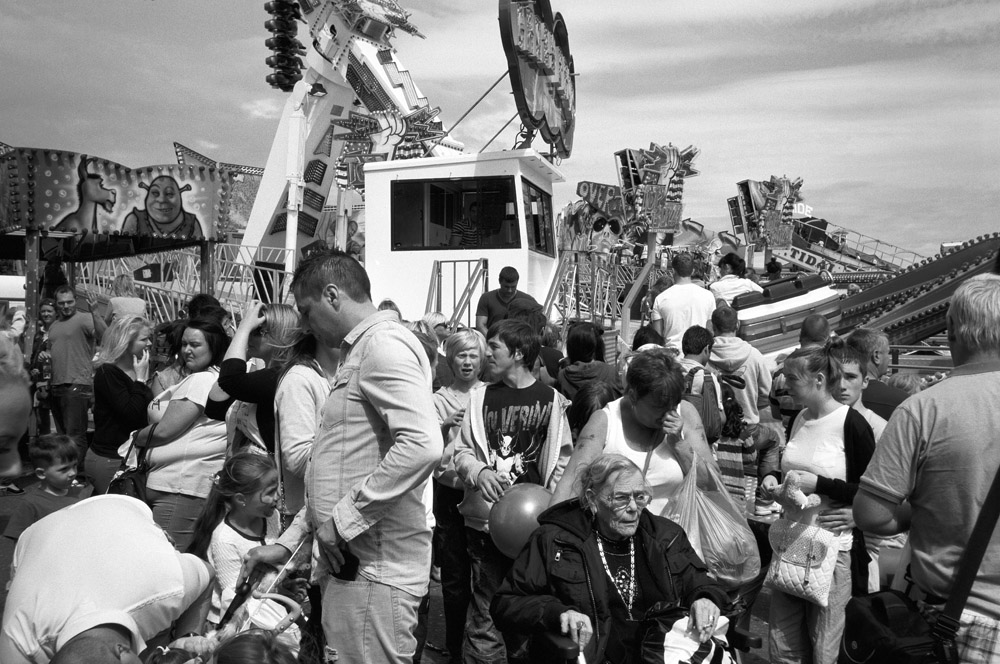 Initially I found gaining distance from my own work hard, so feedback from friends, photographers and curators was crucial, although I didn’t always want to hear what they have to say! Even constructive criticism can hurt when you’re old enough to think you know best and are wrapped up in your images.

They told me to stick to one style of picture and to make work that feels like a series, and that’s what I have tried to do for three years now. My Leicas are an important part of this process, allowing me the consistency and quality I need.

My search for clarity began by picking strong single images as a starting point and as first steps in the process of fully exploring a topic. It is often recommended to use an output such as an exhibition or a web gallery to focus and refine a body of work, and my goal was to use the resulting sequences to create new galleries on my website and also to make handmade artist’s books. This also meant that I needed to learn new practical skills, a challenge I find invigorating. 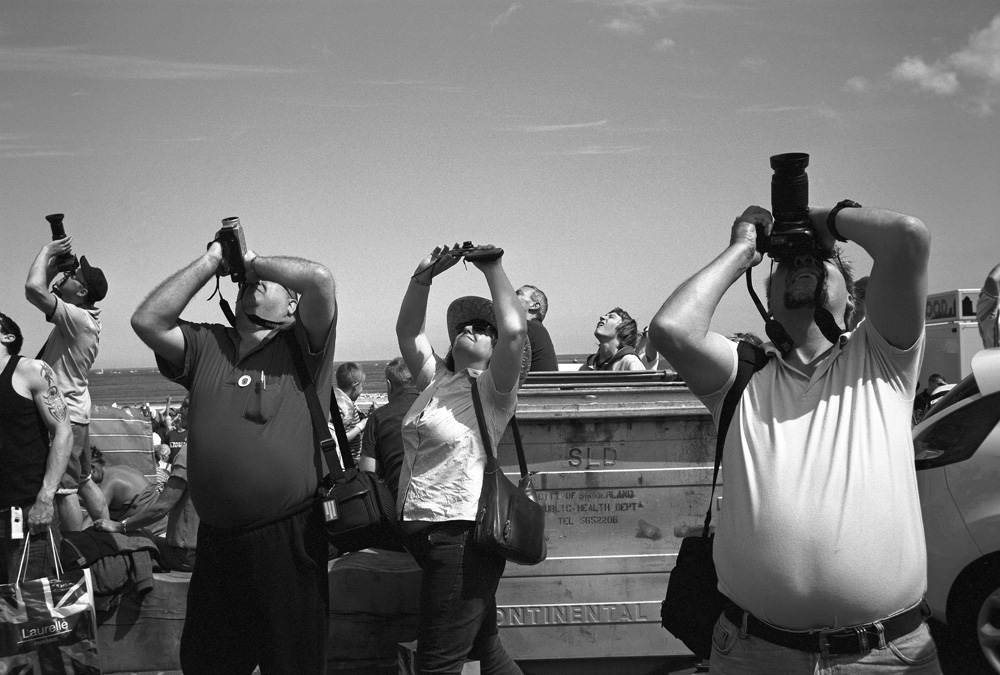 Deciding to make the books not only forced me to choose which images are really important and to find new connections between them, but importantly made me examine my relationship with certain pictures, bringing a better understanding of the work. This process has allowed me to come to terms with my work through selection, printing and sequencing, rather than just collecting images in endless hard-drives and folders. What I have come to realise is that the content I am constantly struggling with in my pictures is actually what drives them and gives them life.

Many photographers most successful pictures are made close to home, and in tough economic times it makes sense to maximise whatever is on your doorstep. Every summer, only half a mile away, the City of Sunderland holds an air show. Over two days, civilian and military aircraft display over the ocean in front of hundreds of thousands of people. For three years I had tentatively photographed the event, but in the last two years have invested a lot of time in an attempt to “finish” the project. This year I actually found myself making pictures that I knew would fit into my narrative, and the sequences I had in mind, and even managed to stop myself repeating what I already had. The time spent planning and writing out lists of potential shots paid dividends.

Going back to Bruce’s words, I now realise it took me a few years at the show before I saw the true nature of the event, but that time was not wasted, as familiarity allows me to peer below the surface. 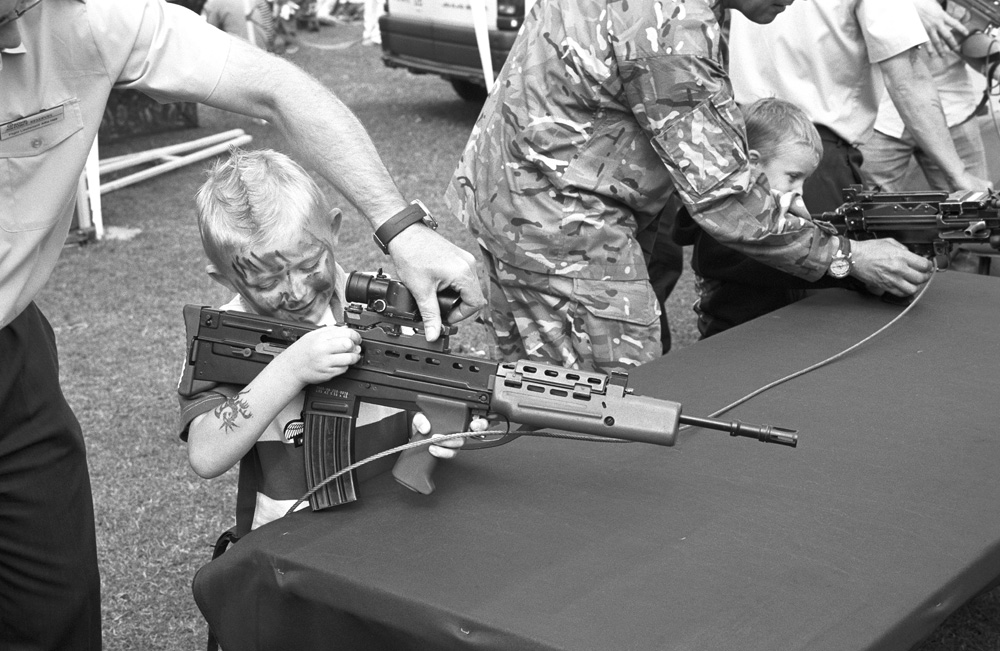 The air show markets itself correctly as a family day out. The flying display is often a small part of the programme, and many people are drawn to the beach, fun fairs, and the fast food and promotional and toy stalls. Alongside the consumerism are the Army and Air Force Recruitment and PR teams, unarmed combat displays, charities for wounded soldiers and their families, and the real guns for smiling children to “fire” at their smiling parents, who record the event with their camera-phones. It all seems like a microcosm of modern life, full of disturbing contradictions that seem to pass unnoticed.

Three years on, I would not call my any of my projects “complete.” I am too much of a perfectionist for them ever to feel closed, but now I am more confident that my concepts and pictures are tighter, and that they communicate much better than before, and that’s what it’s all about.

To see more of Roger’s work, visit his website.