Las Vegas odds-makers probably never considered the chances of New Orleans being visited by another hurricane seven years later on the very same day! What would those odds be? Who knew Mother Nature was going to be so cruel. As the Tropical Storm Isaac moved slowly through the Gulf of Mexico, two thoughts kept going through my head. First, the storm would never materialize and we would only experience tropical rains, a very wet few days. Second, if it did become a hurricane it would turn away from us and go somewhere else. Waiting and watching the hours creeping by, there was no clear understanding of how this storm was going to act. 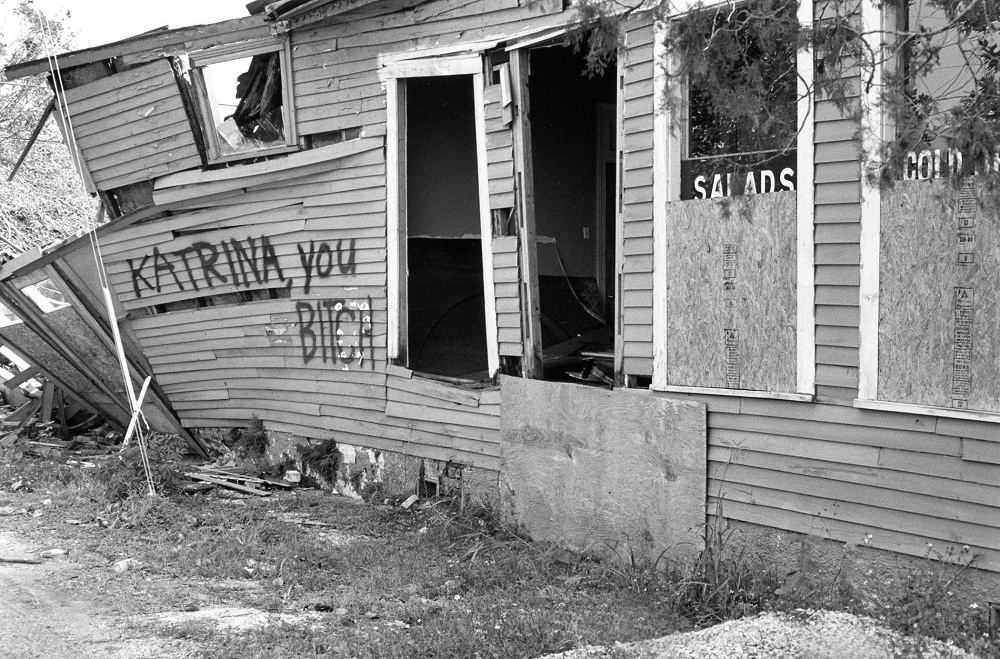 It was almost impossible for me to imagine a replay of Katrina. I stayed through that storm in the company of the Poor Clare Nuns in their Monastery. After a few days and it become apparent things were going to get a lot worse before they returned to normal. The Sisters left New Orleans and I stayed in their Monastery to protect and secure it from looters. Subsequently, I ended up staying there for over forty days living off a generator for most of that time. Peanut Butter sandwiches and water were my culinary mainstays.

As I was remembering Katrina, seven years ago, calculating Isaac and what was lying ahead of me, I had to start formulating my plans. My life had changed, now married, with a son. The Sisters now had a large and powerful generator, giving them enough power to stay if the levees held and the storm wasn’t too severe. Of course my photographic nature and background dictated that I stay and shoot. With Katrina I ended up publishing Katrinaville Chronicles, my first person account of what happened when Katrina hit, the levees failed and the city came apart. Of course I just couldn’t imagine that happening again. Plus all the photographers realized by leaving for Katrina they missed one of the most important stories of their lives. So, I’m sure where I was only one a very few that stayed for Katrina there would be dozens staying for Isaac! 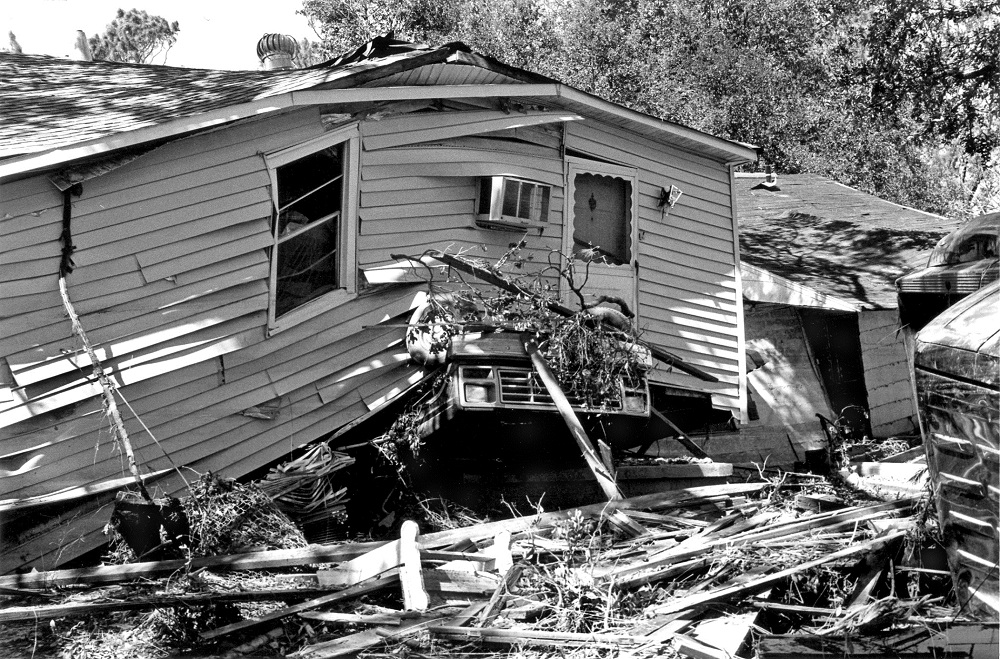 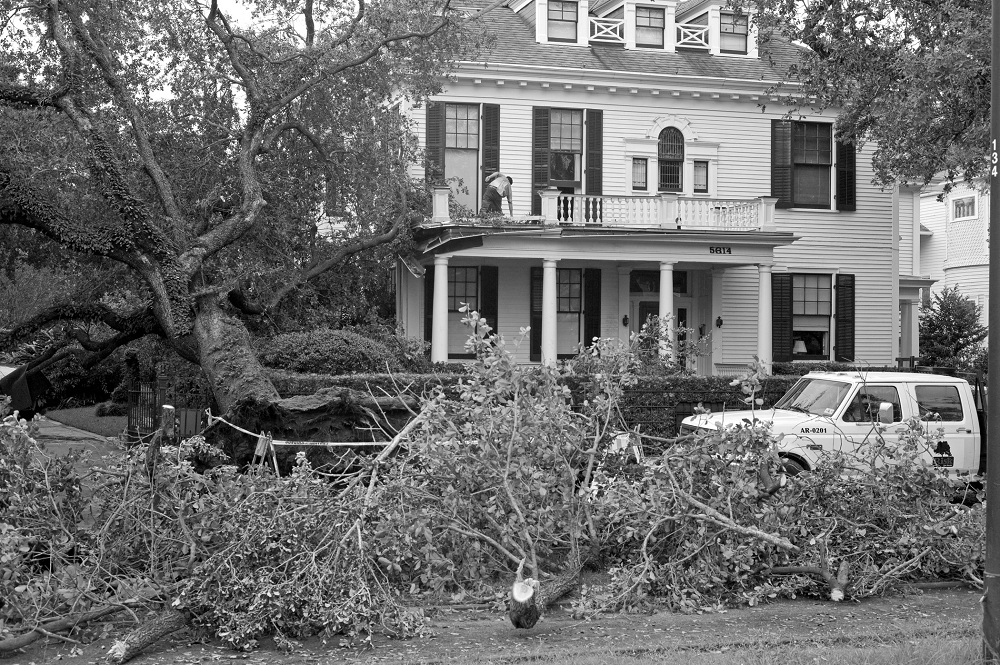 As time crept by, thinking and pondering how I would shoot Isaac differently. Were there things I missed in Katrina? What was going to be the visual storyline I was going to try to develop and follow? All this and more was rattling around my head. As a family, where were we going to go?  How were we going to stay safe? Batteries, generator, gas, food and all the other supplies needed were on hand when the lights would go out. Putting our two cars in different places increasing the odds of having transportation if a tree fell or something happened to one, the other would be safe. All the while watching and thinking this isn’t really happening. Landfall was now being predicted to take place on the 7th Anniversary of Katrina.

The good news clearly and quite simply was that Hurricane Isaac barely made Category 1 status. Secondly, and probably more important, the federal levee system surrounding New Orleans area all though not complete worked beautifully! 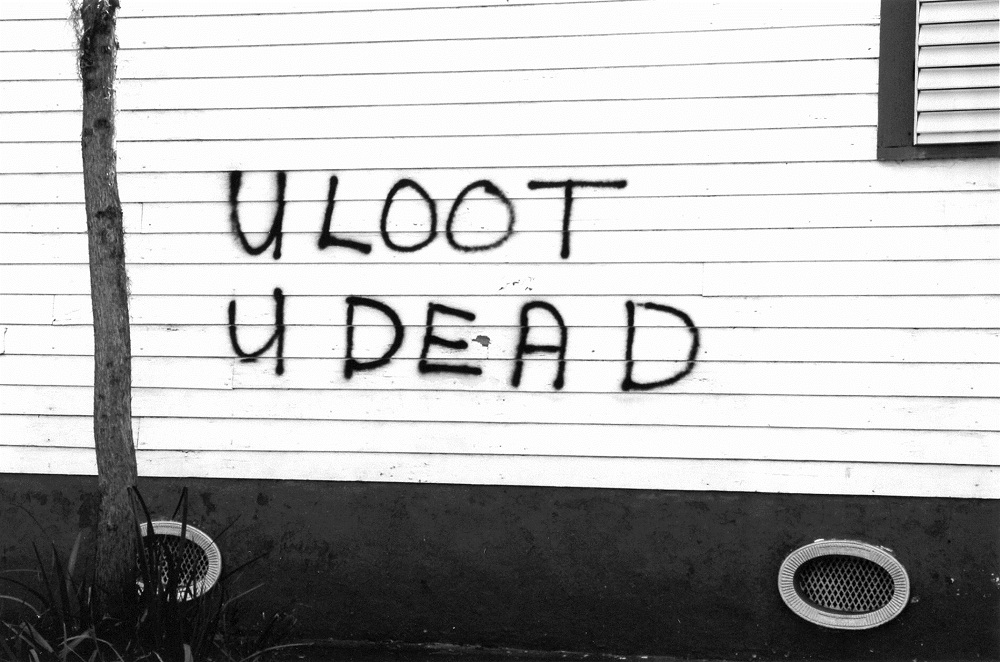 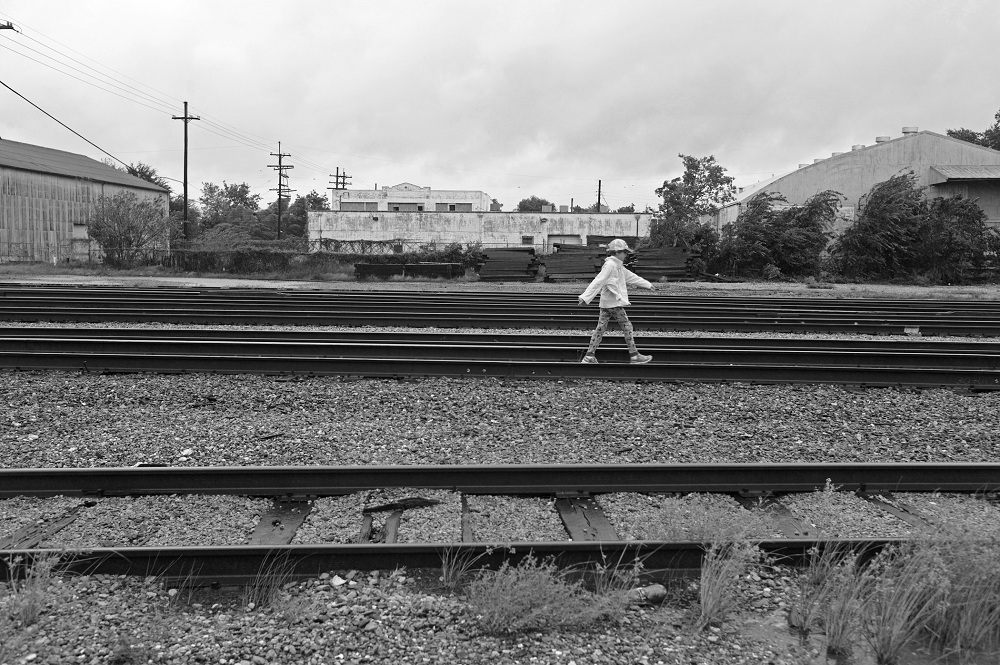 The bad news was Hurricane Isaac was so slow moving that it dumped rain and lots of rain over the area that was completely saturated from a very wet summer. The winds blew and pounded us for more than 24 hours. Taking down trees, power lines leaving us with a huge mess to deal with once the winds stopped blowing.

Hunkered down in our house, first watching the TV until the power went out, then retreating to the Internet, losing that once the DSL lines were knocked out. Falling back to the trusted battery run radio we waited for each and every update. As the night wore on and the dawn was arriving it was apparent this wasn’t going to be even close to a Katrina. Later in the morning I decided I needed to get out and check things out. Knowing the streets were going to be impassable, as I did after Katrina, I put on my running shoes and took off. Knowing probably what you are thinking, “he must be nuts.” Well of course I am I’m a photographer and a runner. To confirm that fact, I have run, without missing a day for over 18.5 years!

After Katrina when I went out to scout, the first thing that hit me was the silence! Once outside the first thing that hit me this time were the noises from the generators. It was very pronounced and in time annoying. On my run, all I was finding were some downed trees, power lines. I wasn’t finding any collapsed buildings, ripped off roofs. Some of the remaining Katrina destruction was blown all the way down but clearly this wasn’t going to be the photo story that Katrina was. As a photographer, somewhat disappointed there wasn’t going to be an ongoing story, as a husband and father I was extremely happy and thankful we weren’t going to go through the Katrina “hell” again! 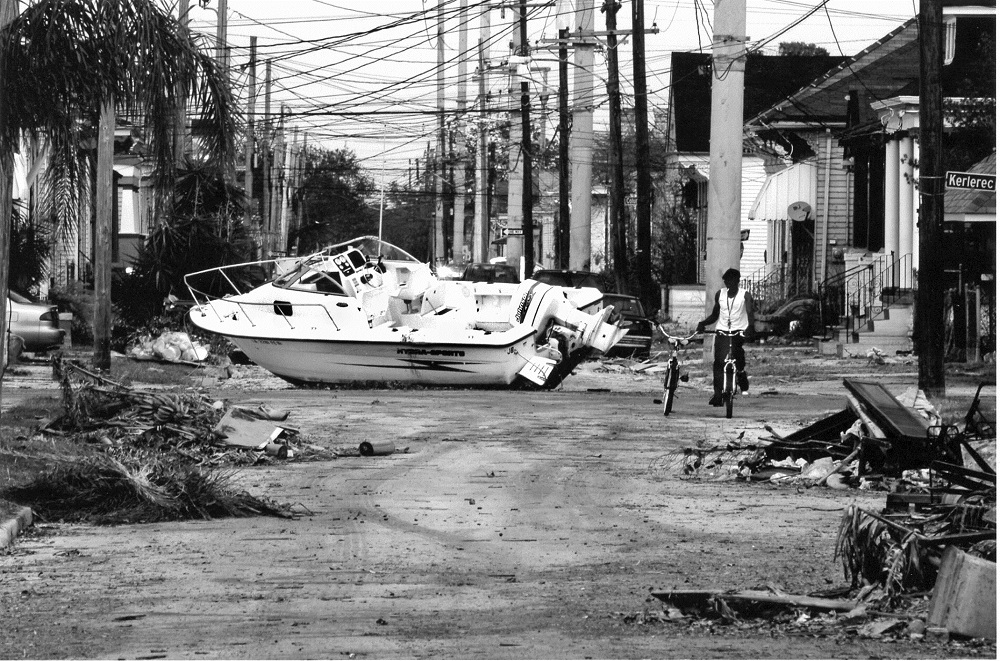 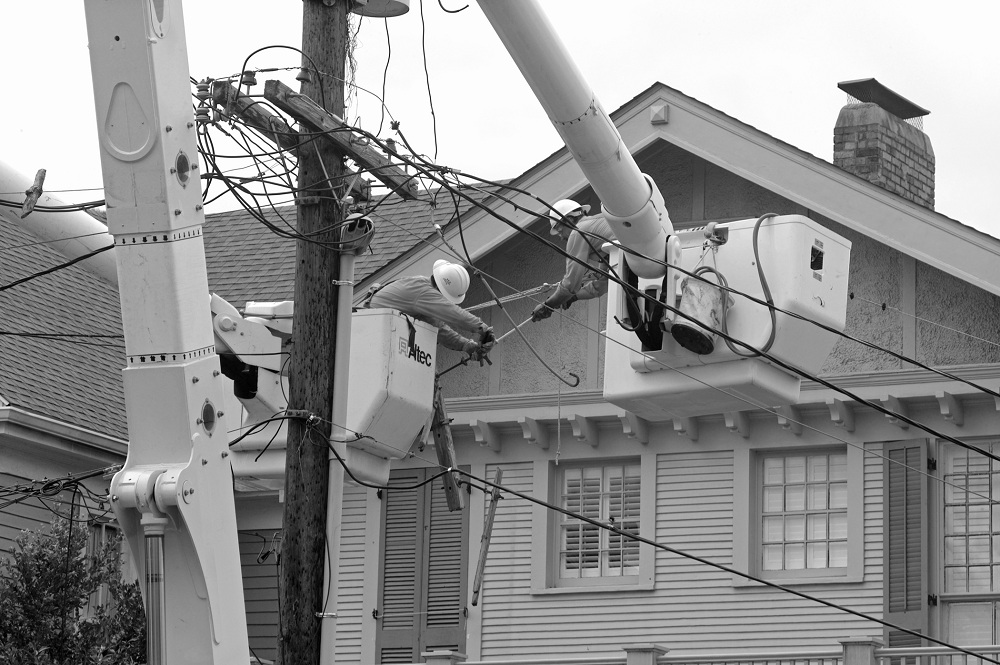 It was quite a while before I even started taking pictures of Isaac, but of course my photographic blood wouldn’t allow for me to not shoot something. Even though the Katrina bench mark was so much higher than Isaac’s. With my M9 and my three lenses I starting finding some images I wanted to photograph. During Katrina that wasn’t my problem. As a matter of fact, the number of possible pictures was so great I felt constantly overwhelmed. As a photographer, as one person how was I going to tell the story? There were five or six photos in front of me, dozens to the left and right, who knew how many where behind me? Everywhere I went, in very neighborhood there were pictures screaming to be taken. How was I going to tell the full story of Katrina? Then thinking about our two-dimensional medium of photography, whether or not you liked my pictures or not, they were lacking three very important elements! Standing in front of or holding one of my prints you will never experience the heat, the silence and the never to be forgotten smells!

We all know that each and every assignment is different; each and every event produces new and different challenges. As photographers we are constantly being confronted with problems, so quick and creative thinking is a mainstay of our lives. Isaac vs. Katrina did that and more. One of the most haunting occurrences was the fact that they both happened on 29 August 2005 and 2012! It was also very important not to let Katrina dictate the tone and tenor of my work. Katrina was Katrina and Isaac was and will always be Isaac. As it turned out Isaac was and is a much smaller story for me and my photography. This pleases wife, my son and me!