The Mermaid and the Curmudgeon

One summer’s afternoon, a photographer strolled lazily upon the beach. His mind vacillated between dreams for the future and recollections of the past, while he avoided most adroitly any thoughts of substance.

On the seawall above him, bicyclists zipped to and fro, and he pondered how mankind could still fancy such a primitive mode of transportation some 50 years after witnessing James Bond tool around in a jetpack.

The naked girl materialized from the surf, and sauntered most purposefully across the man’s path. But unlike Ms. Andress, who seemed quite miffed to find Sean Connery upon the beach, this Ms. Undress was rather cavalier toward the photographer’s presence. He wanted to believe this was because he was far more handsome and dashing than Sean Connery, but suspected a more likely explanation: that the girl from the sea was simply a bit of an exhibitionist.

In spite of being a photographer, the man completely forgot that he was grasping a camera, and had the mermaid not nodded toward it with a coy smile and a tacit acceptance, he would very likely have failed to take a photo.

The photographer was one of those grouchy, anti-zoom, fundamentalist types with a penchant for wide angle lenses and a righteous attitude that no one ever needs carry more than a single lens of a single focal length. On this day, he happened to have a 21mm Elmarit lens mounted to a Leica M2. Though now quite painfully aware of the error of his ways, he snapped a photo anyway. 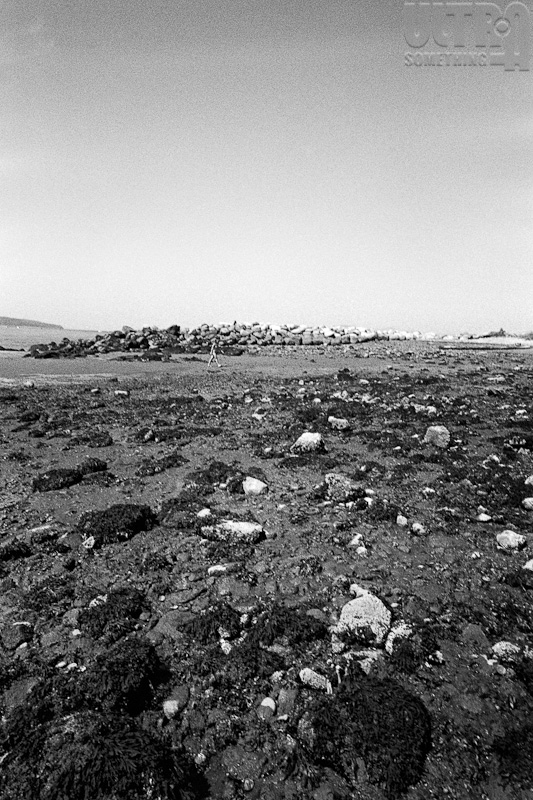 The only thing sadder than an unprincipled existence is a principled one.

The Stradivarius and the Punk Rocker

Once upon a time there lived a man vicariously through his camera. Like others with a derivative existence, he was forever searching for increased lucidity within his surrogate world.

As a photographer, he did as others before him: he sought that lucidity in the form of the immaculate image — a quest that lead him to appreciate quality camera equipment and, most specifically, quality lenses.

The man had a profound fondness for a particular league of sorcerers, who practiced their spells and incantations in the fabled land of Solms. There, through a combination of alchemy, mathematics and secret incantations, these magicians crafted looking glasses with preternatural abilities. The man was infatuated with the way these enchanted discs translated and transformed the world — how that world glowed and sparkled; how its colors teased his retina; and how it unambiguously revealed its tiniest secrets.

One day the wizards from Solms loaned the man a parcel, within which resided one of their most mystical lens creations. He knew of this particular lens’ legendary powers, and had witnessed its grandeur through the altered realities of other photographers. So, like them, he set forth and photographed luminous blue oceans, velvety green foliage and autumnally amber sunsets. And each time he would do this, he would throw up a little in his own mouth. Because, while this lens had a profound capacity to paint the most sensuous dreams imaginable, they were not his dreams. 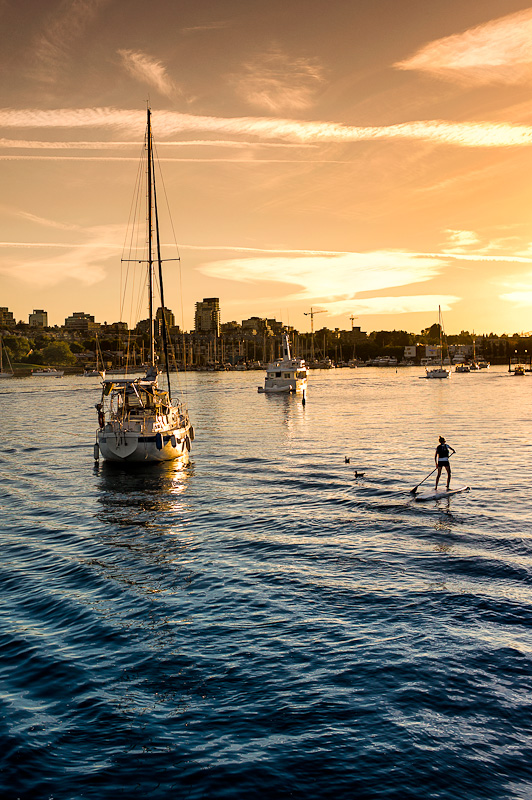 He was, you see, a photo punk — more Strummer than Clapton; more Stravinsky than Mozart; more Lee Morgan than Louis Armstrong. For him, passion trumped technique. Visceral trumped visual.

In the eyes of many, lending this man a precision optic was akin to giving a Stradivarius to a punk rocker. The rocker may audition it clumsily with an appropriate stab at Brahms, but would inevitably cast the instrument as a caterwauling accompaniment to his latest cacophonous sonic assault. And all those who sought to pigeonhole the instrument would cover their ears in horror.

And the simile was fair and just, because the photographer indeed removed this beautiful lens from its beautiful surroundings, and carried it onto the ugly streets — casting it as an interpreter of a tortured anti-fidelity where images are as flawed as the world he photographs, and where beauty is something he feels and not something he sees. And all those who sought to pigeonhole the lens would cover their eyes in horror… 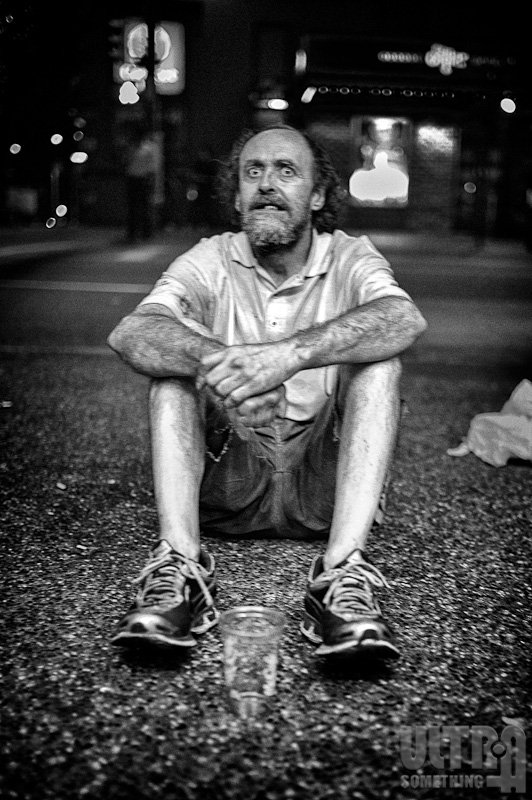 A tool used as intended is an avenue unexplored.

ABOUT THESE PHOTOS: “Illustration 1: The Mermaid and the Curmudgeon” was shot with a Leica M2 and an old Leica 21mm f/2.8 Elmarit-M pre-ASPH lens on ADOX CHS-100 Art Film, which I developed in a 1:50 solution of Rodinal. “Illustration 2: Maximum Banality” was the very first image I shot with a borrowed 35mm f/1.4 Summilux lens mounted to my Leica M9. “Illustration 3: The Stradivarius and the Punk Rocker” was shot with the same equipment about 2 hours later, once I’d gotten the banality out of my system. And yes, the third image does violate my “do not photograph panhandlers” principle, but I admire this fellow’s dedication (he’s in the exact same spot every weekend, every month, every year). So I took a little advice from my own opening parable…

grEGORy simpson is a professional “pounder.” You may find him pounding on his computer keyboard, churning out articles for both the Leica Blog and his own blog at ULTRAsomething.com. Or you may hear him pounding on a musical keyboard, composing music and designing new sounds. Frequently, he’s out pounding city pavement and photographing humans simply being. And that sound you hear? That’s either the sound of him pounding on doors trying to get hired or, more likely, it’s the sound of him pounding his head against the wall when he doesn’t. Fellow pounders are welcome to follow along on the ULTRAsomething Facebook page or G+ account.