This video showcases Carlos Javier Ortiz’s work documenting migrant workers in Illinois and the violence that is prevalent on the streets of Chicago for the Facing Change: Documenting America (FCDA) project. FCDA is a non-profit collective of prominent photographers and writers who have come together to explore the United States during one of the most enduring times in the nation’s history. The project hopes to build a forum to chart the nation’s future. Sara T’Rula, the interviewer, is a photographer working on cultural and political issues, and is based in Liverpool, England. In addition to shooting her own projects, she assists John Davies and Ed Clark. At photokina 2012, she grabbed ten minutes to talk with Carlos Javier Ortiz about FCDA where he delves into what the project is and the purpose behind it.

Q: So Carlos, our readers are gonna be interested to know who you are and a little bit about why you’re here at photokina?

A: My name is Carlos Javier Ortiz and I’m here at photokina in support of Facing Change: Documenting America, it’s a project that we’ve been working on for the past three years. Facing Change is a project about America and the social issues that are going on, as well as a documentation of our country right now, and what states it’s in. And basically it started off as an idea, after Barack Obama was elected, to look at the country and see what things were happening around the country. It started off as an influence from the FSA project, which was the Farm Security Project in the late 30s and early 40s. 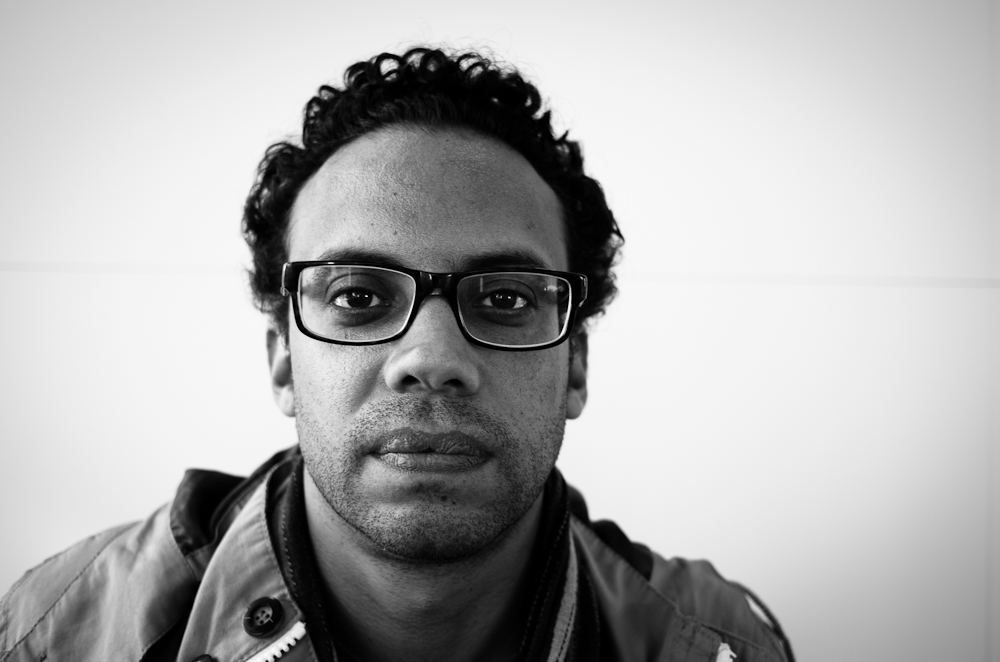 Q: So how many people are involved in Facing Change, how did you come together?

Q: A diverse group of visions?

Q: So the exhibition on show here at ‘Kina – is that the finished product? Or is it a work-in-progress in the sense that you’re going to continue working on this theme?

A: Oh it’s definitely a small piece of a large, large pie that we’re working on, and we’re going to continue working on for a number of years. It [The Leica photokina Facing Change exhibition] is just ten stories from ten photographers, in…basically a year. And we all took our own time to do these stories, but we basically produced them very quickly, in the span of two or three months, just went out, got in our cars and in the planes and the trains, and just hung out with people.

Q: And the work you’ve done for this has been on migrant workers, so how does that fit with your work before being part of this project?

A: Well, sure, y’know the work is on migrant workers, it’s on the workers who have been breaking their backs for basically nothing, most of them are illegals, and some of them are in the United States on visas, but they only have permanent visas for 2 or 3 months during the picking season and the harvest, and they basically a lot of them actually have been coming to the United States for 12 years without getting, um, and serving our country in a way, they’re feeding people for very cheap, we get very cheap food, for basically nothing but that comes at a very steep price.

Q: What kind of price?

A: So the work they do comes at a certain price, I mean, these men and women work 12 hours days, sometimes they get tobacco poisoning from picking the leaves in the wet, in the rain, and I just wanted to show that glimpse of the other America, the America that people don’t actually pay too much attention to, and some of these people are persecuted because they’re in the United States illegally, which is another issue, but I really wanted to show their humanity, who they are.

Q: That humane portrayal of the unknown is close to your heart?

A: Y’know, I, when I was growing up, when I was a kid I saw a television news-clip of a guy that was trying to cross through the Rio Grande and he drowned. He was quite young, and he drowned coming here, coming to the United States to look for a different opportunity in his life, and that shouldn’t happen, y’know? We’re all part of earth, we’re all part of this global society.

Q: And it’s great that Leica have supported you in framing that discussion, but how did the connection with Leica come about?

A: So Anthony Suau spoke with Dr Kaufmann, and right away he felt that he wanted to support this project, and he gave us Monochroms and S2s and M9s and, basically, we went out the door, he said “here you go children, go play, go do your work,” and y’know I thank him and his family for that. Not many people, y’know, this project is hanging by a little wire, and he’s actually made that wire stronger, so…we appreciate the love, we need that support to keep doing our work, and it’s people like him who are fortunate to help other people be fortunate and that means a lot to us, so he’s doing a great part in his humanity.

Thank you for your time, Carlos!

With warm regards to our friends at FCDA, learn more about their work by visiting facingchange.org , their Facebook page and Twitter. Visit Carlos’ profile here.