This video showcases Danny Wilcox Frazier’s work documenting rural issues across the United States for the Facing Change: Documenting America (FCDA) project. FCDA is a non-profit collective of prominent photographers and writers who have come together to explore the United States during one of the most enduring times in the nation’s history. The project hopes to build a forum to chart the nation’s future. Sara T’Rula, the interviewer, is a photographer working on cultural and political issues, and is based in Liverpool, England. In addition to shooting her own projects, she assists John Davies and Ed Clark. At photokina 2012, she grabbed ten minutes to talk with Danny Wilcox Frazier about FCDA and his part in it.

Q: Great sitting down with you at last, Danny! (Laughing) Can you tell the readers a little bit about yourself?

A: My name’s Danny Wilcox Frazier, I’m a photographer from Iowa. Iowa’s a state in the middle of America, and I mostly cover rural issues in the midwest but, for Facing Change, I’m looking at rural issues all around the country.

Q: Facing Change, that’s a collaborative project, a team of different photographers making work, so what has that been like? Is that different to the way you usually work, and have you learned anything from it?

Danny: Yeah, Facing Change is a group project that y’know has brought together a really diverse group of voices; it’s people with really unique outlooks on America, and people who have been very committed to covering issues in the country for a long time. It’s primarily where I work, and some of my colleagues do work internationally as well, but others y’know are also, their work is dominated by photographing the United States. 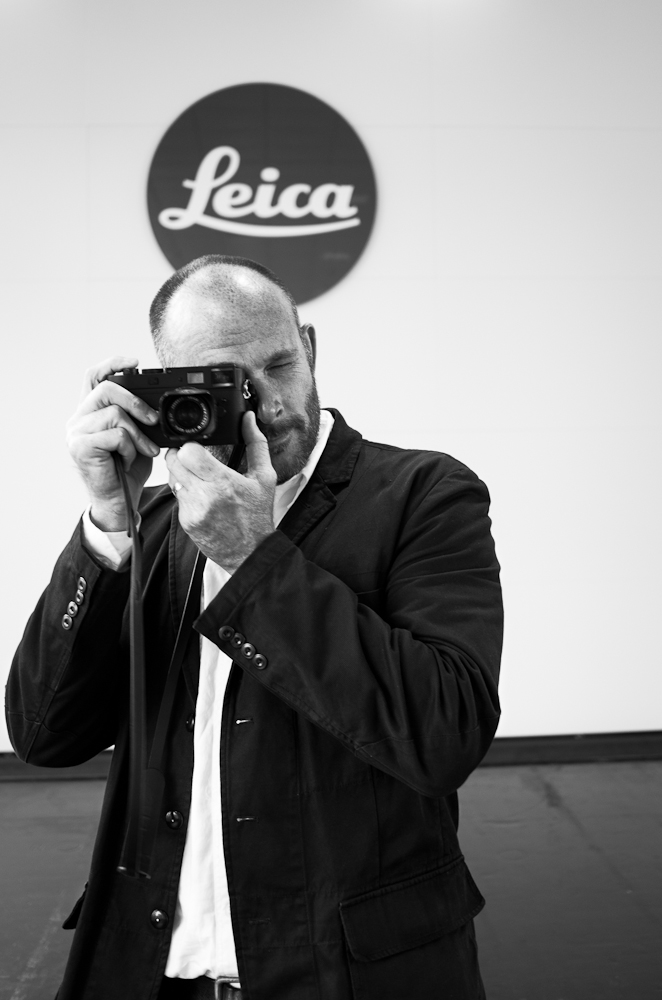 Q: And the work will be archived somehow?

A: It’s a group project that is partnered with the Library of Congress, so we’re very much in the tradition of the FSA, of the Farm Security Administration. Y’know, there are differences – we don’t work for the government – the FSA was a branch of the government but we do have the partnership with the Library of Congress, which is a very important thing because we know this work will live well beyond us, and will hopefully be studied so this time in American history is reflected upon and better understood by those who come after us.

Q: And there’s something to be said for a project realised on such a large scale. It’s not often you can get 10, 12 photographers developing projects simultaneously on a larger theme, and it offers a different perspective than one essay shot in isolation from a wider context.

A: Yeah, y’know, I was a grad student at the University of Iowa and had the opportunity to start freelancing full-time, and have been able to stay in the Midwest, stay near home, so my children are being raised around and with family, and that’s really important but the one thing I always felt like is that I’m kind of working in this…working very alone. (Laughs)

Q: I know that feeling! (Laughter)

A: And Facing Change has created a community for me, that I’ve drawn great inspiration from to continue pushing my work, going to these y’know really disconnected, forgotten locations across the rural Midwest and push myself to do work, and y’know it’s organisations like Leica, and the Open Society Institute that have supported us, and other publications have supported as well, but that support has enabled us to go out and do this work.

Q: And it’s work that isn’t being covered by the mainstream press?

A: It’s work that isn’t being covered by the mainstream press, y’know, it’s difficult. Sometimes it’s difficult to get the time necessary to do this kind of work, and there just aren’t a lot of publications that have the budgets. There’s editors who care deeply about this work, but if there’s no budget there, there’s nothing an editor can do. Now, when you have a sponsor/organisation like Leica, who can help us go out and invest the time necessary to do the work right, to create those relationships, you’re allowed that freedom of time, you’re allowed the time necessary to create the relationships to make those very emotionally impactful images.

Q: And editors are going to want to use that work?

A: Editors are gonna wanna use that work, and the piece that I did for my Leica commission was published on MSNBC.com, of course it was first published at FacingChange.org, and it reached a lot of people. And I was afforded the time to go and do that work, and it’s work in the Badlands of South Dakota which includes the Pine Ridge Indian Reservation. So it’s through this kind of collaboration with socially aware companies, socially concerned companies, and concerned photographers, that we’re able to create, I think, a collective body of work. Because this goes way beyond just me and my work and rural America, we have photographers all over the country.

Q: Photographers all over the country?

Thank you for your time, Danny!

With warm regards to our friends at FCDA, learn more about their work by visiting facingchange.org , their Facebook page and Twitter. Visit Danny’s profile here.