Kai Löffelbein, born in 1981, is a German photographer who currently resides in Hannover and Berlin. He studied political science at Philipps-Universität Marburg and Freie Universität Berlin and photojournalism and documentary photography at the University of Applied Science and Arts in Hannover. His work, which shows the effects of socio-political and economic processes on common people, has been exhibited internationally in numerous shows and festivals. We previously featured Kai on the Leica blog when he received the 2012 UNICEF Photo of the Year award for his photo report on the Agbogbloshie toxic waste dump near Accra, Ghana. Now we had the chance to speak with him about his recent reportage “World of Wire,” depicting the lives of people living in cages in Hong Kong, which can be found in the latest issue of LFI.
Q: You’ve studied both photojournalism and political science. Do you feel your background in political science helps your photography or provides you with insight?
A: I am sure everything we do influences us in a certain way. When you study political science, you really get used to analytics, methods and structures. Of course, that helps to do solid in-depth research when starting a new photography project. Studying political science most importantly helped me develop my own view of the world.
It’s not enough anymore that photographers show us exotic places. Twenty years ago that might have been ok. Times are changing. When you switch on the TV, you can watch documentaries from everywhere in the world. A good photographer is a storyteller, a reliable filter of his seen and felt reality. My study of political science in Berlin was a turning point. I became politicized and interested in social issues, not only because of my study, but also through other students and political circumstances like the Iraq War in 2003. 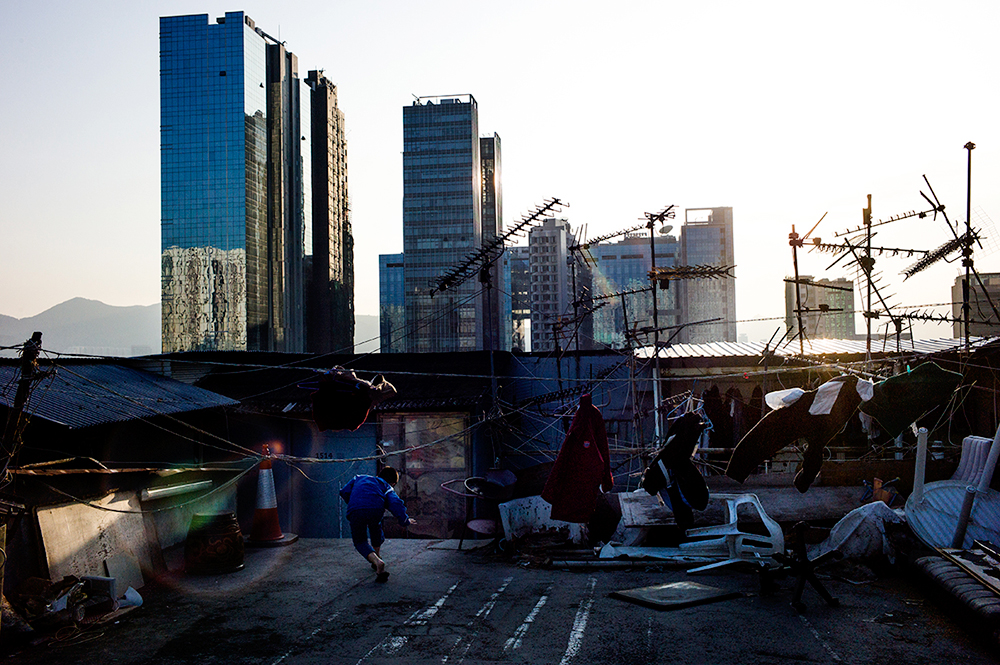 Q: When did photography first interest you? When did you know you wanted to become a serious photographer?
A: My father was a passionate amateur photographer. He traveled around a lot and brought home many slides. Oh, I remember long evenings looking at his slides quite well. When I was 16, I did an internship in an old-fashioned photo studio. This small studio was located in the middle of nowhere. They found out that I was quite skilled in operating the C-41 machine. Day in, day out, I developed heaps of film. Thanks for that! It wasn’t the photographer life I expected. Perhaps this is the reason that it took me some years of doing other things before I became a serious photographer. 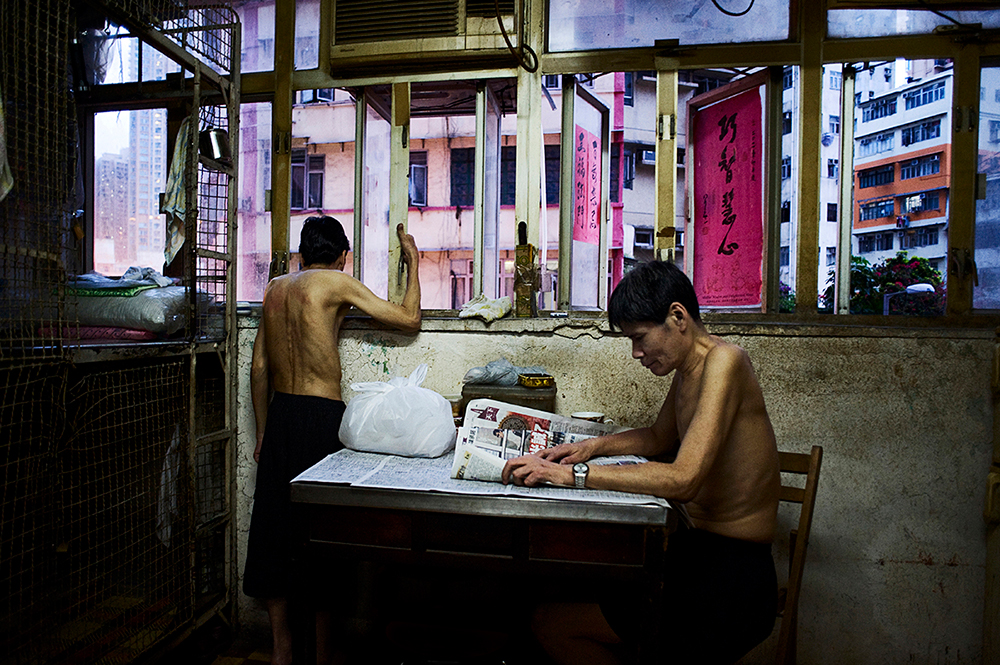 Q: Can you tell us a little about your education and training in photography?
A: I studied reportage and documentary photography at the University of Applied Science and Arts in Hannover, Germany. The university is a really good choice especially if you have a journalistic approach in photography. The lectures and courses offered are more about the pictures and stories, less about techniques. You also have courses about media ethics and rights. Rolf Nobel, a professor and photojournalist who worked worldwide for several magazines, is doing a great job there.
Q:  What camera and equipment did you shoot the “World of Wire” series with and why did you choose it?
A: I worked with a Leica M9 and used 28 mm, 21 mm and 35 mm lenses. I really enjoy the handy size of the camera. It does not frighten my subjects. 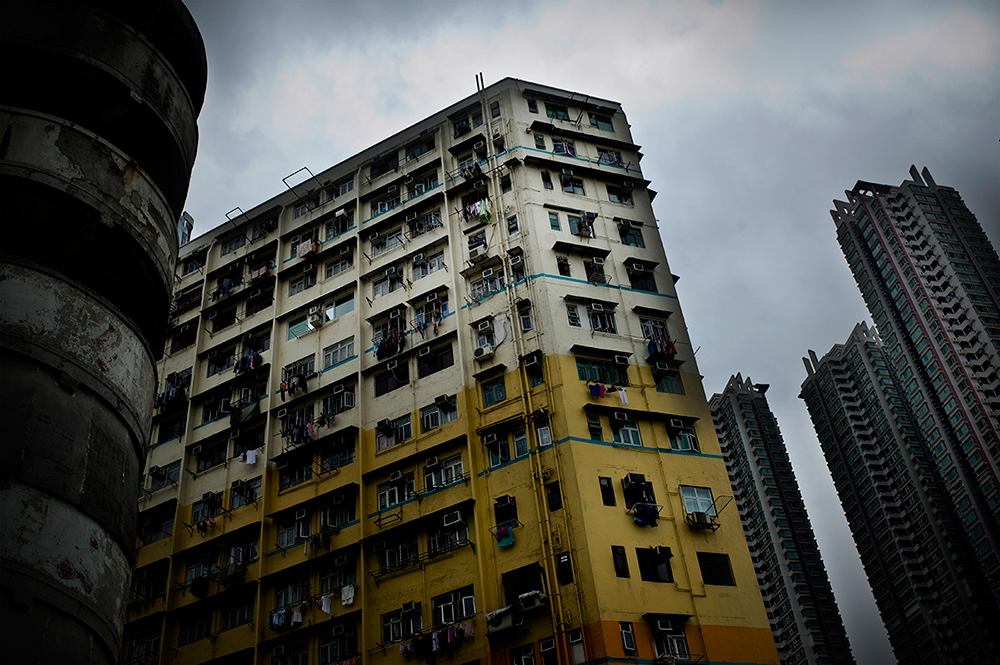 Q: How would you describe your photographic approach in shooting this reportage? What was the inspiration behind the idea to do this series?
A: In early 2012, I first heard about the living conditions in Hong Kong. In the article they mentioned that around 130,000 people, including 20,000 children, are living in cages and wooden crates. I teamed up with the Society for Community Organization (SOCO), a non-governmental aid organization that employs a few social workers. They helped me get access into this world.
When I visited the cage people for the first time, I was really shocked by their living circumstances, especially because of the huge social gap. Hong Kong is a really modern and rich city. While ever more luxury shops open just a few streets away, many people can no longer afford the increasing rents.
In most cases, my approach and how I visualize the story change while I am shooting. Of course many things can happen or they change while you’re planning your story far away at home. There is always another point you can not foresee; I really had to feel the claustrophobic environment for myself to find out that it would become a central theme for the pictures.
Another point I tried to show was the invisibility of this housing problem. When you walk around in this modern, prosperous city, you would never know what is going on behind the large apartment blocks. It’s a hidden world; 130,000 people living in this condition is an incredible number.
Q: Did you want the reader to have a specific reaction to these photos, or did you want to elicit a certain emotion from the viewer?
A: While I am working I don’t think about reactions of possible viewers. I don’t want to manipulate someone. But the pictures do reflect my own feelings I had while being with the residents and my opinion about their hopeless situation. The pictures and mood of the story is quiet and dark. The perspective of the cage people couldn’t be worse. 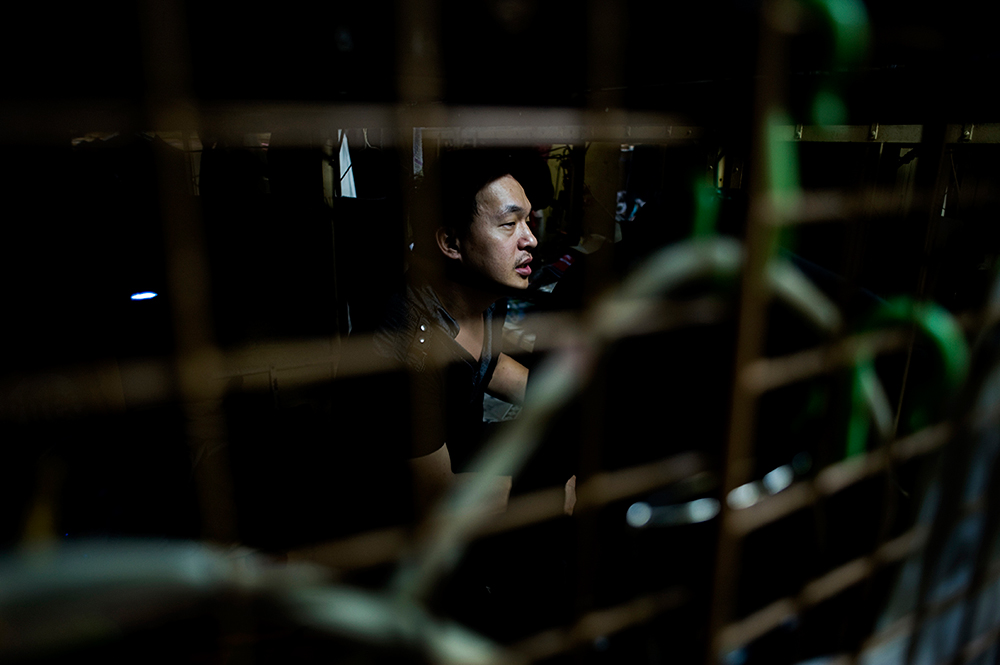 Q: What were some of the challenges you faced shooting this series?
A: It’s not easy to visit people at their homes when they are embarrassed for themselves and their living conditions. Before shooting, I needed them to be comfortable with the situation so we would talk a lot. Another point is my own perceptions. I was deeply shocked when I visited the residents who call a 1.5 square meter cage their home; people living like animals in wired cages. For me it was so cruel and such a degrading situation. But you know, for them, it’s their daily life. It’s obvious that you have to pull yourself together in that situation. Rooms are cramped. You can barely breathe. Some have so little space that if you enter your body fills the entire room. You hardly can turn or move. So it was difficult to shoot from different angles.
Q: Photographers often show what is happening to the people involved in social issues, war and humanitarian crises. Do you think photography makes a difference in the subjects’ lives or even affects change in the world?
A: Call me an idiot or a dreamer, but yes, I think it can and it already has. Of course in most cases it’s hard to measure what was the bone of contention and perhaps photography will not end wars. However, pictures can make us think about what is going on in the world or in your immediate vicinity and show us our responsibility in a globalized world.
Sometimes it happens that you get an email from someone who has seen your published story and is so impressed  that he writes you two weeks later. Then you know that photography is doing good. 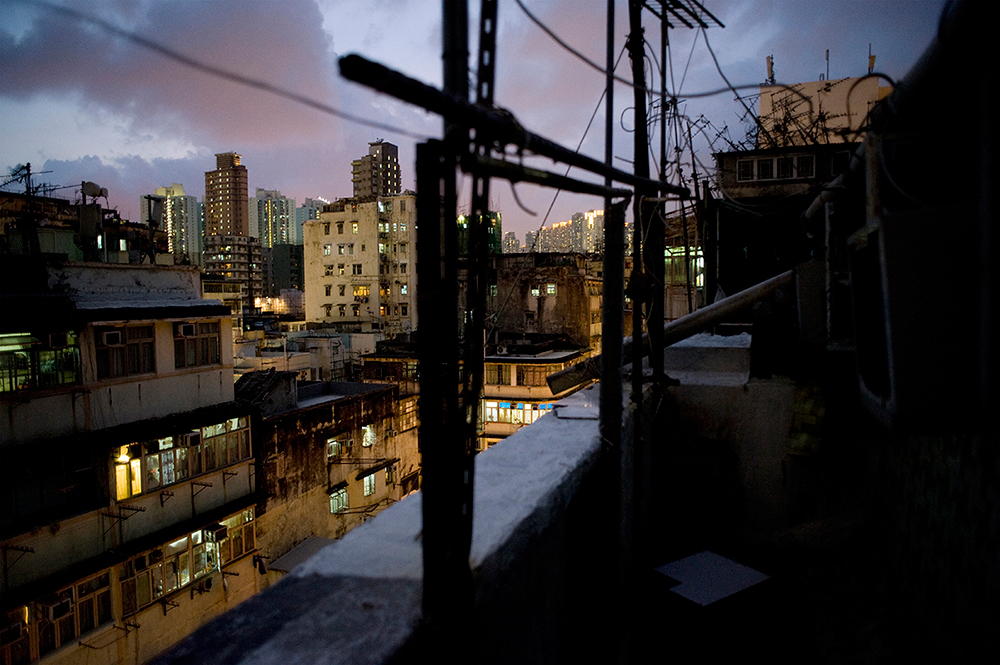 Q: Any other upcoming projects you’d like to share?
A: Yes, I’ve been working on the electronic waste (e-waste) issue since 2011. I have been to Ghana to visit the e-waste scrap yards in Accra. I recently visited Guiyu which is a town in South China where people dismantle thousands of tons of e-waste. In June I will go on and visit other e-waste hot spots in India. If everything runs smoothly, there will be a photo book by end of 2013.
Thank you for your time, Kai!
– Leica Internet Team
Please find Kai’s full reportage in LFI 4/2013. Also available for the iPad. Find a reading sample here. To connect with Kai, visit his website.