Philipp Spalek: The Crisis in Cairo

Philipp Spalek, born in 1984, grew up in Berlin and Damascus. He learned to speak fluent Arabic while working as a press photographer for the Egyptian daily newspaper Al-Shorouk in Cairo. After obtaining a Master of Arts in Modern History and Middle Eastern Studies, he became a full-time photographer and editor. Over the last year and a half, he has devoted his time to a project about the situation of Egyptian Copts after the revolution, which was awarded a first prize in the Reportage Category at Kolga Photo Festival in Georgia and won the Canon ProfiFoto Award in Germany. He is now based in Berlin, where he returned in May after years of traveling. His reportage on Cairo, “City in Crisis,” can be found in the latest issue of LFI.
Q: Has your master’s degree in Middle Eastern Studies and Modern History helped or influenced your photography? Does it bring you a different perspective to what you’re photographing?
A: Yes, it does. The historical and cultural studies give me a more scientific approach to my photography. I often saw things, which I wanted to explain, but I wasn’t able to capture visually. What very much influenced my work was the language. I learned to speak fluent Arabic over the last few years. This changed my way of working in the Egyptian society. It opened doors, but surprisingly also kept others shut. I had the feeling I was emotionally more involved than others. I couldn’t just go somewhere as a foreigner, shoot my pictures and disappear again. I often found myself involved in long discussions with people, after they recognized that I spoke their language. This sometimes prevented me from working undisturbed. It’s often easier to play the foreigner. But it gave me valuable knowledge and let me understand society in a deeper way. Especially while working on the story about Coptic Christians, I had the feeling that my knowledge of Arabic language built up a lot of trust.
Q: When did photography first interest you? When did you know you wanted to become a full-time photographer?
A: A couple of years ago I started to work in a black-and-white photo lab in Berlin. I made my first prints and experienced the birth of a picture from pressing the shutter until its development. This is where I discovered my passion. My first travels to the Middle East raised more interest in capturing different societies and cultures. I learned that photography is a very communicative and sociable profession. I always loved languages and discovered through photography the possibility of combining traveling, learning languages and documenting what goes on around me.
Q: Was there a photographer or type of photography that influenced your work or inspired you?
I can’t name one photographer who made me want to become a professional. I could spend hours looking at other photographer’s pictures. They all somehow influenced me. And I like to talk about the stories I work on. In my experience, non-photographers are mostly the best critics.
While working on the feature for LFI though, I spoke with a lot of photographers. They all gave me valuable advices. Apart from this, I had to look over and over again at the Telex Iran series from Gilles Peress. I also felt the need to capture the tense atmosphere with street photography. 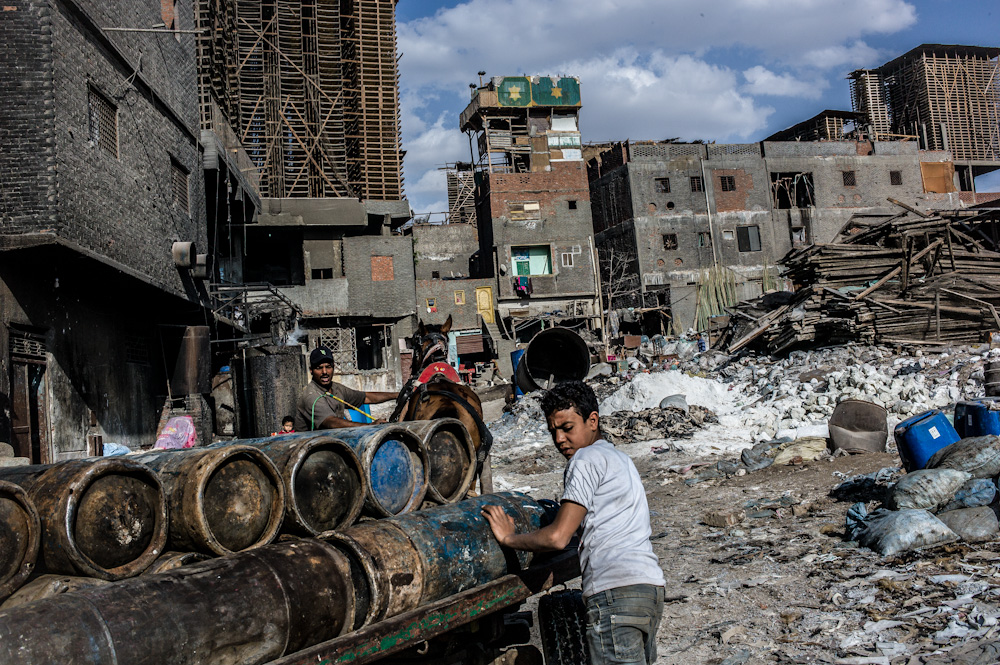 Q: How would you describe your photographic approach in shooting this Cairo reportage?
A: It’s a mixture of meeting people, shooting portraits of protagonists and a big part of street photography. I thought about what people were influenced by in their daily struggles. How do the continuous clashes affect the population? And how do chaos and daily life exist side by side? I also had to think a lot about myself. I lived there for a long time and saw the city change.
Q: What equipment did you use to shoot this series? What characteristics or qualities of it made it especially conducive to this work?
A: I used a Leica M9 with a 35 mm f/1.4 Summilux lens. I think the Leica camera made me work more with street photography. The advantages lie in its inconspicuous look. On the other hand, it’s not a camera built for clashes and very fast movement. This made me focus on scenes next to the action. I liked the way how the camera challenged me to focus on more quiet scenes.
Q: What was the inspiration behind the idea to do this series? Was there a certain idea or reason behind it?
A: I spent nearly three of the last five years in Cairo on and off. A couple of months ago I decided to work more in Germany. I wanted to build up a stable life. So it was somehow my way of saying goodbye to Cairo. I felt the need to cover the tension that exists on the streets. It’s not only the tension, which developed through violence in the aftermath of the revolution; it’s a tension that already existed before the revolution. Poverty, overpopulation, bad education, aggression but also joy and happiness — these have all existed side-by-side in Egypt. It was a way for me to preserve the daily things I saw around me. 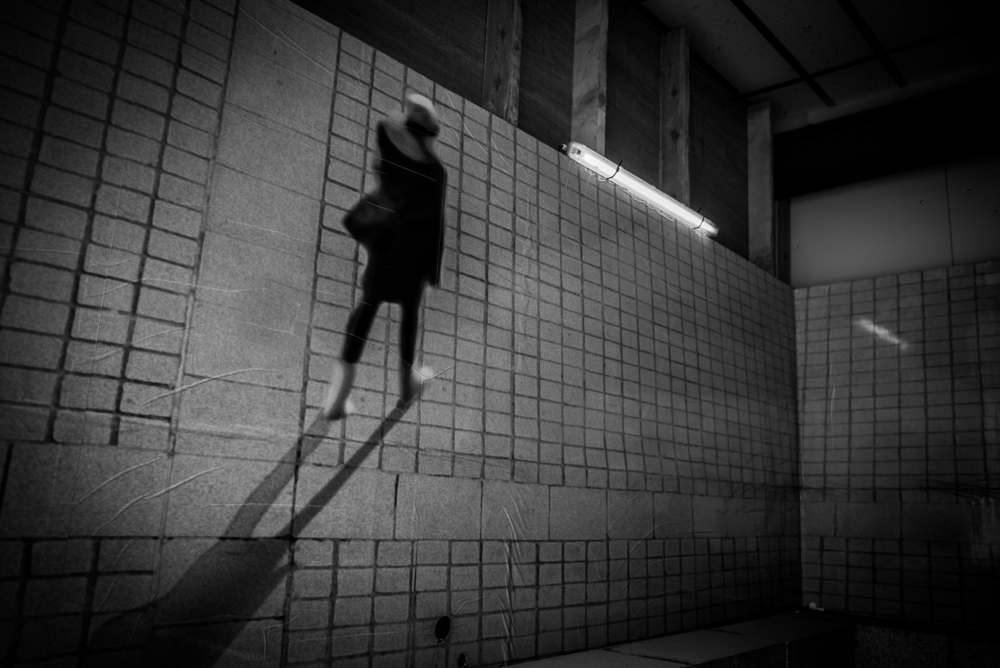 Q: What was your ultimate goal, or what did you hope to achieve, with shooting these images?
A: To somehow show the contradictory way life is lived in Egypt. A friend once told me: “Egypt has only been governed from one day to the other over the last decades. There has never been a real plan.” I have the feeling that Egyptians, apart from the psychological burdens they have to carry, cope in a pretty creative way with the struggles they face after the revolution. It amazed me. There is this one picture which shows people sitting in the middle of a construction site. Somebody serves tea, whereas others play with their phones. Nobody cares about the mess they are relaxing in. It expresses this feeling of living on a makeshift basis from day to day. This is how I often felt in different places. 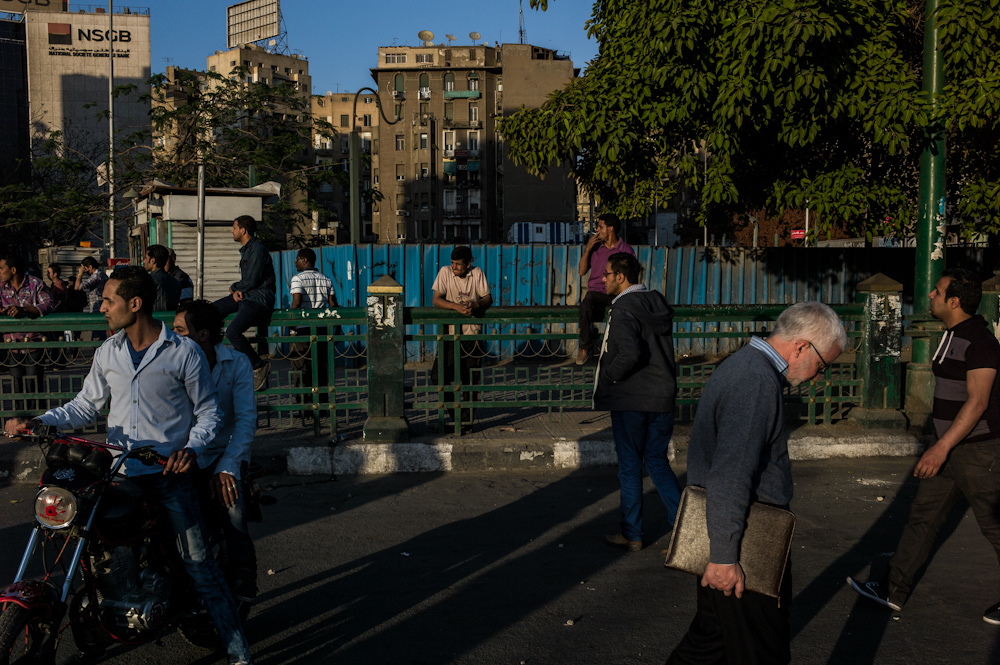 Q: Do you have a favorite photograph from this reportage? If yes, can you explain why it is your favorite?
A: One of my favorite photographs shows a quite scene. I took it during ongoing clashes in downtown Cairo. I love the way all people concentrate on what is happening on the clashes, and one man walks past the scene, presumably on his way home, carrying his files and not even looking at what is going on. I love these contradictory scenes where the exception meets the usual.
Q: Having lived in Cairo for many years, does this reportage have special meaning because you saw it on a daily basis? Do you ever worry about your safety and what will happen to the city?
A: Yes, I have a very emotional connection with most of the pictures, especially after I decided to return to Germany in May. I worked in Cairo for many years. I saw the city change after the revolution. But I believe that many problems, that the city faces today, only worsened. They already existed during the Mubarak era and didn’t suddenly appear completely out of the blue.
I don’t worry about my safety on a daily basis. The violence during the clashes though has very much intensified. Many of us photographers have thought about improving our protection. Bulletproof glasses against bird shots should by now be in every photographer’s backpack. I saw people being stabbed, shot at and hit by Molotov cocktails. The respect for the life of the opponent has, in my eyes, decreased over the last two years.
On a personal level, it was a very strange feeling for me to realize the way my pictures have changed since 2011. I first started working in Egypt in 2008. Demonstrations and violence had never been a big issue. I liked to work on social and cultural topics. I then slipped into conflict photography by accident. Only because I had an emotional connection with the country, it made me start documenting the revolution and dealing with violence in my pictures. After 2011 Egypt has changed and with it my attitude towards the country. Violence was suddenly present in a way I never experienced it before. It is until now hard to arrange myself with this cognition. 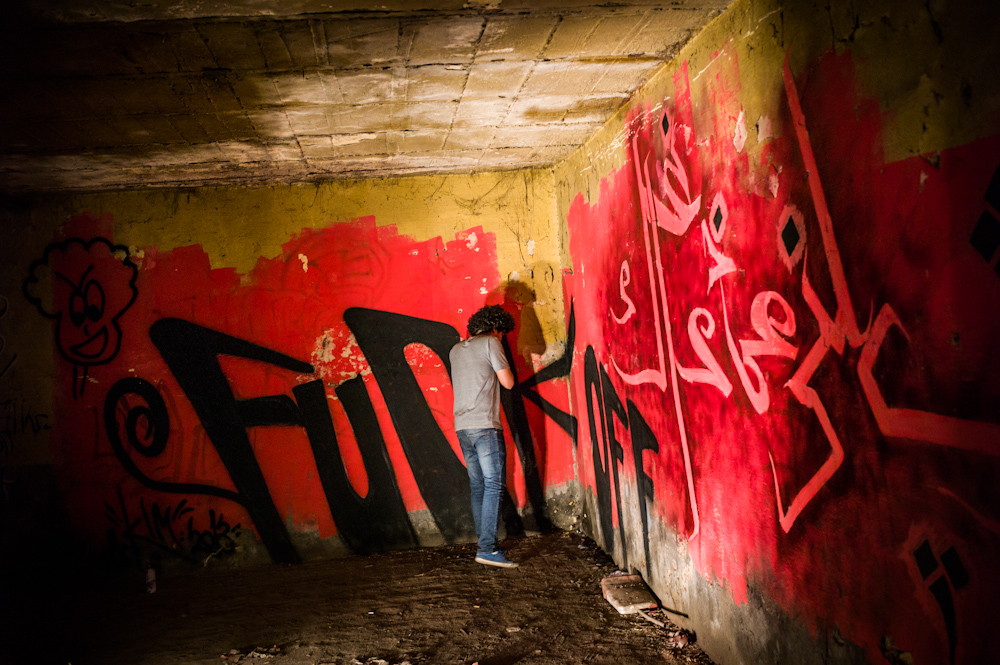 Q: What were some of the challenges you faced shooting this series?
A: I would say Egypt in general is a challenge for photographers, especially for street photography. Many people feel responsible for what is going on in the streets, particularly after the security broke down. Foreigners with cameras are often being looked at skeptically. I had to explain myself nearly on a daily basis. It sometimes went as far as trying to take my camera from me, when people didn’t like what I was taking pictures of. And that was mostly the case in this feature.
Q: Any other upcoming projects you’d like to share?
A: Seriously, I need a short break. I was traveling for around two years, with no home base, only living out of my backpack, with a few breaks of around two weeks in Germany. I’m trying to get back into some kind of daily life.  I’m working on assignments in Germany and as a picture editor for the magazine Zenith. It feels good to have kind of a structured day. But I have a new project idea in the Caucasus.
Q: How do you see your photography evolving over the next few years?
A: I’m starting a new job as a staff photographer for Stern Magazine in October. I’m sure this will influence me and my evolution as a photographer. I’m sure I’ll be surprised at how much. I don’t know in which direction it will go. That’s the surprise. I only know that I’m at a point where I want to concentrate more on the stories of people in their daily environment and let the news and conflict rest a little bit.
Thank you for your time, Philipp!
– Leica Internet Team
Please find Philipp’s full reportage in LFI 5/2013. Also available for the iPad. Find a reading sample here. To see more of Philipp’s work visit his website and profile on FotoVisura.