thomas does: The Balkan Diaries I Banja Luka & Tuzla

Here is the third episode of Thomas Bönig’s “thomas does” the Balkans. Click here to read the entire series.

One Country.
In Theory.
Bosnia and Herzegovina consists of the Federation of Bosnia and Herzegovina and the Republika Srpska, split into ten cantons. It has six presidents, three governments and 13 ministers of education, which, upon the constitution of educational schedules, invest high efforts in making other ethnic groups seem as bad as possible.
The Bosnian Federation and the Republika Srpska have their own respective Parliaments, but are supervised by a three-member state committee – consisting of a Muslim, a Croat and a Serb. Do you follow? Everything is a little more complicated around here. Mohammed, a janitor from the Centar Duga, brought it to the point with: “Here everything is mirrored. But the other way around.” 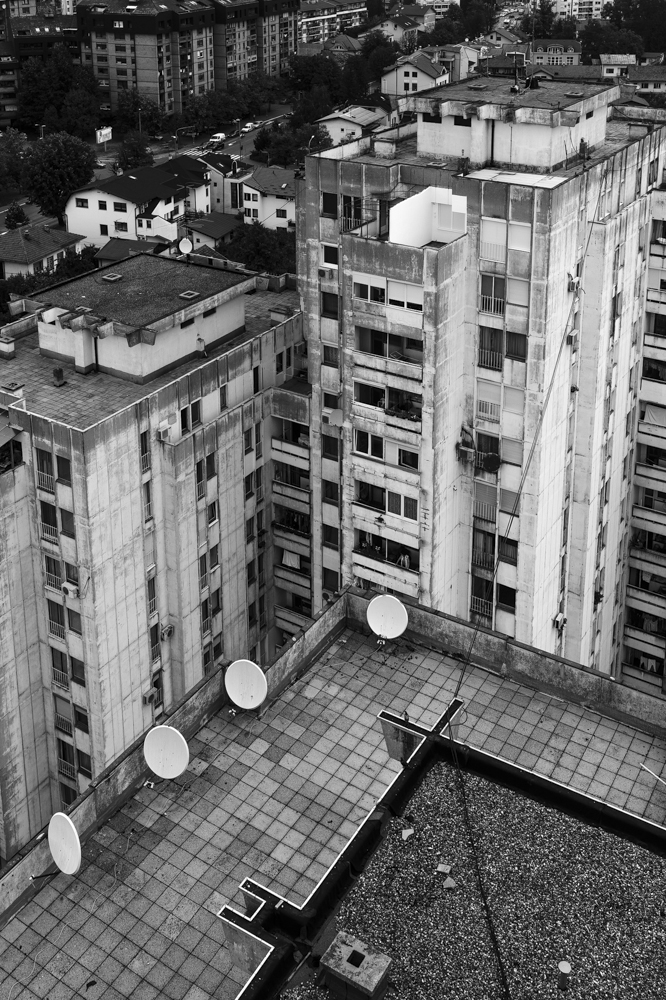 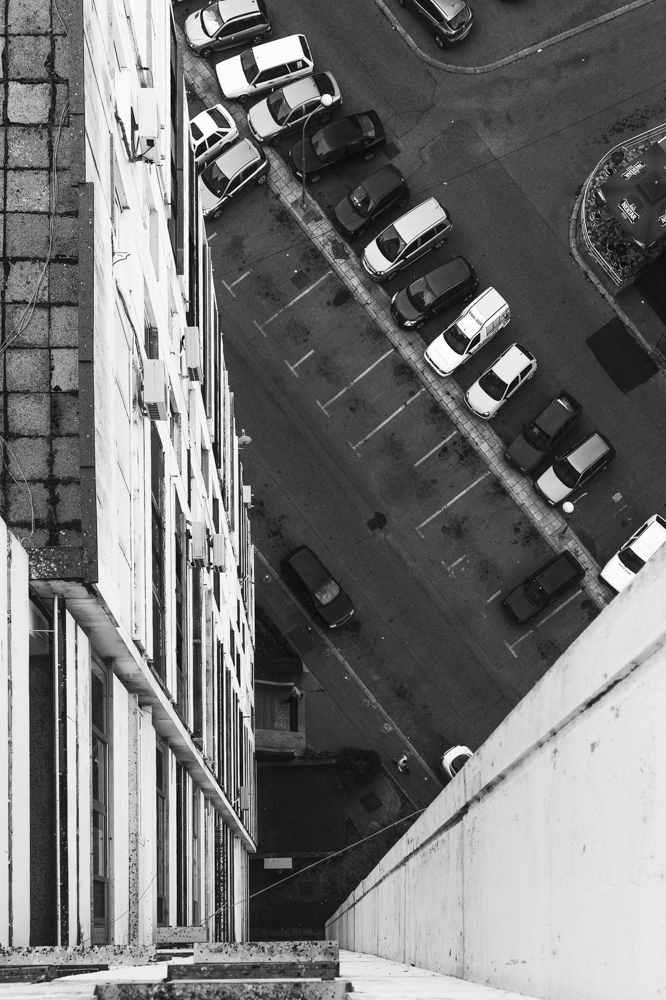 In the same state.
But in a different country.
Banja Luka is the capital of the Republika Srpska. It may sound unorthodox, but after the war, all Christians and Muslims left the city. The new inhabitants were Orthodox Serbs from the surrounding villages in the mountains. 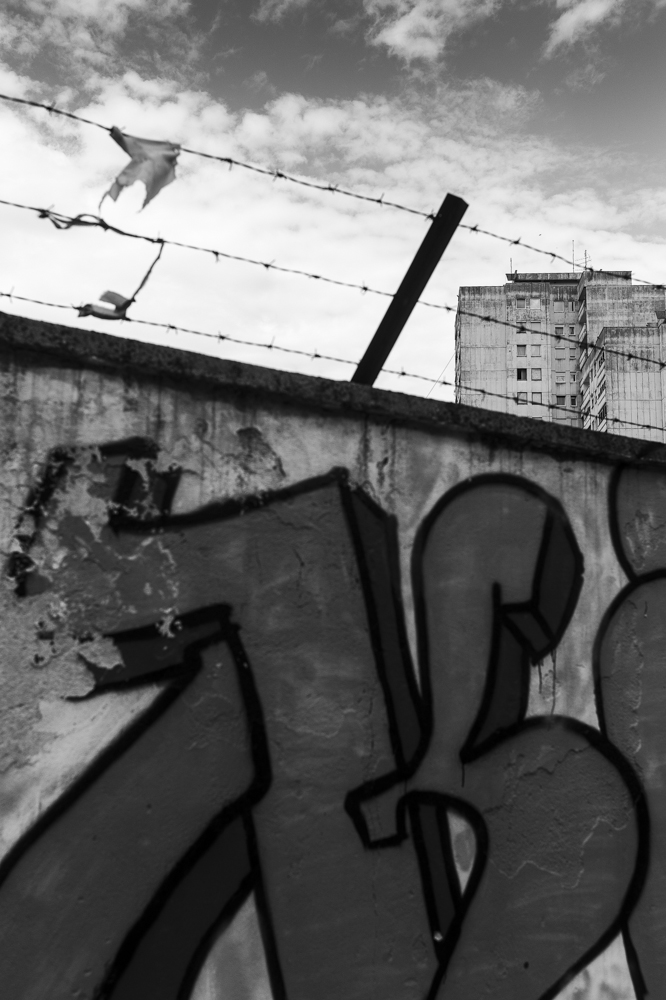 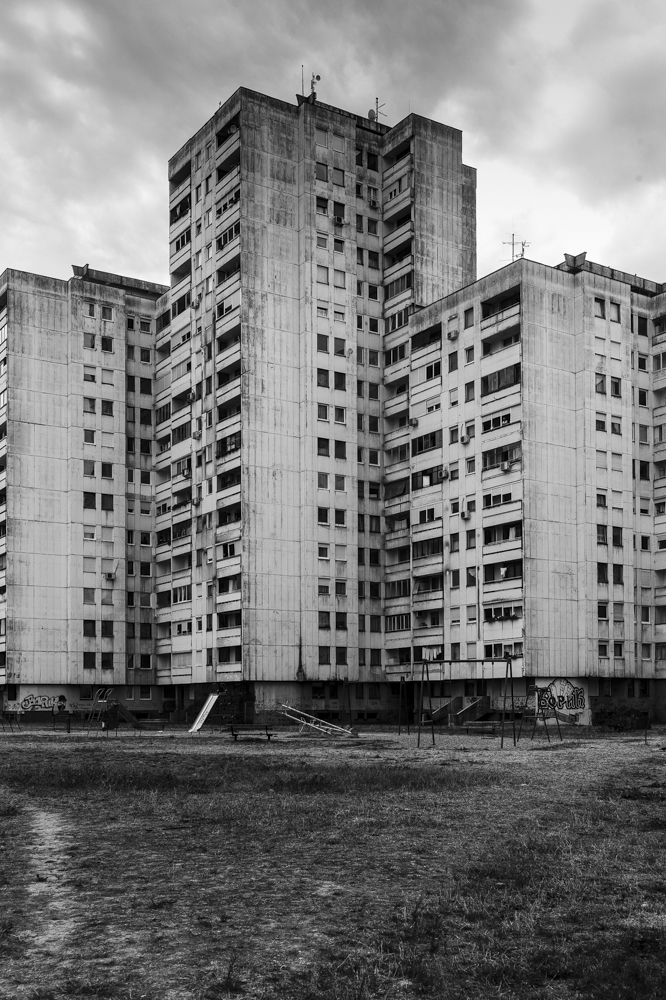 We are heading for the outskirts of Banja Luka, stopping in front of a cluster of apartment blocks. The facades are completely smeared and tagged, the playground deserted. Desolation found a home here. Some graffiti can be found on the walls, at least a little color in this grey place. 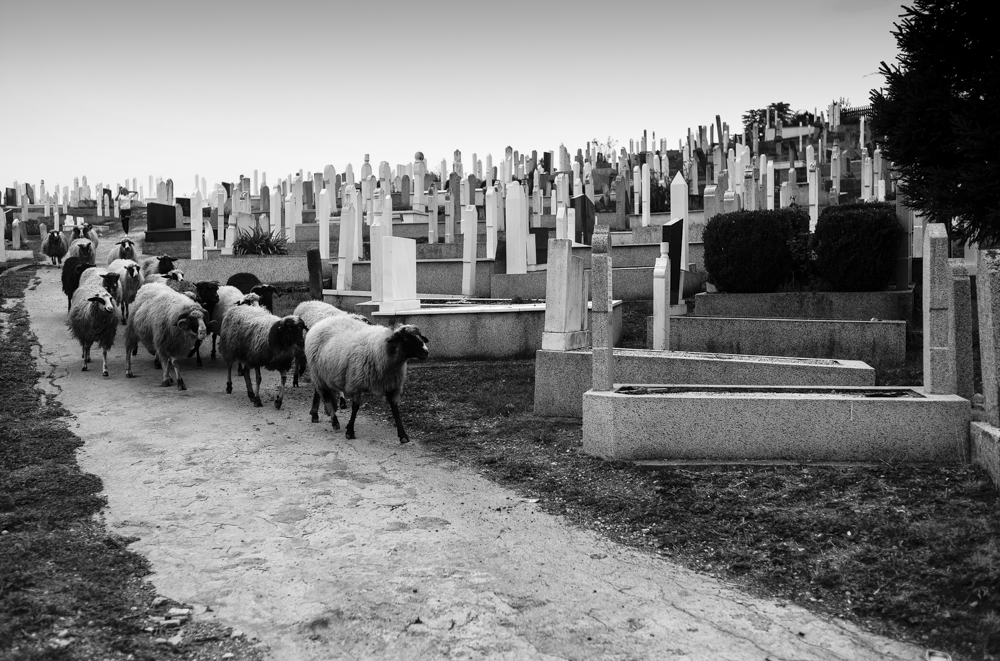 Sheep in the cemetery.
And a lot of time passed.
We’re driving back to Tuzla and approaching the Bosnian-Croatian Federation. A cemetery spreads on a hill above the city and we’re taking a stroll through overgrown graves. Yet the engravings on the stones don’t lead to the conclusion that this might be above the average war victim.
When the muezzin starts with his singing, a pack of sheep flows around a corner and spreads over the cemetery compounds. A young girl in sweatpants is trying to herd them back. We go to help her with yelling and clapping – at last, the animals are back in their hut. The blond girl is yelling something at us, but we make her understand, that we don’t understand. All that’s left for us now is a frown.
We check into the Hotel Tuzla, an uninspired building from the 1970s. Calling the rooms rundown would be a compliment; calling them rugged might be a little closer to the truth. Chairs with cracked cushions are lingering in the corridors; the whole building smells the way it looks. It smells like a lot of time having passed. 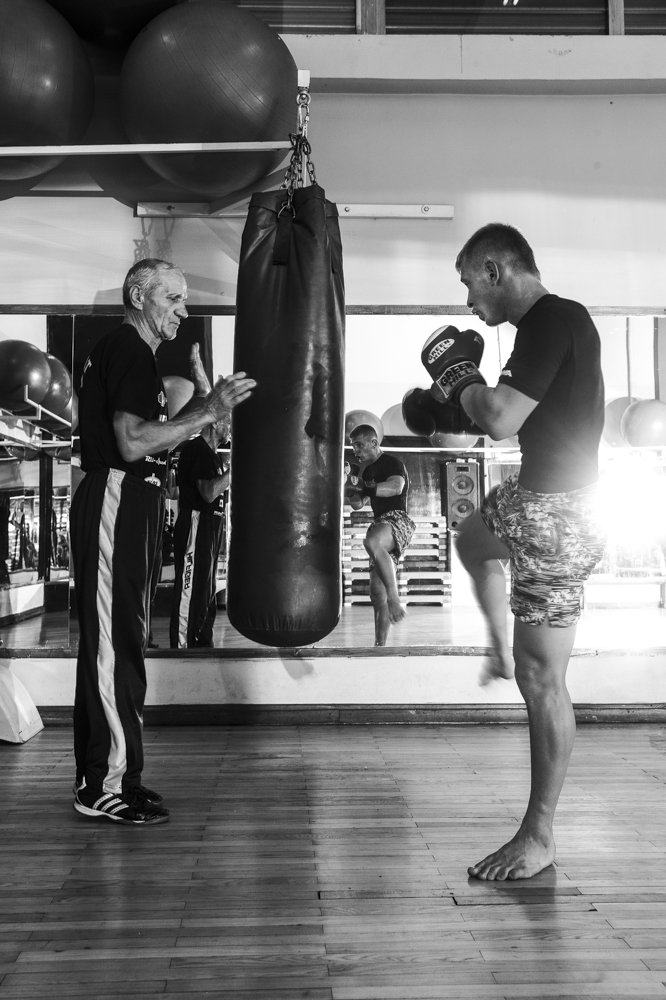 Once in Germany.
In Tuzla today.
Ismet Kavgic was a professional first league boxer in Germany, in the 1970s. He is now 73 years old and back in his old hometown of Tuzla. He is now working as a coach. One of his protégées is 17-year-old Admir Babajic has already become a member of the Bosnian kickboxing national team.
We accompany the both of them for 20 minutes, conversations are a challenge all the time. But smiling is international. Ismet comes with us to the parking lot as we are about to leave. You can read on his face that he is on his own journey into the past – to Germany when memories had the age of minutes.
“It’s alright” suddenly pops out of his language drawer. He is waving yet another time, only to disappear in the tombs of the sports center in Tuzla.
– Axel Rabenstein, text
– Thomas Bönig, images
Learn more about Thomas’ project on his website, YouTube and Facebook page.