Rolling Through the Shadows: Joe Brook

Mark Whiteley, skateboarder and Leica photographer, provides us with the next installment of his interview series “Rolling Through the Shadows.” This series takes a closer look at the seemingly unlikely collision of skateboarding and M photography from the perspective of the skaters and photographers themselves.
Name: Joe Brook
Age: 41
Hometown: Born in Detroit, MI. Living in San Francisco, CA.
Brand Affiliation: Staff Photographer for Thrasher Magazine
Q: How did you first get into skateboarding?
A: Back in 1985 I was a BMXer. My friend Jason followed us everywhere pushing on his board. One day Jason showed us he could ollie to grind on a painted curb and blew our minds. Then he showed us the “Bones Brigade Video Show” and we never looked back. It was skating every day, listening to punk rock music, reading Thrasher and causing trouble. It saved me from what the real world had in store for me in Detroit — working on the line at Ford, or working construction, which is not a bad thing, but it opened my eyes and new doors in my life.
Q: How did you first get into photography?
A: When I first moved to San Francisco, I lived in an apartment and had a big wall of my favorite skate photos. Then going skating around San Francisco and meeting people like Tobin Yelland and Gabe Morford, seeing them shoot my Pro and Am skater friends, seeing their camera equipment, light meters, etc., and then seeing the photo appear in the magazines soon after, that really tripped me out. I hurt my back at work at a shipping and receiving job and was on workers’ compensation for almost two years. I was really depressed because all I wanted to do was skate. A girl I was dating told me to take a class at a community college. I did a black-and-white photography class and I was hooked. Spooling bulk film, learning to develop it and print it, it was like skateboarding, learning new stuff every day. I was in heaven. Shooting on the streets of San Francisco under weird light conditions was magical! I think that was 1993. Then I met Daniel Harold Sturt and that’s a big can of worms to open. 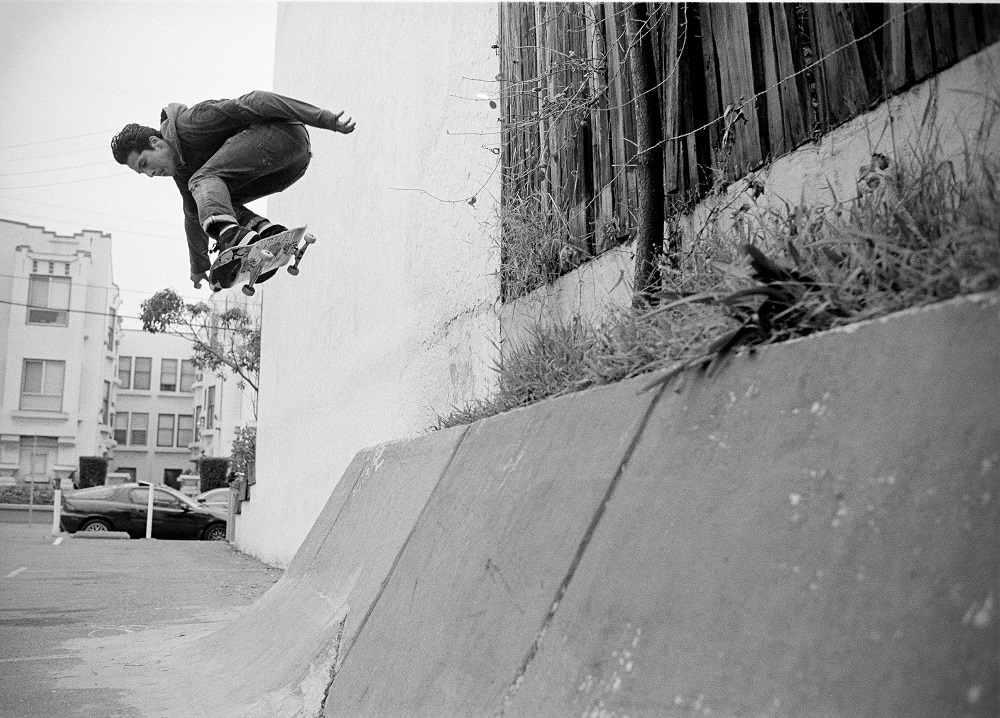 Q: How have skating and photography influenced each other in your life and work? Meaning, what has skateboarding done to the way you see photography and vice versa?
A: Back in the day when skaters were looked down upon, it made us into the 1%. We were all friends; if you rode a skateboard you had friends everywhere you traveled. That forged strong friendships, which are still strong today. And it’s the same for the photography family as well. Lots of good people out there!
Q: Where do you generally find your favorite images coming from? Portraits, on the road, skate action scenes?
A: I would say all of the above. I find it hard to leave the house with out a camera because I know I’m going to want to shoot a photo of something I see. On the road there’s always new stuff to see. But sometimes I’ll see some beautiful light or something somewhere around home and take notice of the time, then go and wait to photograph something interesting happening. For instance, I was at a stop sign and heard all these birds, hundreds of them. It sounded amazing. I went back for weeks everyday at different times to get the photo I wanted.
Q: What first drew you to Leica cameras?
A: How stealth they are, and how they’re super sharp.
Q: Why do you like them? Do you use them for particular kinds of work or specific scenarios?
A: I bring it with me out and about in the streets and skating wherever. It’s not much gear to carry so it makes it easy to have around.
Q: Are there similarities between skateboarding and Leicas in your mind? Get philosophical.
A: Skateboards and Leica cameras are both simple things that I really enjoy using. They’re tools, not jewels! I scratched my Leica while my son was being born. Every time I look down on that scratch, it reminds me of how awesome that day was. I’ve been giving old boards away on every trip that I go on, to kids who need them or can’t afford them, in hopes of opening their eyes to something new in the world. Photography and skateboarding have been really awesome to me, and I want to have other people enjoy them as well. 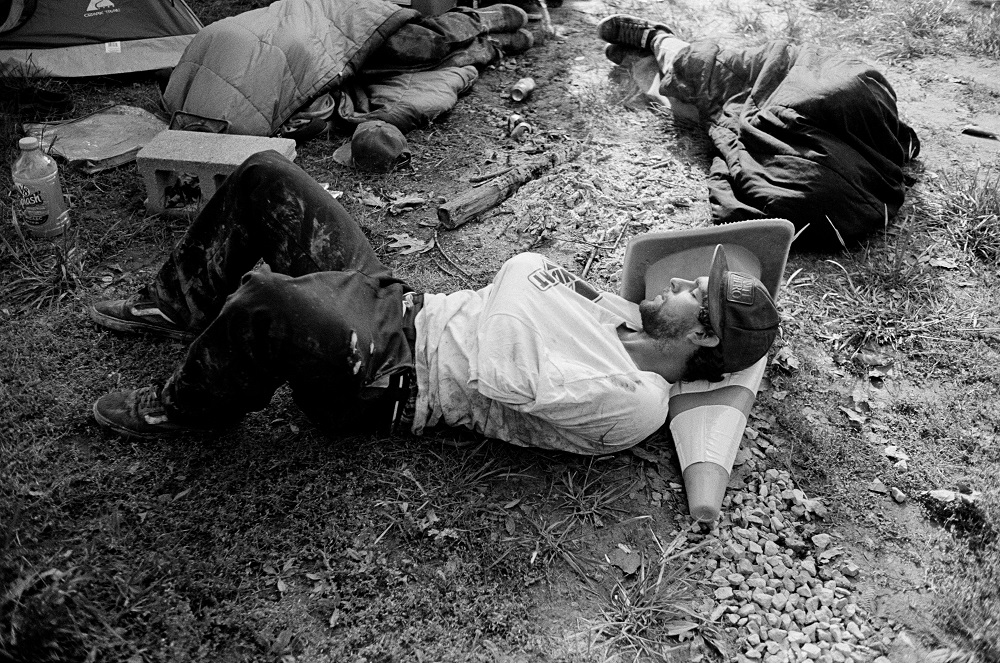 Q: What bodies and lenses have you had or used most frequently?
A: An M7 and 35 mm Summicron. I borrow lenses from my friends too!
Q: Who are some of your favorite Leica photographers, non-skate or skate-related?
A: In skating, all the guys you have in this Rolling Through the Shadows series. Outside of skating, my favorite photographers include Bruce Davidson, Cartier-Bresson, Annie Leibovitz, Boogie, Joel Meyerowitz, Jim Marshall, William Albert Allard and Bruce Gilden.
Q: Do you have a favorite image or memory from using a Leica?
A: My dad shot a photo of me when he was 89 years young. He wanted to see my Leica so he put it to his eye, focused it, and took the photo. I wasn’t even really aware he knew how to use a Leica. It was sharp and well composed. He liked how smooth it was. I thought that was really cool.
Thank you for your time, Joe!
– Mark Whiteley
Learn more about Joe on his website.
Mark Whiteley is a photographer, writer and life-long skateboarder hailing from the San Francisco area and currently living in Portland, Oregon. He served as the editor-in-chief of SLAP skateboard magazine for 13 years and now works on all things digital for Nike Skateboarding. His work has been published and exhibited internationally, and his monograph of photography, This Is Not A Photo Opportunity, is available from Gingko Press. For more information on Mark Whiteley, please visit markwhiteleyphotography.com.