To the freshly arrived, Istanbul’s geography can be confusing – and, that being said, a most wonderful place to simply get lost.
For those coming from the Far East, there seems to be few obvious aesthetic similarities; for those arriving from Europe, the Middle East, North Africa, or India, each can pick out elements that reflect – either directly or indirectly – their homelands. Istanbul at once seems so definable by its own character and at the same time such an elegant mixture of the cultures and influences that it has assimilated during its history. 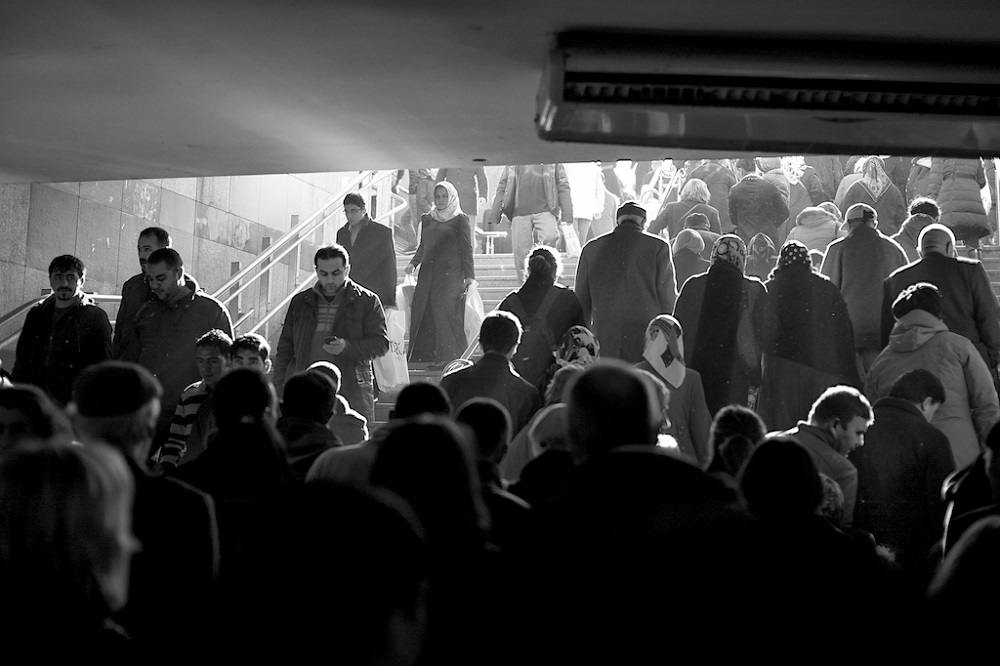 There seem few places in the world where one can walk the streets so anonymously, hopelessly trying to resist the pull of beyaz peynir to kitchen utensil and military clothing vendors. Just when your energy is waning, and if by chance your body and mind arrive at a clearing, one defined by the fisherman of Galata and the boat cafés serving tasty fish sandwiches and olive juice. 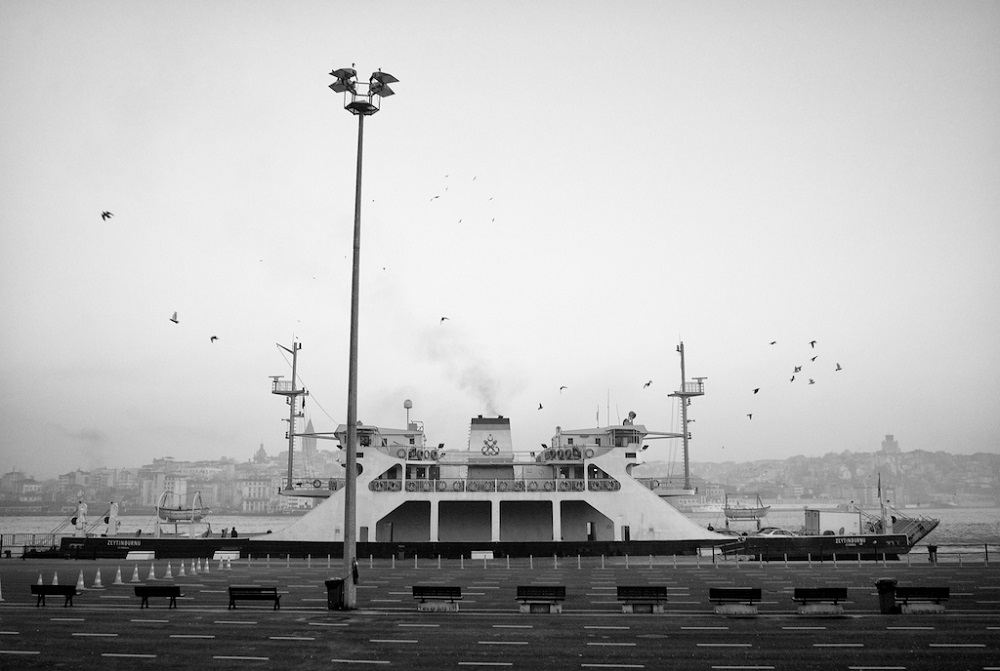 Much has been written about the impressiveness of the Bosphorus and its powerful currents through which tankers must navigate on their path between Marmara and the Black Sea. Far from the elegant canals of Venice, or the engineered triumphs of Suez or Panama, the natural waters of the Bosphorus are powerful and driving – water like a boxer with agility and measured deception in his legs, supporting and confusing boats that sit atop like a trunk and arms focused on straight-ahead power punching.
As a chill sets into the air, there is little as rejuvenating as a pink winter tea and sweet at Hafiz Mustafa, its crushed herbs and flowers refortifying for another go at the city and another small glimpse of its endless, and overwhelming, history, symbolized most conspicuously by the imposing mosques that anchor the landscape. 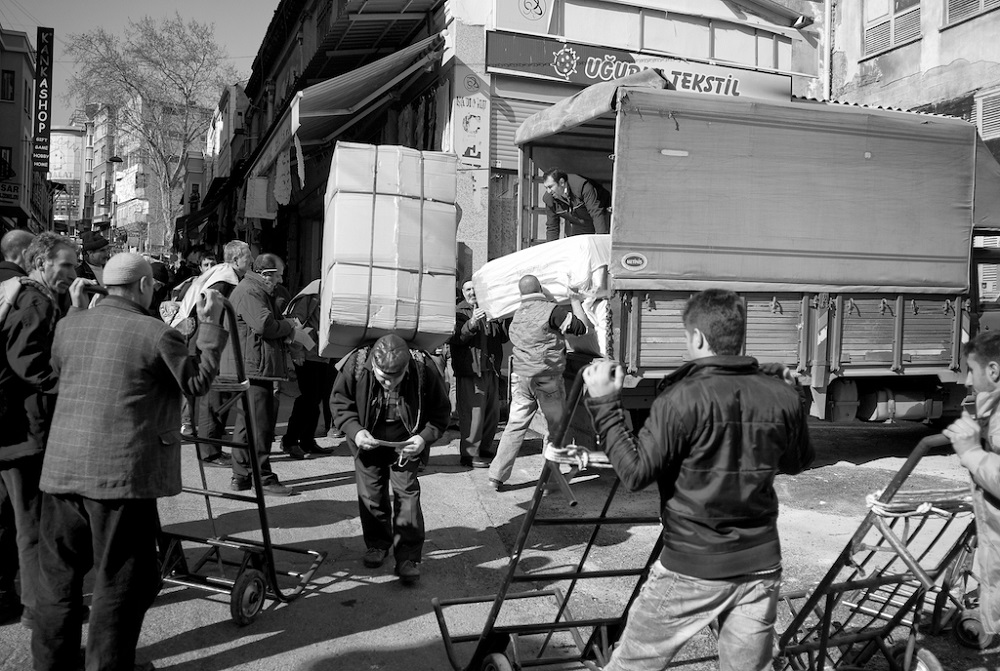 The attraction is real, the culture and city magnetic, at once exotic and familiar, foreign and friendly. As Istanbul’s own Orhan Pamuk conveys in “My Name is Red”:
“When you love a city and have explored it frequently on foot, your body, not to mention your soul, gets to know the streets so well after a number of years that in a fit of melancholy, perhaps stirred by a light snow falling ever so sorrowfully, you’ll discover your legs carrying you of their own accord toward one of your favourite promontories.”
– Aaron C. Greenman
Aaron C. Greenman has been a photographer for over 25 years and has lived and worked on four continents. He has previously been profiled on the Leica Blog for his work in India, Israel, Bosnia and Herzegovina, Belgium and France. More of his images can be viewed at acuitycolorgrain.com and his first monograph is now available for the iPad.