Berlin photographer Daniel Flaschar’s life has taken an unusual course: he started out studying both visual communications and medicine, opting in the end to become a photographer, choosing, as he says, the greater of his two loves. Nowadays he works mostly in advertising – usually with medium format cameras and a large team. For a photo shoot at the eyeglasses manufacturer Mykita in Berlin, he picked up a Leica M and was able to try out the new Macro-Elmar-M 1:4/90 mm and the Macro-Adapter M.
Q: You did the Mykita photo shoot especially for Leica with the M. Were you able to approach it in a more relaxed manner than you would on a normal commercial assignment?
A: Hardly. I went there with just one assistant, where I normally have a larger team. Other than that, I tried to use the same techniques I always use. This means I often worked with a tripod, and I also tethered some of the shots, in other words connected them directly via cable to the computer, so that I could analyze the pictures straight away. This was particularly useful for the macro shots, because that’s when small changes in sharpness can affect the picture significantly.
Q: Were scenes set up for the production of the photo shoot?
A: No, the production followed a very normal course – just like I prefer to do it when working on an authentic story. I hardly intervened at all. We didn’t set up special tables or anything else; it was always the employee sitting in his normal working place. We took the people as they came, and they reacted amazingly well when they were photographed. 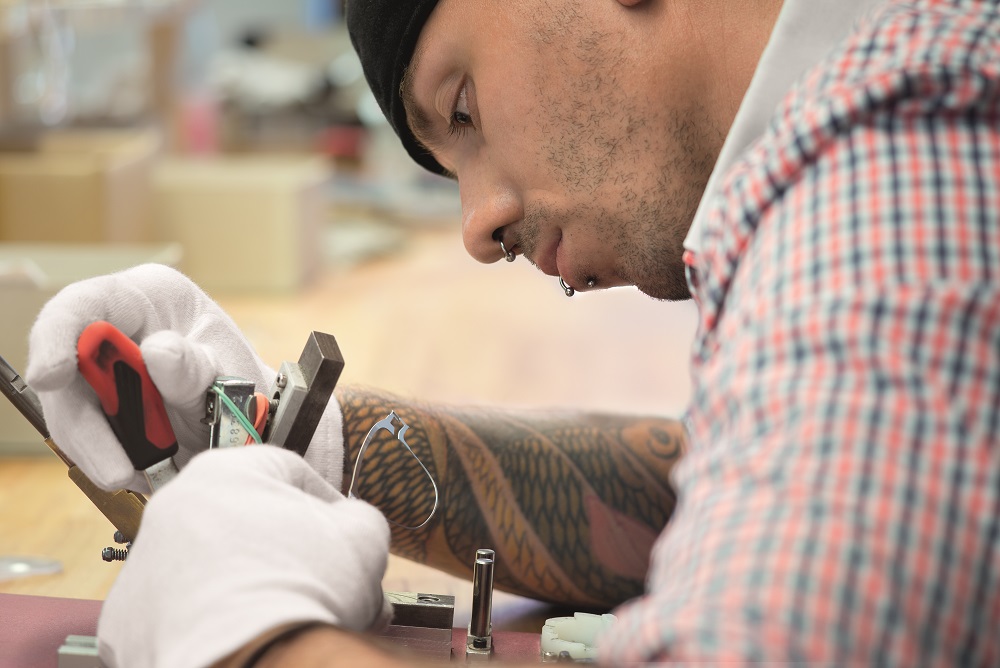 Q: Did you have the impression that the people at Mykita reacted differently to the small team and the small camera?
A: I do think they felt more at ease because there were only two of us. This meant that a really friendly relationship developed, and for sure the camera also played a role. People aren’t really scared by the little Leica; in fact, I’ve noticed that when I turn up with it they tend to be fascinated more than anything else.
Q: Have you also used the Macro-Adapter with other lenses?
A: The adapter was originally made for the 90 mm, but I also had the 50 and the 35 with me. I also used them with the adapter. It definitely had a certain charm, because, even with the adapter, the characteristics of the lenses remain slightly different. With the 50 mm I could get in closer, and with the 35 mm you can photograph real macro worlds, just like with the 90 mm. So, each lens has its unique characteristics, which you can have fun playing around with. And I didn’t notice any faults in the picture quality with the other lenses either. 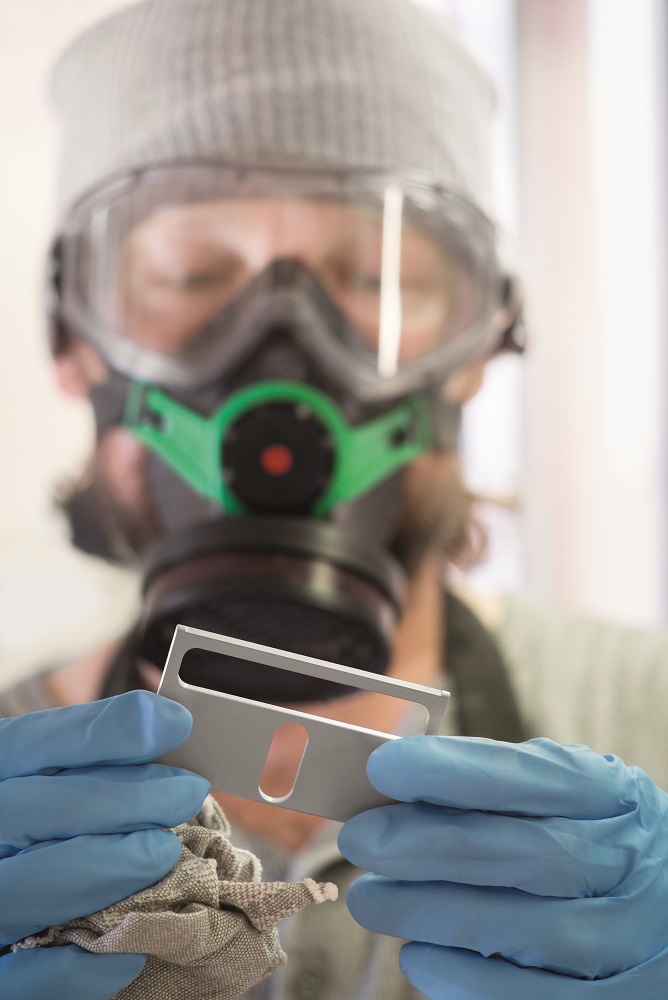 Q: Was it an advantage to be able to use the adapter with the 90 mm and focus all the way from macro to infinity?
A: I never took the adapter off, and I shot the portraits with the same set-up as the close-ups. You first have to take the time to find your way around, so you know where and when you have to turn, but you get used to it very quickly.
Q: As you are normally at home with a medium format camera, did you notice a great difference working with a small camera like the M?
A: It was a real eye-opener for me, because nowadays I shoot small format images less frequently. Initially, I went over to digital medium format because I realized it helped me concentrate better. The work is slower and also more difficult, because you don’t have so much technical support; even so, the concentration somehow seems to do my pictures good. Working with the Leica M is very much in the same direction, because, for example, manual focusing makes me slower. And, it’s hard to describe, but the way I value the camera is always important. When I value a camera – and that has nothing to do with its price – then I am more thoughtful. That’s how it was with the M as well. Even though it’s a small camera, it made me concentrate more. 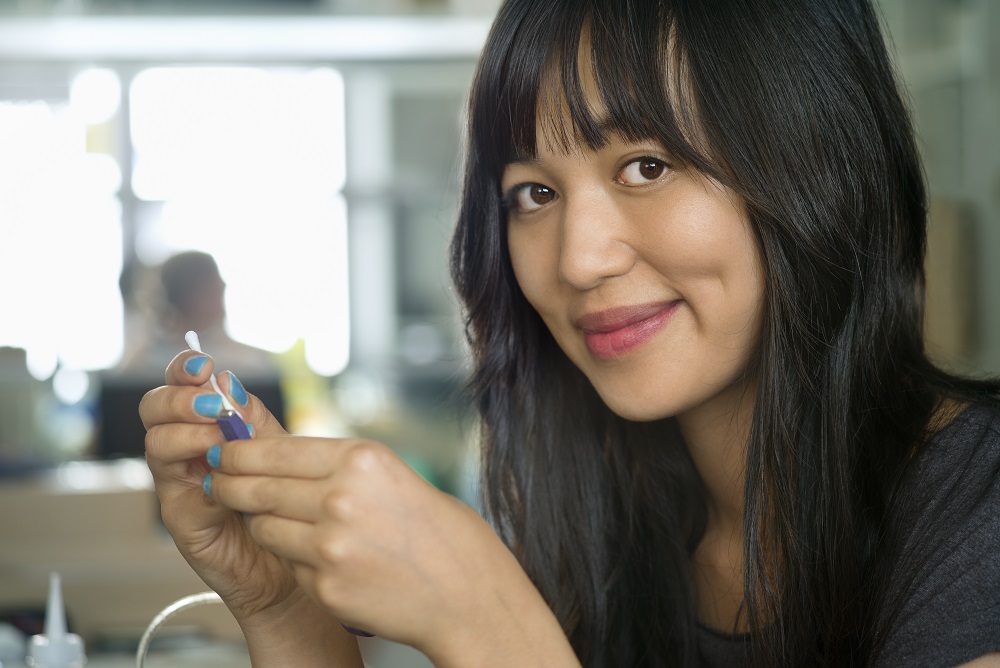 Q: From the quality perspective, did you find yourself in a similar league to medium format results?
A: Without making direct comparisons it’s very hard to say, but I was completely satisfied with the technical results. And another thing that played a great role in my being satisfied was the M’s very soft blurriness. I normally like the very soft blurriness of medium format cameras. But it is precisely in the detail shots that the blurry areas are definitive for the images, and this was achieved very nicely in these pictures. Everyone knows that Leica lenses are sharp, but how the bokeh emerges is, at the end of the day, always a surprise, and in this case it was really good. So, I can certainly say that in this case there were parallels with the medium format.
Thank you for your time, Daniel!
– Leica Internet Team
Read the interview in its original German here and check out his website.