Knut Skjærven: Leica X2 in the Service of Cultural Understanding

Knut Skjærven is a Norwegian photographer, writer and researcher living in Copenhagen, Denmark. He specializes in visual communication and does street photography as a hobby. He holds a B.A. from University of Bergen, and a M.A. from University of Copenhagen. Knut runs an annual workshop on street photography, New Street Agenda, in Berlin and is underway with an ebook ON THE GO. Workbook for New Street Agenda.
He was chosen as the photographer for the Autobiography of Intercultural Encounters, a long-term project that officially launched in December 2013, and is run by the Council of Europe, which consists of 47 countries. So far there are 47 photos to illustrate the project with hundreds of others lined up.
Knut mostly uses the Leica X2 for his work. Here, Knut describes the Autobiography of Intercultural Encounters project and shares some of the images from it.
Q: How did your involvement in this project start?
A: I received an email in September 2012 out of nowhere from the Council of Europe. I wasn’t really sure what the Council was at the time, but soon learned. At first, I thought someone was pulling my leg!
I got confirmation the email was no joke and that the project was still being developed so it would be awhile until I heard from them again. I didn’t think any more about it until mid-2013 when the beta version was up and running and they needed 47 photographs from me.
I was flabbergasted. I thought they would want one or two. But they wanted me to provide them all. So they got 47 photographs.
There have been some changes of photographs during the beta period. I had to clear rights to a few photos and take some new ones to fit the project. The application was up running in December 2013. I made about 200 more photos ready for the project. If you go to the site The Europeans and open the category Council of Europe you will see some of them. 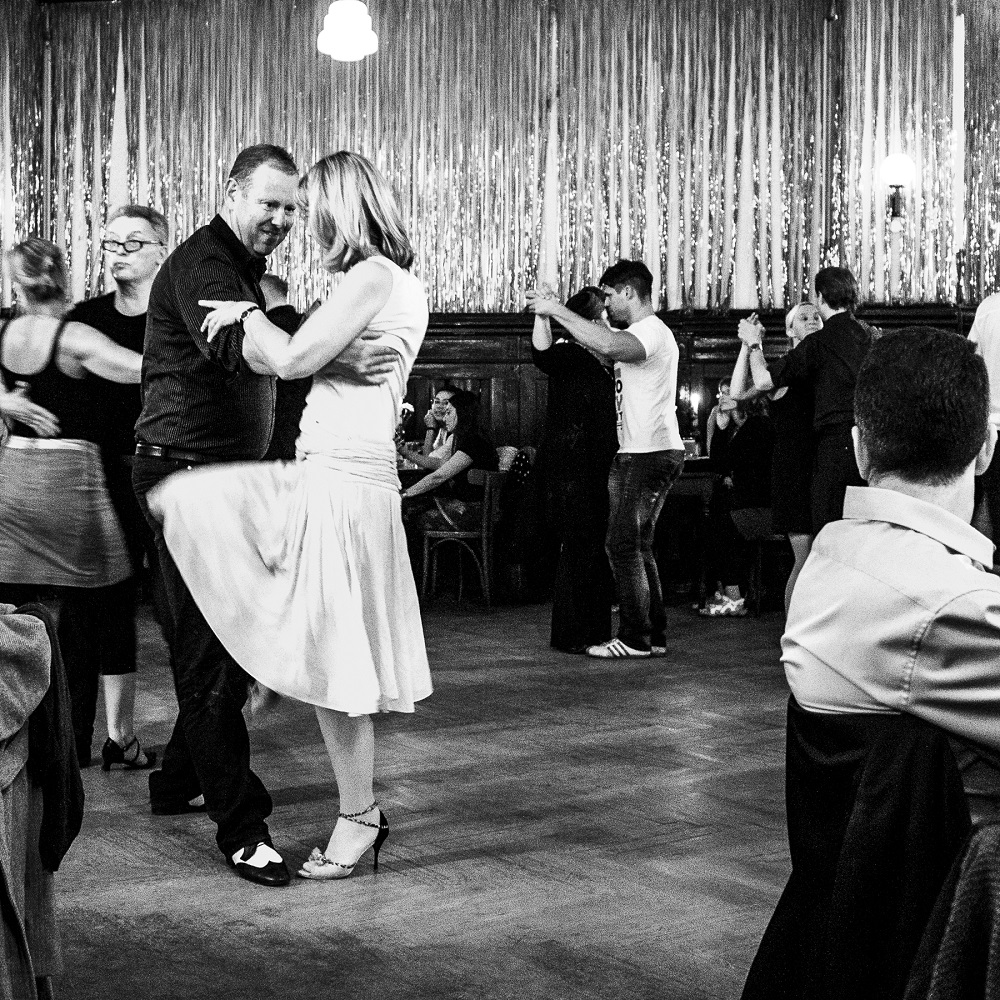 Q: Why were you selected?
A: Initially, I had no idea! Rachael Linder from the Council of Europe wrote:
… I came across your blogs and the photographs you show in them, which I like very, very much and which I feel so beautifully and subtly illustrate the concept of encounter. My question to you is whether the Council of Europe could use your pictures for this resource, obviously citing the source in each case.
Obviously I said yes to this opportunity. It is a chance you get once in a lifetime.
I have the feeling it has something to do with the case that I practice very simple photography. One idea at the time.  No reason to visually clutter things. For me, photography is all about making things simple.
That is also the reason why I mostly do black-and-white photography. Black-and-white filters reality and brings out the essentials.
I do what I call “small coin” street photography. No big drama. 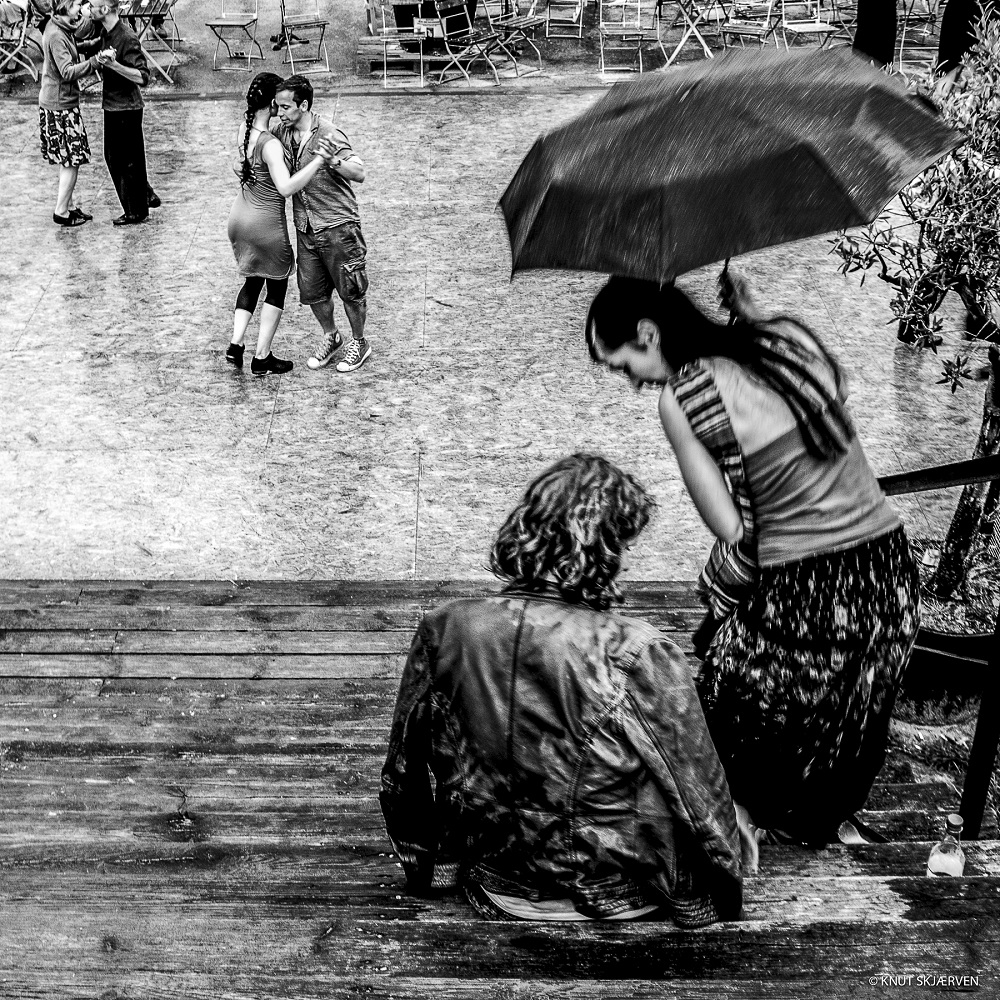 Q: Can you tell us about the Council of Europe?
A: The Council of Europe was established shortly after the World War II in 1949. There had been enough killing and misery. That had to change. The new organisation wanted to work for peace and prosperity and human rights. The founding fathers were Winston Churchill, Konrad Adenauer, Robert Schuman and others, the absolute top of the crew.
Today they have 47 member states covering a population of more than 820 million people. Their headquarters is Strasbourg, France and they have 1,800 staff. The Council of Europe is not the same as the EU and is a larger organisation. You get a grip of this when you visit their web page, as I had to do. It is the probably the largest human rights organisation in the world. They run among many other things European Court of Human Rights.

It is definitely an honour to work with them. The project will probably last from 5 to 10 years.
Q: Why the X2?
A: To me the X2 is ideal for this purpose. It is the main motor. The camera is small and it is not bragging in any way. Make the settings correct and it is also completely silent. I enjoy it when people ask about the vintage camera and why it does not even have a zoom lens. It is very easy to use and you can bring it in your pocket.
I have tried to work with larger equipment also but it does not really work. Mostly I do point and shoot without a viewfinder and arrange things at the desktop.
It is all about what goes on in your head before you shoot that is the important part. I don’t care much for sharpness either, as you can see from many of the photos. I would like to think that street photography is an art form and the X2 is the paper and pencil you always bring with you. Yes, there are shots taken with other gear but they are very few. 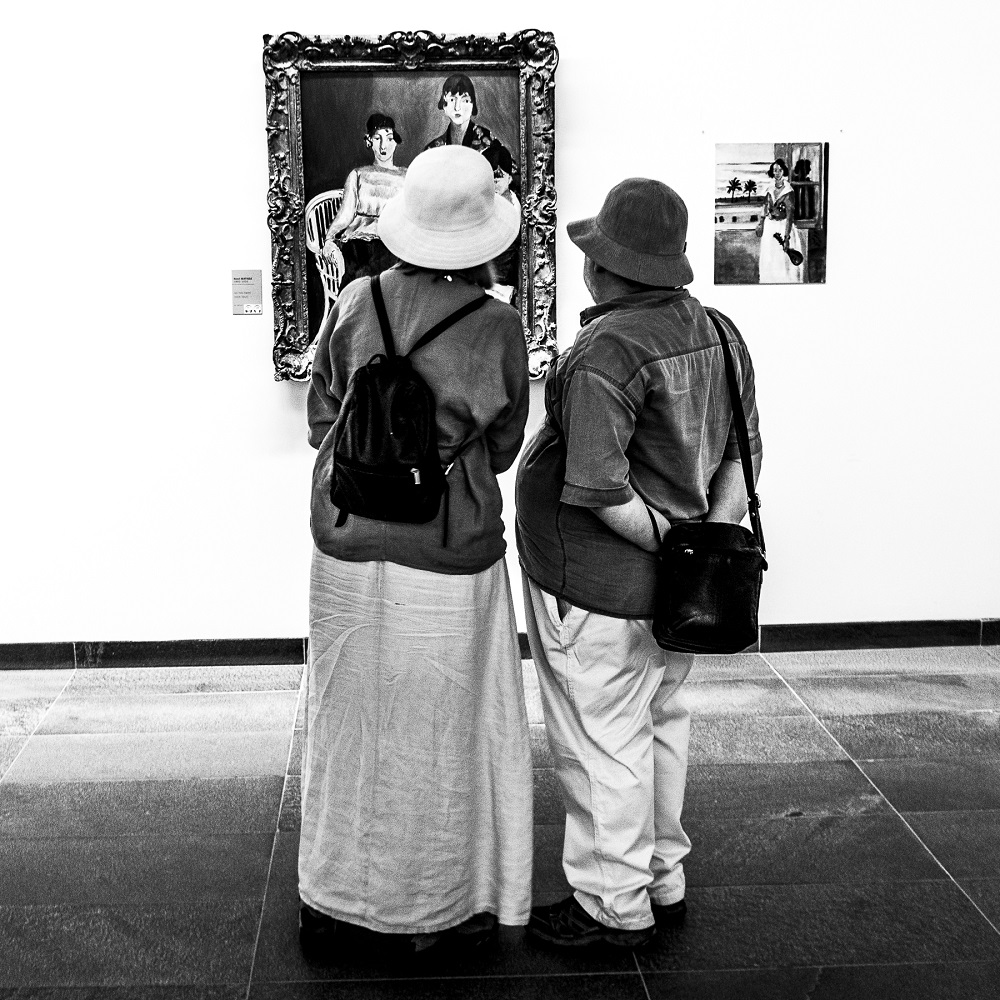 Q: Can you tell us about the Matisse image?
A: One of the exciting moments during preparation was when I wrote to Musée de l’Orangerie in Paris to get permission to use a photograph I shot there last summer. The shot includes a painting by Henri Matisse. Even if photography was accepted on the premises, I wanted to be absolutely sure.
The museum wrote back to me and said that they were not in position to give permission. I had to write directly to Les Héritiers Matisse in Paris. They handle the rights for all Matisse’s work.  So I wrote to them. I got a yes to use the photograph for the Council of Europe project. It was a good day when I got this approval. A very good day.
Q: What is the Autobiography of Intercultural Encounters?

A: Autobiography of Intercultural Encounters is what the name indicates. It is an application where you can measure how well you handle meetings with people from other cultures. You learn new skills.
We are not only talking about how you handle different cultures within Europe or people visiting from more foreign shores. It also relates to encounters with people from other regions within your own country. It could be, in fact, your neighbour.
The application is a self-learning program that takes you around seven separate sections and plenty of challenges that suggest how good you are at making intercultural encounters. The photos accompany the sections.
All can use the application, even if the main targets are younger people. You are welcome to try it starting right here. For those interested, there is plenty of additional information on the site.
Q: Do you have any exhibitions coming up that you’d like to share?

A: The first exhibition is a joint exhibition in July and August that will run in Copenhagen. From there on I will try to target each European country as Autobiography is adapted there. At the moment the application is in English, but I’ve been told there will be a French version this summer. The introduction is already now in Italian, Polish, French and Russian.
Thank you for your time, Knut!
– Leica Internet Team