Since the end of 2013, France has sent more than 1200 soldiers to the Central African Republic – including a large number of foreign legionnaires. They come from different countries and fight for a common cause: the end of the civil war. Photographer Edouard Elias accompanied the troops. We spoke with him about his motivation, his difficulties in justifying that he is a professional and the importance of remembrance. The full reportage can be found in LFI 2/15, available now. 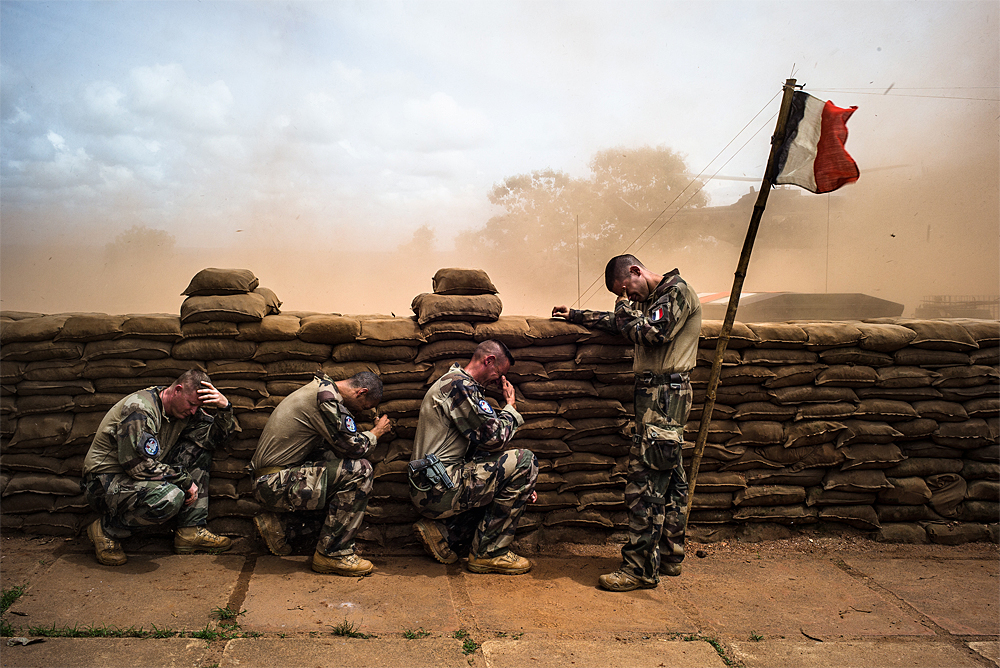 Q: Why did you choose this topic?
A: When I came back from Syria in April 2014, I was looking for another conflict zone to work in. Most journalists covered the civilians and the rebels involved in the Central African crisis; there wasn’t really anything about the intervention of the French Army.
Q: Was it difficult to get into close contact with the soldiers?
A: When you’re a journalist, they look at you like an outsider. The French Foreign Legion is very particular in this regard and it’s really difficult to integrate. I’m also still young (23 years old) and I always have to justify that I’m a professional. 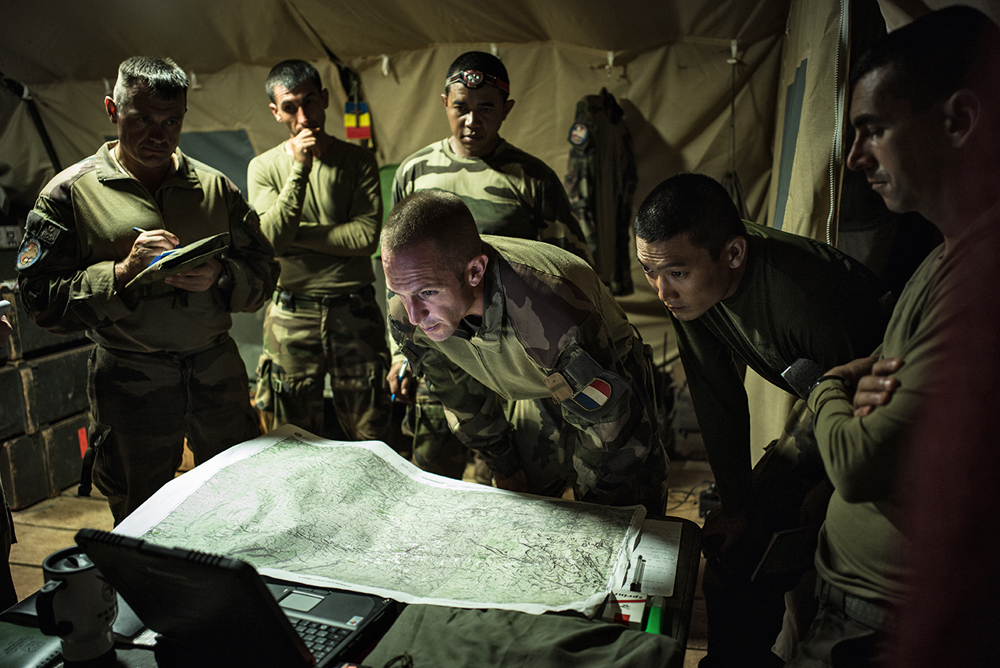 Q: What surprised you the most while working in the Central African Republic?
A: The quickly changing situation. In just a few minutes, you can see quiet people taking up weapons made out of nothing and threatening you.
Q: Did the soldiers see the photos afterwards? What was their reaction?
A: Of course, it was a way of integrating. I let them have some of the files, I sent some to their families and I made prints for the guys when I came back for Christmas at their base in Nîmes.
I wasn’t certain of their reaction at first. Of course, they were tired and exhausted, but at last they told me that their families were happy to hear about them and to see the conditions of their mission.
Now you can see prints in the corridors at their French headquarters, and also in the homes of some of the soldiers. In the end, I think they liked it. 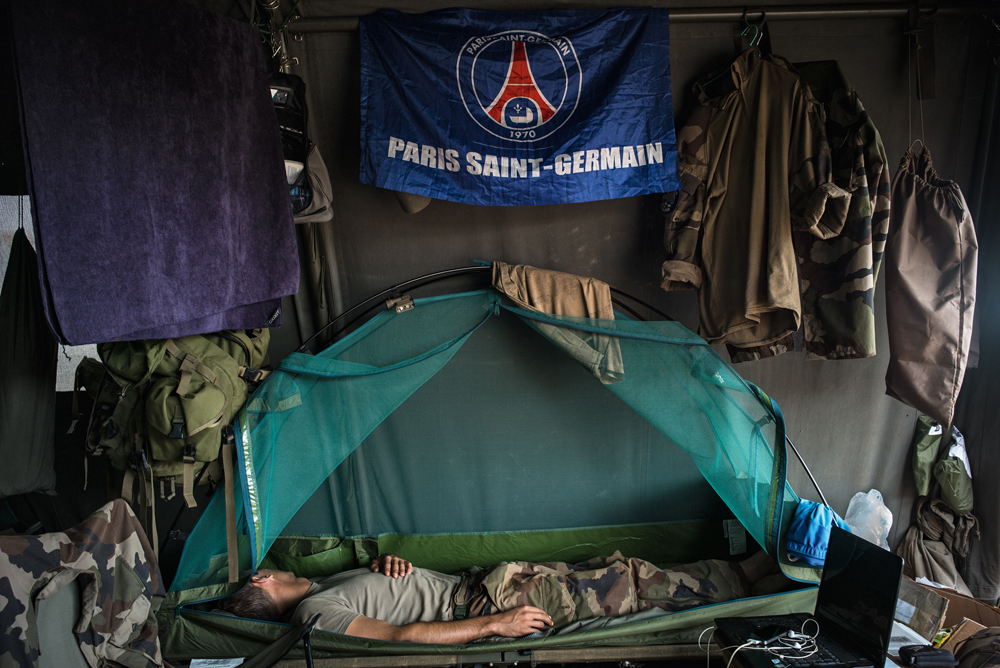 Q: Why did you choose color for your photos? Did you ever think of photographing in black-and-white?
A: I would love to shoot black-and-white and I also think that my compositions, which I don’t think are very good in color, would be more efficient.
But, now I can’t justify changing my electronic files into black-and-white (even if I do dream of doing so). If I start to shoot in black-and-white, it would be with a Leica Monochrom. Why? Because I can push it up to 6400 or 10000 ISO instead of the 3200 of the Leica M, so it has more dynamics. 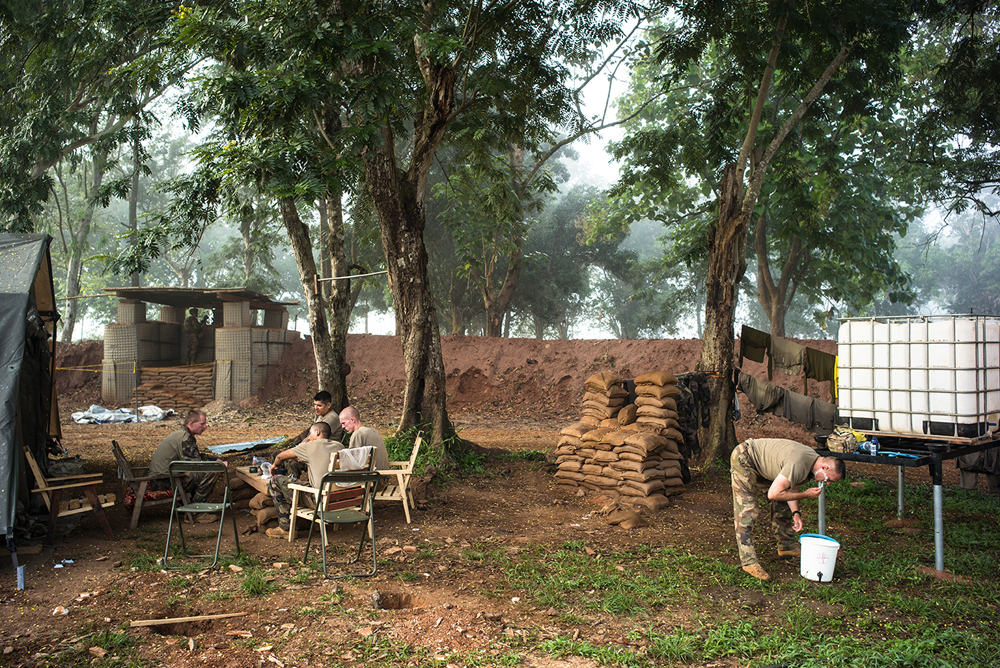 Q: What equipment did you use in the Central African Republic?
A: I used a Leica M typ 240 with a 1:2/28 mm Summicron for 95 percent of the pictures. I did maybe 10 pictures with a Summilux 1:1.4/50 mm and some portraits with a 85 mm on a Nikon. For the moment I don’t know how to use a long lens efficiently on my Leica.
Now I’ve put the Nikon away and I bought a 1:1.4/35 mm Summilux, and I spend all my time thinking 28 mm or 35 mm? 28 mm or 35 mm? 35 mm or 28 mm? I may try and buy a second camera for my next assignment…
Two M cameras with a 28 and 35 mm lens each and I’ll be able to sleep at night.
Q: What motivates you to photograph suffering worldwide?
A: Saying that I do this job to show the world what’s happening wouldn’t really be honest. I have, I think like everyone, some personal issues in the past, problems or experiences which make my motivations my own. I’ve been passionate about geopolitics and history since my childhood and I’m also very curious. I prefer to be where history is happening rather than reading about it in a book. I’m also passionate about photography and I still remember when I discovered a selection of one hundred Magnum Agency pictures in a little French magazine, Reporter sans Frontières… I couldn’t stop looking at it during my classes in business school. You always learn from people – also learn about how they fight against suffering.
Q: How important to your work is the aspect of remembering?
A: When you talk about remembering, of course, all the pictures are documents for the future and I hope that maybe one of my images will illustrate a history book one day. But remembering is a personal issue for me, as I have lost some people who were close during my life, and I live thinking about time all day long. All the pictures are instances that can keep certain moments, friends or meetings in my memory. Personally, I feel that the biggest tragedy is not the death of someone but that the person might be forgotten. 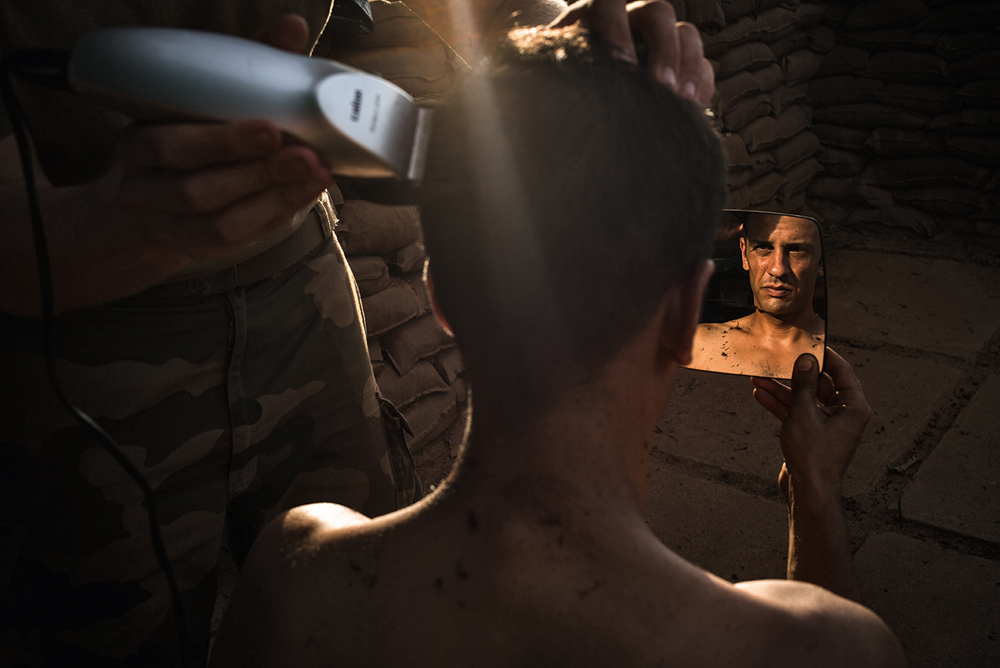 Q: What is the biggest challenge for you when taking photographs?
A: To be accepted and forgotten by the subject. That’s really hard when there’s a shortage of time. This is also the most interesting part. One picture takes 1/125 of a second. Before and after, you have to deal with everything. This is for me the job of a reporter.
Q: What projects are you planning next?
A: After the Central African Republic, I went to Lebanon/Jordan (the Syrian crisis), to Congo, I did projects in France (Christmas with the French Foreign Legion), then Chad and now Cameroon and the fight against Boko Haram. I hope I’ll be able to continue with the French soldiers and cover their lives in France.
Thank you for your time, Edouard!
– Leica Internet Team
Learn more about Edouard on his website. View more in LFI. Also available for the iPad and Android.