This interview is part of a series in which Olaf Willoughby talks with Leica Meet members about their photographic projects, their stories, goals and learnings along the way. This month’s interview is with Tom Woods, a photographer based in Boulder, Colorado. From travelling the area in his father’s Ford Galaxie 500 as a child, to his first Leica M3 at age 14 and beyond, Tom has a lifelong fascination with the Great Plains, documenting the sometimes extreme social and cultural change which has taken place in this huge area, twice the size of Texas.
Q: To start, can you give me an overview of your project, its title and its main theme?
A: A recent theme I have been working on is photographing ghost towns of the American Great Plains. This region has been experiencing high levels of depopulation over the past 50 years, brought on primarily by the decreasing importance of railways to small towns, the desire of young people to leave small agricultural towns for large cities, and increasing corporate ownership of farm land. The result of these and other factors is an astonishingly rapid transformation.
Q: And how does that theme develop as a story throughout the project?
A: The story of the project is told by the photographs, which reflect decay, increasing rates of poverty, hard times and abandonment of small towns on the Great Plains – dreams found and lost over the course of a few generations. 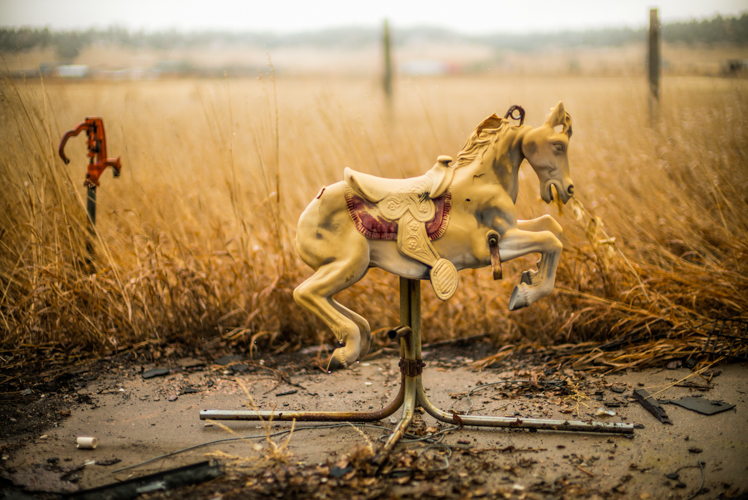 Q: Is the project purely for yourself or do you have a commercial or cause-related end in mind?
A: I am interested in the project for mostly personal reasons, and have no commercial goal in mind. The project resonates with me because I remember the Great Plains of my childhood, which were quite different and more prosperous than those of today. The first great exodus of white settlers from the Great Plains occurred after 1890, by which time insurance companies had figured out that it was bad business to insure crops anywhere west of the 100th Meridian (which bisects the Dakotas, Nebraska and Kansas north to south, and where annual rainfall drops off precipitously). The Dust Bowl years and the Great Depression of the 1930s led to the second great exodus of people from the Great Plains.
After World War II, the region recovered somewhat. At that time, the Great Plains were filled with small towns that were fueled and sustained largely by family farms and ranches. Over the past 50 years, agricultural practices and economics have changed significantly, and government agricultural subsidies have generally come to favor large, corporate agricultural operations.
As a result, large-scale, corporate operations have mostly replaced less efficient smaller farms and ranches. Many agricultural operations in the region now comprise tens of thousands of acres, and are worked by skeleton crews with giant agricultural tractors, harvesters, irrigation systems and other expensive equipment. Small towns across the Great Plains have withered or even disappeared as family farms have become increasingly untenable financially and as birthrates continued their steep decline.
Over the past few decades, people have been leaving the region for large cities on the edges of the Great Plains, such as Denver, Fargo, Sioux Falls, Minneapolis, and Kansas City, all of which have healthy economies. Young people growing up in small towns on the Great Plains have typically moved away to large cities as soon as they could, where they felt that life would be more interesting and employment could be found. Today, there are fewer people inhabiting the Great Plains than there were in 1890.
But the Great Plains have always been a tough place to live, with tornadoes, hail, hot summers, savage winters and infrequent and unpredictable rainfall. It was a tough place for Native Americans as well, who could not populate most of the Great Plains until wild horses migrated north from Mexico (and which originated from stock brought to the New World by the Spanish Conquistadores). Distances were too large, water was too scarce, and game was too fleet of foot for humans to survive on the Great Plains without horses. 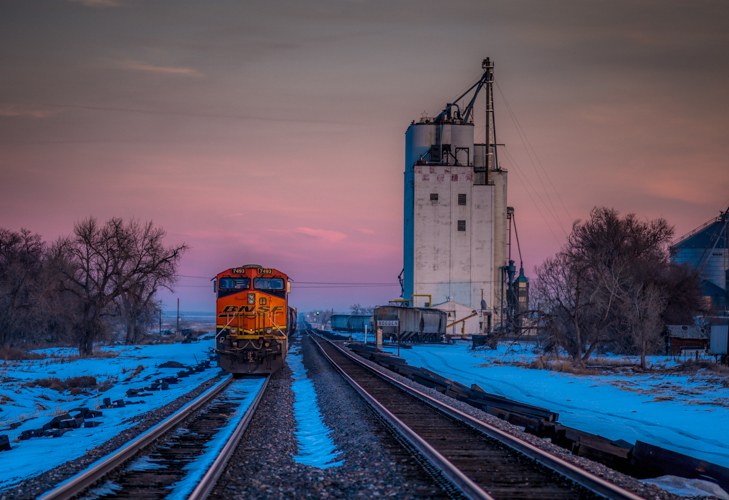 Q: What photographic choices have you made – colour palette, composition, use of flash, etc.
A: I like to use color for this project because it permits the nuance and beauty of the subjects to come alive and shine through. I never use flash, mostly because I don’t really know how to use flash very well, and also because I do not generally like the effect it produces. Nearly all of the photographs taken to date for this project have focused on things, such as buildings and belongings. I would like to change that focus to include more about the people of the Great Plains, and especially older people who have witnessed the tremendous changes of the past 50 years. Nearly all of my photographs are taken within two hours of sunrise and sunset, and I generally avoid photographing at mid-day. Unless shooting with a telephoto lens, I try my best to avoid using a tripod.
Q: What is your vision for the project and how will you judge if you’ve been successful?
A: My vision for this project is to take photographs over most of the Great Plains, from Western Minnesota to Wyoming, and from Saskatchewan to North Texas. This will probably take a few years to complete. By the end of the project I hope to have put together a coherent and compelling photographic narrative about the Great Plains (or “the Prairies” as they are referred to in Canada). 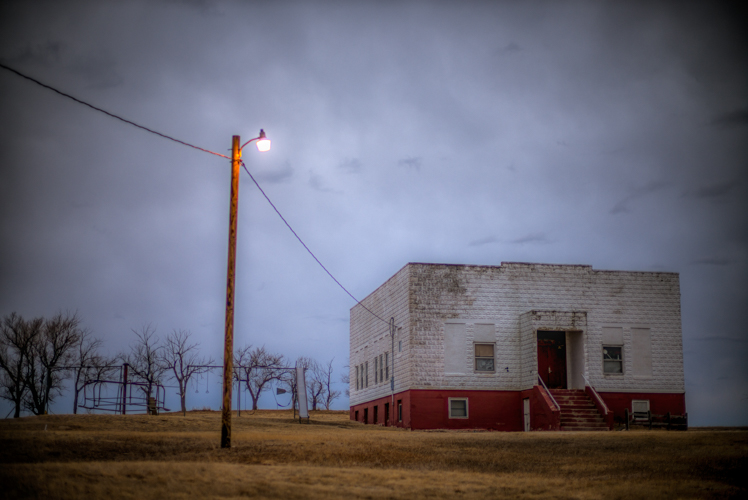 Q: Did any particular person or body of work influence or inspire you?
A: Some of my favorite photographers who have provided inspiration for this project and for my photographic vision generally include Sir Wilfred Thesiger, Steve McCurry, Dorothea Lange, Vivian Maier, and Elliott Erwitt.
Q: Not all projects are smooth sailing. Have you had any setbacks and what were your learnings?
A: Taking good photographs is hard work (for me, anyway). I have learned to take a photograph the moment I see it (and not to wait, or perhaps return to the site later), and not to dilly-dally trying to both photograph and sight-see. Total immersion seems to produce the best results. Most setbacks have occurred because I was not sufficiently focused on the task at hand, or because I did not take enough time to examine a subject closely or from different perspectives. Most of my good photographs have been taken when I first came upon a subject, or after a considerable period of examination of the subject and subsequent experimentation has occurred.
Q: Are there any technical or workflow challenges you’d like to mention?
A: In my opinion, image processing is at least as important as having good raw photographic images to work with. Processing a photograph to reproduce reasonably faithfully what you saw in the field while also imparting some, but not too much, pop and dimensionality to the photo is a real art which I have not fully mastered. Because I often use a 50 mm Noctilux lens wide open, I have learned to use an EVF for focusing instead of the rangefinder. I have also found that a good polarizing filter (e.g., a Kaesemann Polarizer) can reduce vignetting with this lens (as opposed to using a neutral density filter), and can knock down shutter speeds sufficiently during daylight shooting (especially early or late in the day when light is not so intense). 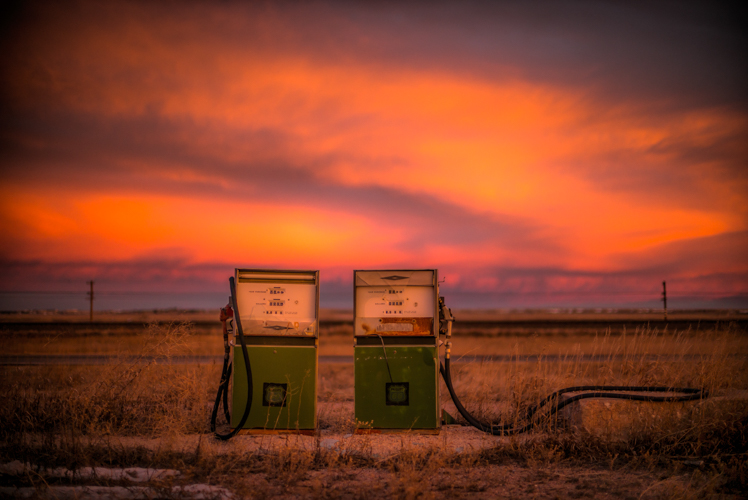 Q: What Leica equipment do you use and how is it particularly suited to the needs of this project?
A: I have a Leica M-P and M240, and an array of Leica lenses. My favorite Leica lenses are the 50 mm f/0.95 Noctilux, the 50 mm ASPH. Summilux, the 28 mm Elmarit, the 16-18-21 WATE and the 180 mm APO-Telyt-R. Probably 80% of my photos are taken with the two 50 mm Leica lenses, however. I have developed a special fondness for my Noctilux and 50 mm Summilux lenses. Leica lenses are superb and provide a wonderful mix of tonality, acuity and faithful color reproduction, while the new M bodies are intuitive and easy to use. For my Great Plains project, I will never again return to most of the places I visit. Using Leica gear therefore makes sense. I’ll get what I need the first time.
Q: I understand that your wife also shoots with an M camera. How does her work differ from yours? And do you ever get a little competitive?
A: My wife Lora previously used a DSLR with auto-everything. Now the Leica I used to call “the M240 you are borrowing from me” has become “Lora’s Leica.” Lora sees things quite differently from me, and I would say she tends to see more, especially when it comes to human subjects. As a result, and even though we often photograph the same subjects, her work often turns out quite different from mine. The difference might come down to Lora’s work being more artistic, lighter, happier and brighter. Competition for photos and photo opportunities does occur between us, but as a husband I can reliably count on losing any battles that might arise.
Thank you for your time, Tom!
– Leica Internet Team
Tom Woods is a photographer based in Colorado. His older brother worked at a camera store and, when Tom was 14, he offered to sell him his Leica M3, 35 mm Summicron lens (with goggles), and 90 mm Elmar lens so he could buy the latest Leicaflex. So began a journey in photography and a life-long affection for and connection to all things Leica. He stumbled across the Leica Meet on Facebook, and it has proven to be the Facebook photography group he likes best because of the many excellent photographers who post there, and the positive atmosphere created by its members.
Olaf Willoughby is a photographer, writer and researcher. He is co-founder of The Leica Meet, a Facebook page and website growing at warp speed to almost 8,000 members. On the 21st of June 2015, Olaf will be co-teaching ‘Visual Conversations’, a creative photography workshop with Eileen McCarney Muldoon at Maine Media College in Rockport.
If you have an intriguing project or body of work that we might feature, completed or in progress, contact Olaf at: olaffwilloughby@gmail.com or www.olafwilloughby.com.