Jing Huang was born in 1987 in Guangzhou, a city in the south of China with around 11 million inhabitants. He studied photography at the Guangzhou Academy of Fine Arts until 2010, and currently lives and works as a photographer in Shenzhen. The city, known mostly for its factories and for having the highest income per capita in China, borders with the north of the Special Administrative Region, Hong Kong, and is often associated with a brightly colored world full of plastic products. While many photographers present their work in a way that accentuates this image, Huang avoids using clichés in his work, to circumvent the wide-spread impression of a country completely defined by industry.
Jing Huang became known for pictures including many classic elements of Chinese landscape painting. With a Leica given to him by his mother, he captured poetic impressions of everyday life.  The Chinese photographer considers it a great joy every time he captures a highly emotional moment. “When I’m out and about with my camera, I virtually only follow my intuition. I prefer to capture something in an emotional way.” In 2011, Jing Huang won the Leica Oskar Barnack Newcomer Award for his Pure of Sight series. His images are also exhibited at this year’s Photo Shanghai from September 11-13, 2015.
In the following interview, Huang offers insight into his approach and the technical aspects of his work. You can learn more about Huang’s pictures in the Traces of Humanity portfolio appearing in LFI 6/2015. 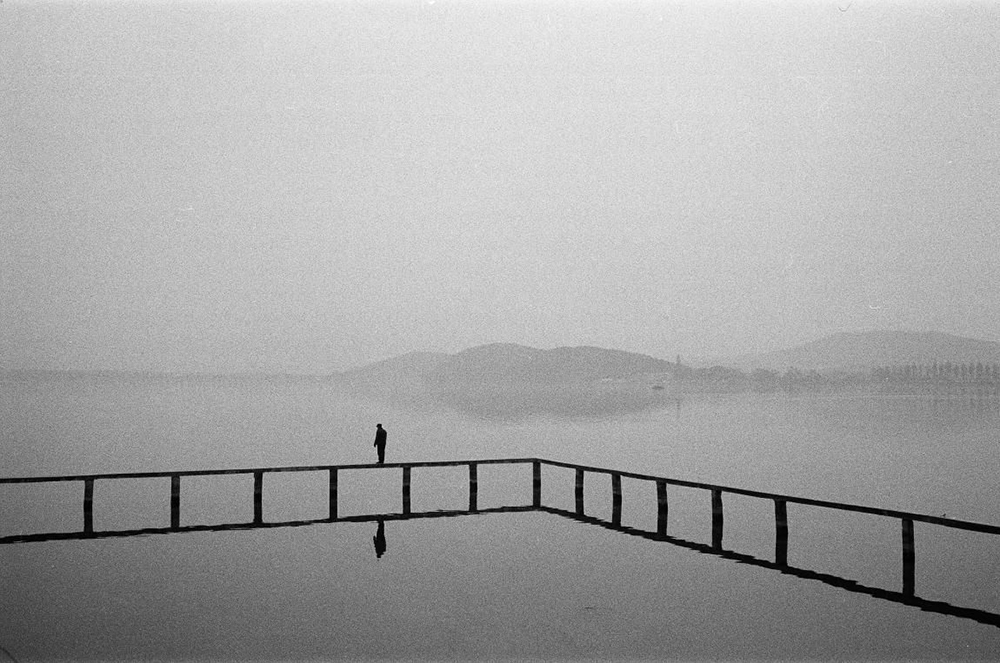 Q: Which camera system do you use? Do you still work with your Leica M4-P and with 35 and 28 mm lenses?
A: I’m still using my Leica M4-P and Summicron-M 35 mm f/2 ASPH. I also have a Leica M2 as a spare. I also use a digital M (Typ 240). I prefer to use a 35 mm lens, though I sometimes use a 50 or 90 mm lens.
Q: Which lens do you prefer to use for which purpose? Can you describe why and when?
A: It depends on my mood. I like the Summicron best because it’s neither too narrow nor too wide. It has the perfect size with a reasonable weight, so it never exhausts me. I take a 28mm lens with me to places that are spacious and open, like the seaside. I sometimes use 50 and 90mm lenses as well. But I only take one lens at a time, even when I take two cameras, because it’s less of a bother.
Q:Why do you work in black/white? Did you ever try using color and, if yes, why don’t you use it any longer?
A: I work in black and white most of the time, because I believe that is what I’m used to living in – a colourless world. Actually, I’ve been trying out colour as well. but it seems that it’s too challenging for me.
Q: It’s interesting that you see the world as colorless. Can you explain that? People in Europe think of China – and Shenzhen where all the goods are produced – as full of colorful plastic products and neon advertising.
A: That’s where my perception differs to yours. For example, I saw Germany as a rigorously industrial country; but after travelling a lot in Germany, I discovered more about it. I live in Shenzhen, so I tend to avoid clichés, as I think that’s superficial. Outsiders might think that China and Shenzhen are full of plastic, and some artists try to emphasize those kinds of clichés. However, my feelings towards this city are way beyond that, as I live with kindness. 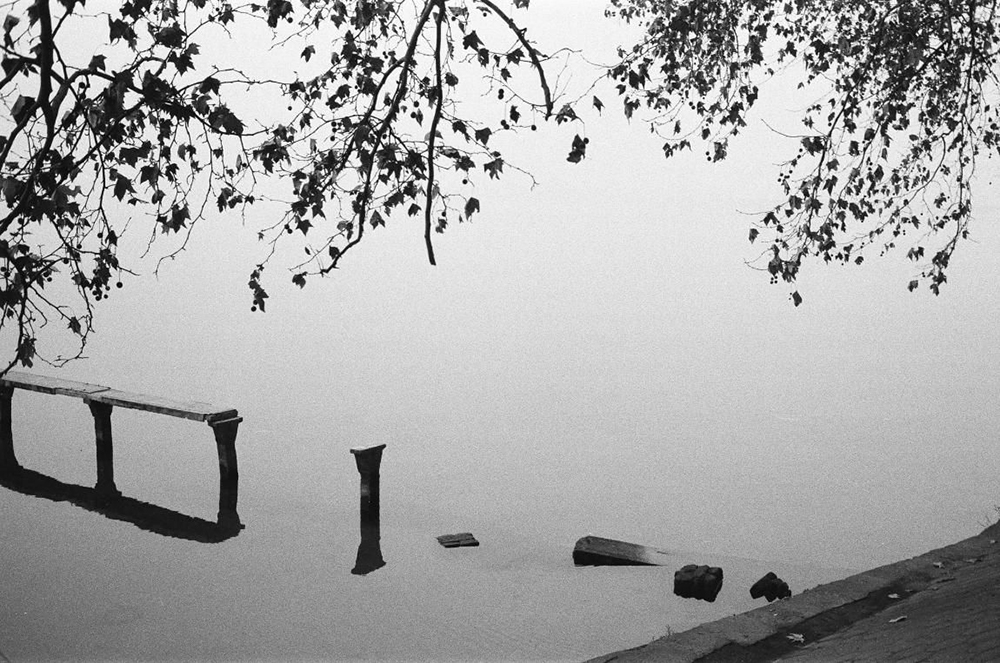 Q: Do you use flash at all? If not, why? If you do, why and what did you use the flash for? I think your images work best without flash.
A: I used to use flash a lot. I stopped using it after my M4-P’s flash trigger broke a year or two ago: it was really difficult to get the Leica repaired and it would have taken a long time. That’s why I got a set of repair tools and learned to fix the Leica myself. Now I can fix any basic problem; but I haven’t figured out the issue of flash trigger. I used to like to over-expose figures and animals; but now I don’t use flash that often and I’m getting used to not having one.
Q: Do you do retouching on the computer? How important is the computer for you as a photographer?
A: I used to work in a traditional darkroom. Then I came into contact with the internet so the computer is quite important for me; and I started to learn to use all types of software once digital cameras became widely used.
Q: What computer programs and filters do you use to enhance your images and why?
A: I use Photoshop and Lightroom. I started to use Photoshop when it had just came out, so I’m now very familiar with it. And I’m getting to know and use a software called M Monochrom.
Q:With regard to doing edits, how do you make the selection? Is it hard for you to choose from among the pictures? How do you build up an edit? Some people have a really hard time doing edits, while others enjoy it. How about you?
A: I don’t think I’m very good at selecting because I don’t follow any logic when I shoot photos. I simply put together pictures that I’m interested in. I can still remember all the pictures I’ve taken by heart, and can still deal with them all; but I’m not sure if I will still manage to do that in the future. That might be a good thing, because if I forget some it must mean they’re not good enough.
Thank you for your time, Jing!
Read the interview in German here. Connect with Jing on his website. View more in LFI. Also available for the iPad and Android.