From punk concerts to tank trenches, the photographer Stanley Greene reveals his great versatility. Issue No. 2 of the M Magazine presented images he took in San Francisco in the early eighties; with his camera on hand, he threw himself into the excesses of the party scene, getting carried away by sex, drugs and rock ’n’ roll. LFI 7/2015 published a series he took in Oakland, documenting his encounters with whores, gangsters, dealers, and people with only one aim in mind: to get off the streets. He talks about change, music and the meaning of feedback.
Q: In the last issue of LFI we published the photos you took in Oakland. Why did you decide to photograph there?
A: Occupy Wall Street was happening at that time; it had reached California and there were demonstrations. I was also obsessed with documenting Route 66, which was my initial proposal for Facing Change: Documenting America. When I went to school I did a body of work in Oakland. For me, Oakland will always be a crazy kind of place, because the Hells Angels originated in Oakland, the Black Guerilla Family come from Oakland, and the Oakland Raiders. So I thought, “I can’t do Route 66 and I can’t really document what’s happening with Occupy Wall Street, so what shall I do? I do Oakland.”
When I got there I met this guy named CQ who was a member of the Black Guerilla Family. He and some others took me into their world; they schooled me. They were so open and brutally honest. For example, they have a moral code. If someone is fucking up, you just go up to him, put a gun to his head and that’s the end of the story. Dump his body and take him to the flatlands. 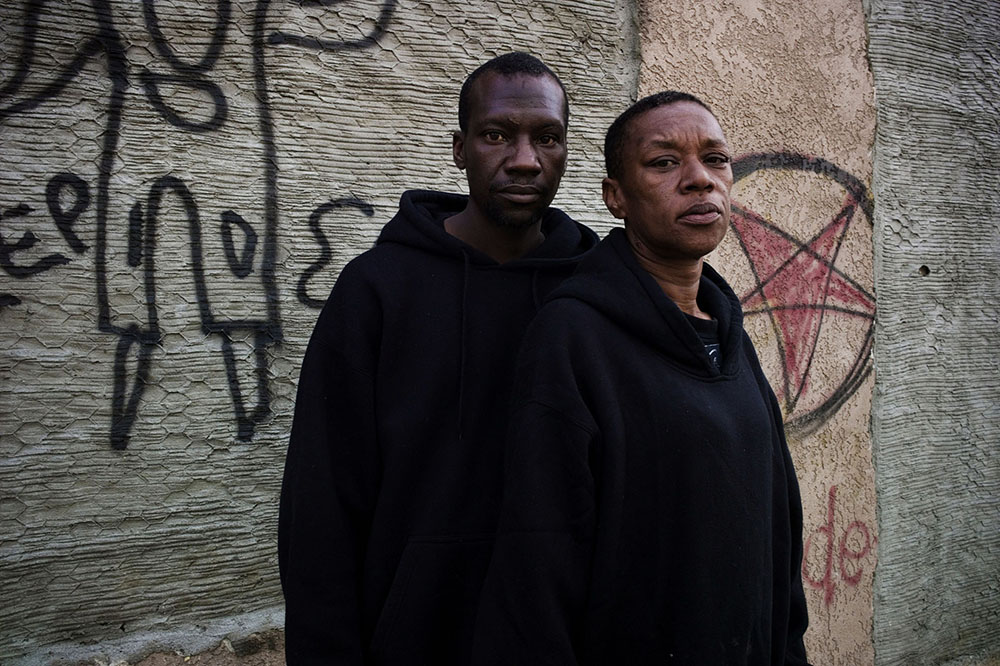 Q: This project is part of the non-profit organization Facing Change: Documenting America. You’re living abroad now. Is it easier to recognize changes when you’re living abroad?
A: I think so. Walker Evans came to Paris to be a writer; then someone gave him a camera and he went back to America and all this stuff just jumped out in front of his eyes. And there are many other examples. The work I did with Hurricane Katrina, which was the first body of work I’d done in America in a really long time, and also Flatliners, were the consequence of my eyes being wide open. The fact that I shot Flatliners in colour was also new. I normally shoot in black-and-white, but I saw the whole thing in colour and it made it look even more evil. Black-and-white would have romanticized it. 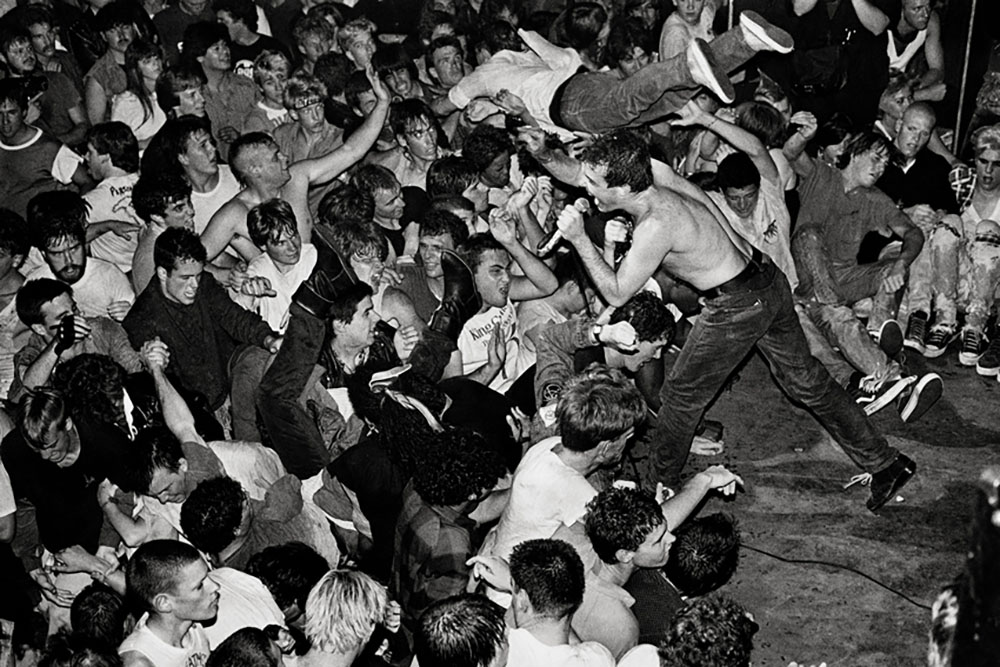 Q: In the M Magazine we presented your Western Front series. Is music comparable to photography?
A: Of course. When I teach, I say that music is in the air and I use words like a visual language, photo language. Everyone has a song in their head when they’re taking pictures. Music is everywhere. Music gives you that sense of rhythm and feeling and being.
Q: And your Leica would be which instrument?
A: A lead guitar. I’ve seen Jimi Hendrix and I wanted to be Jimi Hendrix. I’ve seen him and he was so fast. I knew I could never be him. And instead of being depressed I accepted it, then some nights later someone broke into our apartment. They only took the guitars and left the cameras, so that was a sign. I believe in signs. I thought, “this music thing is not in your karma.”
Q: Which equipment are you working with at the moment?
A: I work with everything. In Palestine, for example, I worked with a Leica. Using big equipment there would be problematic. At the Maidan I shot with the Nikon, because you had to announce that you were a photographer. I’ve worked with a Leica since I was a kid, and you tend to fall back on what you know; but, of course, you pick up other things and play with them. There are certain cameras that can be part of you.
Q: What makes the Leica special for you?
A: The lenses are amazing. The tonalities are fantastic. I think that lenses make the difference, and, of course, it depends on what you’re comfortable with. A rangefinder is a very intimate camera. When you shoot with it, you feel like you’re really having a conversation. Once I was doing a photo shoot with a Leica, and the people I wanted to photograph were getting nervous and asked, “When will you take the picture?” I said, “I’ve taken the picture.” 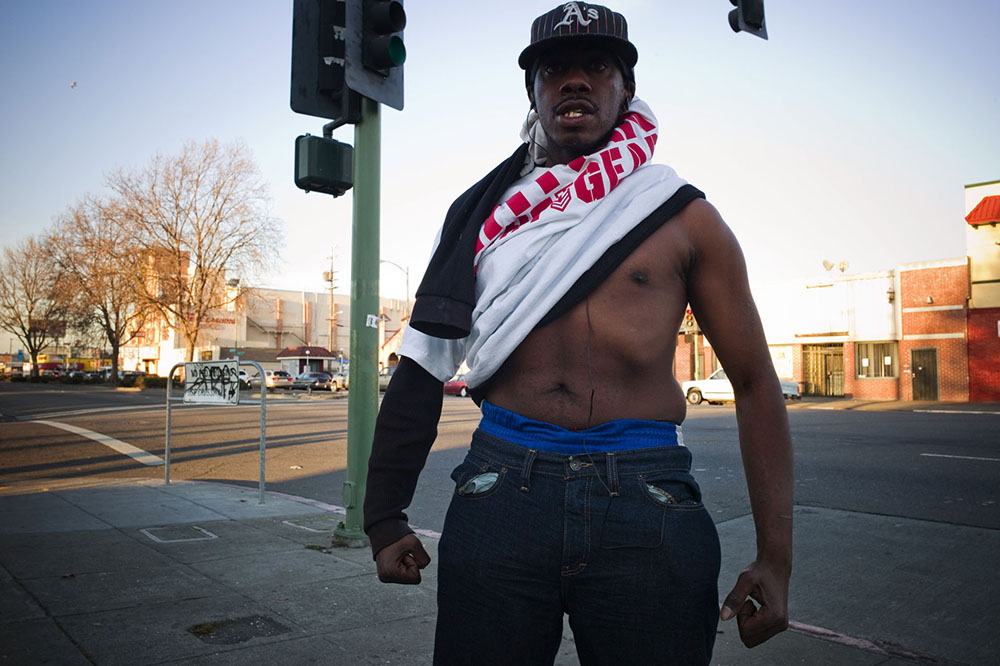 Q: How many cameras did you use when shooting with film?
A: Normally three. One was for colour, one was chrome and one was black-and-white. Someone said to me that I looked like a Christmas tree. If you watch a speed drummer, the sticks fly all over the place; the drummer grabs one to make a certain sound, and then the other to make a different sound. It’s all about the sound you want to make. It’s the same with the camera – what statement do you want to make?
Q: How did you get into photography?
A: My father used to mess around with photography, but he just hated making contact sheets. So he taught me how to do it, how to make prints, and he captured me early on when he said, “It’s magic.” And that worked for me. It’s magic.
Q: Why is it important to work in a collective and to share experiences?
A: Kadir van Lohuizen and I founded Noor one day when we were seriously drunk in New Orleans while covering Hurricane Katrina. First we just wanted to hang out, like with a gang, because photography is such a lonely profession. A lot of the time you don’t get any feedback and then you get lost. Young photographers especially should share their work in workshops, for example. If you can talk about what’s making you struggle, it might make you a better artist.
Q: What are your next plans?
A: Noor is doing this big project called Modern Day Slavery and I just got the green light – I’ll be going to Thailand to do a story about sex trafficking with very young boys. Everybody says to be careful what you wish for, and it looks like I got it and that I‘m going to do it – but it won’t be very easy.
Thank you for your time, Stanley!
– Leica Internet Team
View more in LFI. Also available for the iPad and Android.