“There where nothing happens…”

The Leica camera Blog Uncategorized “There where nothing happens…”

This is the second of two interviews carried out on the occasion of the new “J’étais là” (“I Was There”) exhibition by Stéphane Duroy and Paulo Nozolino, presented by Leica at Paris Photo 2015, an edition which was cut short following the 13 November attacks in Paris. 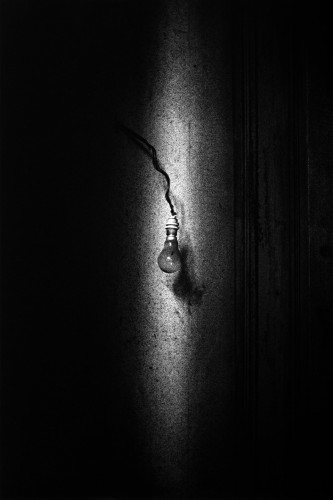 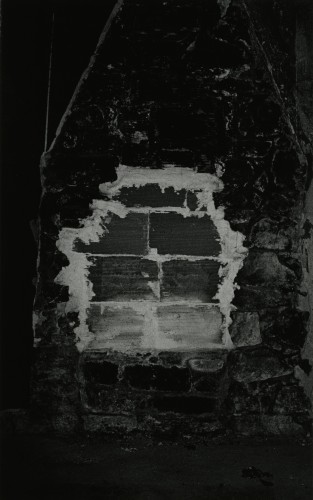 What statement were you making in this exhibition? What could be seen?
I started with these two images: the light off, the chimney walled up; we are without light, without fire. Encircled. The other images show a urinal (that resembles a shrine), a shovel on the ground, a spoon on a table, a burnt-out nightclub, a cross, made out of beams, in an abandoned house. I think it’s necessary, especially today, to maintain a quasi-mystical and quasi-religious character in photography: taking photos is a highly solitary practice. It’s almost of the order of a mission, at least for some of us. It’s above all not decorative, it’s not wallpaper. I want my photos to be like icons. That’s what I aspire to, that they be perceived as something you can find in a church. Something which is so simple, so pure, so noble… That’s what photography is: choosing what you want in this vast world and giving it importance, according to our code of values.
You said at the start of this interview that the tragic events in Paris may shed new light on your images taken in Brittany.
The exhibition was cut short because of the terrorist attacks. After having lived through the attacks, people came and told me that they looked at my work in a completely different manner. If before they found my universe very austere, harsh and dark, now they understood it, because they had just lived a very dark and hard night and day…
Do you know “J’étais là” (“I Was There”), the extraordinary poem by Guillevic? He writes: “I was there. I was there. Precisely there where nothing happened. Pulling that off was a long story.” This poem in a way sums up Stéphane, Paul and my story; our story. We were there in a place where nothing was happening, precisely there. But it is in this nothing that I manage to work. I need nothingness to bring everything out. Many people are lost in their gadgets, success and money, but they are distractions in regard to what really matters… We are only passing through, we should never forget that. Memento Mori.

To read the interview in French, please click here.