Matching the versatility of a camera

Pete Halvorsen shares his experience with the versatile Leica X-U

The Leica camera Blog Uncategorized Matching the versatility of a camera

Pete Halvorsen is an Advertising and Travel Photographer based out Los Angeles. Named one of the top Travel Photographers online by Business Insider, Pete has shot for clients like: GAP, Toyota, TOMS, SKYY and Four Seasons. His work has appeared in at the Getty Museum and in magazines like Details, People, and InStyle. Over the past 3 years Pete has rallied online photographers all around the world to turn digital relationships analog ones. Leica recently asked Pete to host their first “instaMeet” where over 100 photographers came together to learn more about and shoot on Leica’s at their flagship store in Southern California. When Pete’s not running to catch an airplane from LAX he can be found building sand castles or surfing with his family in Manhattan Beach. Here, he shares his experience with the versatile Leica X-U.

Leica and it’s history had always been known to me. After working through different camera systems over the years but it wasn’t until I shot with the MP (Typ 240) + Summicron 35 mm/1.2 and printed my images out that I really understood what it meant to shoot on a Leica. It was a different image and a different experience. I felt like I had a partner and not just a “machine made” device to take photos with. People often ask me why Leica? Beyond the image just being different, it’s also the relationship that is created between photographer and camera. There is a feeling that you are carrying around the history of photography and the photographers who paved the way around with you. This has created a gravitas and responsibility to the images I create. The care and energy that goes into making the Leica transfers into a shooting experience I haven’t found with another camera system that creates that feeling while shooting or the image we produce together.

What camera and equipment do you use?

Over the past year I’ve shot work with the SL, M-P 240 and the S (006). It really depends on the assignment. But since November I’m rarely without my Leica Q hanging from my right shoulder or it sitting on the table at the restaurant during dinner, it’s become the perfect travel companion. During the month of March I also had the privilege of shooting a number of water-based projects with the Leica X-U as well.

You’ve used several Leica cameras. Even though they all have different purposes, from a technical standpoint, how can you compare the Leica X-U with the Q, SL, and others?

The X-U does a great job of keeping it simple in terms of settings. When you think of when the photographer is going to be using the X-U in extreme situations whether a storm, the desert or in the ocean the last thing you want to do is spending time going through menus and settings. I found it was really intuitive and allowed me to concentrate on the subject I was shooting rather than fiddling with settings. Like I mentioned earlier I love my Leica Q and I found it’s feel to be similar to that. The fixed 23mm lens (35 equivalent) allowed me to get close and personal with the subjects…whether a surfer or a turtle.

How was the process of getting comfortable with the X-U? Usually, one is concerned if water or sand can get into the equipment, so, were you constantly concerned about the actual camera?

It was so freeing to not have to worry about the elements when I was shooting with the Q. While I was in Hawaii I hiked a few hours in the pouring rain to get to this active Volcano. Once I got down to the crater I was the only one there, I had to document the moment, so snapped this shot of the X-U on the lava rock with my iPhone.

The creative opportunities this type of robust and sturdy camera offers are endless. You worked with Olympic medalist Conor Dwyer and pro surfer Slater Trout, what was the approach when photographing them?

I was really excited to shoot “Training Places” with the X-U because these professional athletes matched the versatility of the camera. Rather than putting a housing on my camera to get the underwater shots I needed, I was able to trust that the X-U to cover the entire project.

I had to work around their crazy training/travel schedules but we were able to get into the pool at USC’s training facilities as well as the LA Memorial Coliseum (site of the 1984 Olympics) before headed to the ocean.

My approach was wanting to give a real in journalistic approach to the training versus an “action sports” feel. Shooting on the fixed 23mm (35mm equivalent) allowed me to get close to the action and let the camera do it’s job.

I let both guys give the X-U a spin as well, Conor got this great selfie of he and Brazilian Olympic Medalist Thiago Pereira.

The above images, with the turtle, where was this taken? Have you ever encountered the opportunity to get that close to nature and animals and document them?

I was free-diving on Oahu, Hawaii with two friends but it wasn’t until we were in these shallow waters that the turtles who cruised right up to me. The water was a bit dark, but I was able to switch the on-camera flash on and shoot some really great shots of these guys as the swam up to check me out.

These are the “right place at the right time” moments but also having the confidence in that the equipment will perform as needed it happens. You don’t have the luxury of being in a studio and recreating those moments with multiple takes. 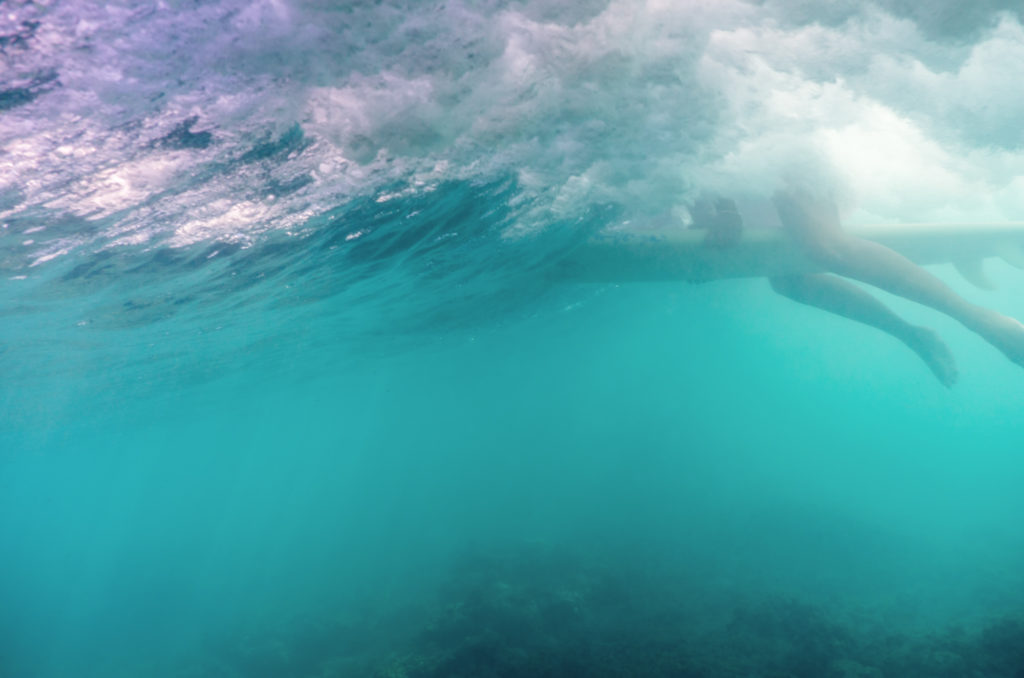 The above image depicts a really accurate look of how the X-U can perform under these conditions. You can notice the blue and green colors of the water in contrast with the seafloor. What do you think of the overall performance of the X-U underwater?

For this shot I utilized the “Underwater” white balance feature which is a single button activation. I found the large LCD really helpful while underwater framing up shots like this one. Not having to deal w/ focus issues like on the cameras I have with water housings was a great. Being able to control the camera as you would on land was very intuitive when conditions are changing as quickly as they do in the ocean. 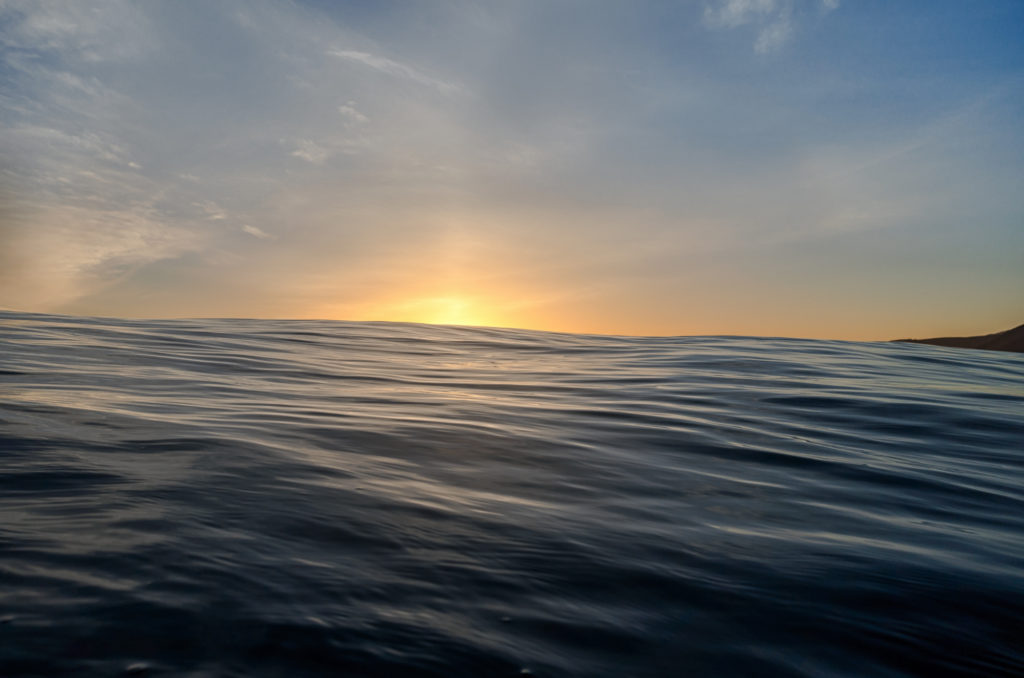 This image shows the sunset with the almost silky, dark blue water forming up the next wave. Were there any specific settings you were trying out with this image?

The light was getting so good, at this point I had been in the water shooting for almost 2 hours. But the wind had shifted and golden hour was creating this perfect setting. I was at f/9 – 1/400 iso 100. I wanted to catch some feeling of movement but not enough that would give it a speed blur effect. The trick to this shot was not wanting to have the sunset above the cresting wave. I checked the image right after I shot it and was really stoked. I already have this one printed out in my studio, one of my favorites I shot with the X-U.