An insight into the life and work of Roger Ballen

The Leica camera Blog Made with Leica SL

Roger Ballen is one of the most important and original art photographers working today. Best known for his probing, often challenging images that exist in a space between painting, drawing, installation and photography. Based on an extended interview with the enigmatic artist, this blog post delves a little deeper into Roger Ballen’s artistic evolution, the formative elements that define his work and his relationship to Leica cameras.

Born in New York City in 1950, Roger Ballen grew up in Westchester County and studied psychology at the University of California, Berkeley. He first got hold of a camera at the age of 13 and has now been taking photographs for five decades. He was exposed to photography and photographers through his mother, who worked for Magnum Photo in the 60s and who introduced him to several of his early influences.

There were four or five photographers that had a major influence on me and one of them was Henri Cartier-Bresson with the decisive moment, another would be Paul Strand with his beautiful strong square compositions, Elliot Erwitt had something absurd and humorous and Andre Kertész because he taught me that photography could be art. By an early age I understood some of the basic concepts that would carry through the rest of my career. 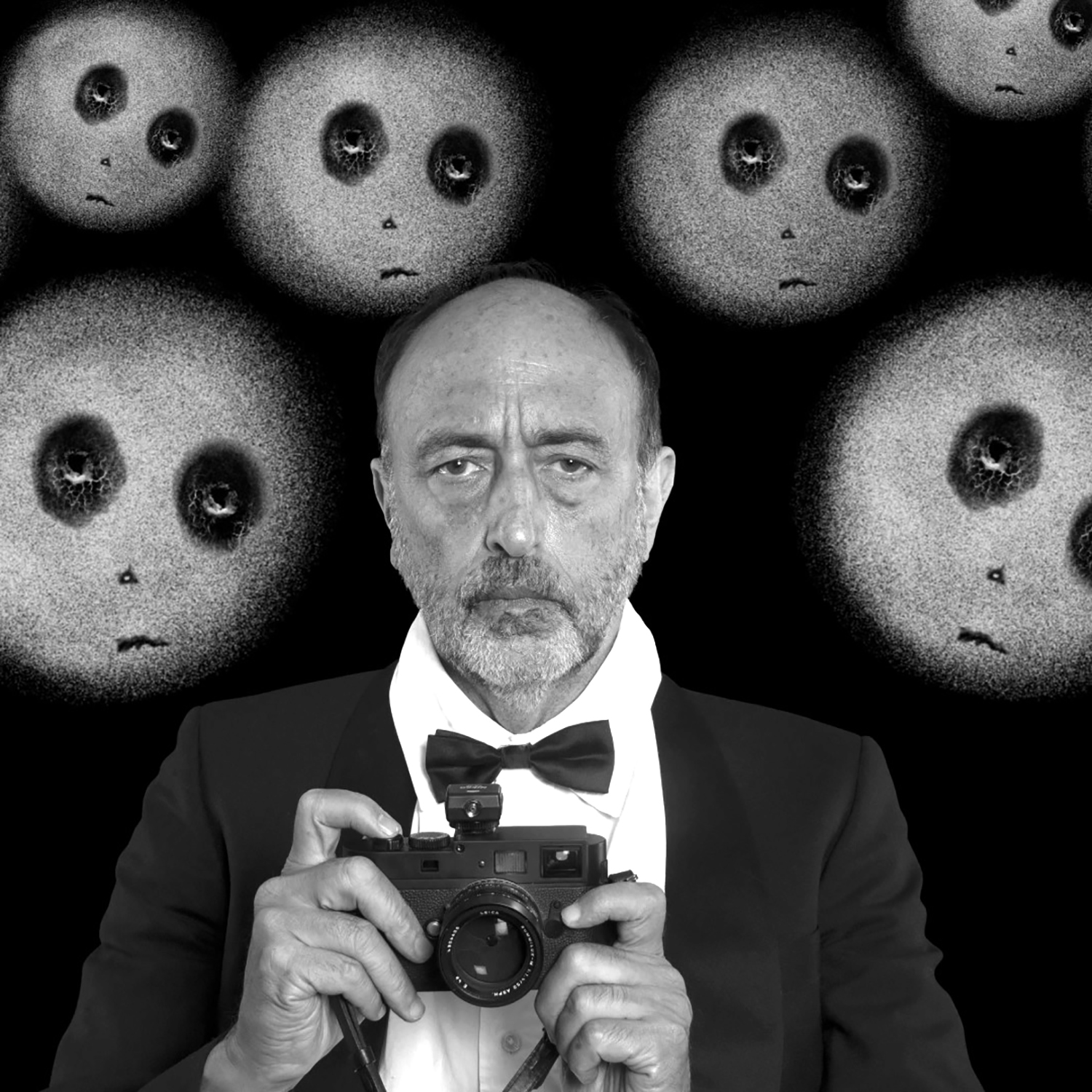 Armed with this understanding of photography, he left the US for Europe, Africa and Asia, following the death of his mother in 1973. His first publication Boyhood (1979) is a collection of portraits of boys taken on his travels around the world from Guatemala to Indonesia and Rwanda to Japan. The collection of photographs and by association, the journey itself, can be seen as an attempt to access his own childhood. In his words, Ballen describes this period of his life as “finding the core”.

During the 70s he travelled to South Africa to work in mineral exploration but was never without his camera. Spoken like a true geologist he notes, “I still needed to use the camera to excavate layers of my inner life”. His work in apartheid South Africa saw him travel to isolated, rural areas and he began photographing the outsider communities he came into contact with. The projects that followed – Dorps: Small towns in South Africa (1986), Platteland (1994) and Outland (2001) saw Ballen discover his own inimitable aesthetic, as well as developing formative elements, which would come to define his later work.

Throughout his career, the presence of people in Roger Ballen’s photography has been continuous. The type of people he chooses to photograph can be described as outsiders, whose often-startling physical appearance seems to symbolize a deeper psychological disturbance. Ballen describes them as people, who accept life for what it is and realize that there is nothing they can do to change things. They are at the mercy of the forces they can not control. What you see is what you get. Asked whether he considers himself an outsider artist Ballen refers to the intricacy of his process.

I would say that I am not an outsider artist. I like art that reflects something very basic, very primitive and psychological, which has something in common with outsider art but the work itself is advanced photography. If someone goes into these places with me for 100 years they will never take the same photo. It takes me thousands and thousands of steps before I get to taking the picture. Where I go right someone else would go left.

The places that Ballen refers to are the spaces of his more recent work Shadow Chamber (2005), Boarding House (2009) and Asylum of the Birds (2014), as well as his numerous installations. He describes them as staged scenes, in which the absurdity and alienation of the situations are intensified. They can by seen as a metaphor for the mind itself, full of his recurring symbols: animals, drawings, organized chaos, broken objects and fragmented humans. The process by which he composes his scenes may seem haphazard yet there is an organic structure to it.

It’s like a painter in front of the canvas or a writer in front of the blank page. You have to find the path into the forest. Firstly it’s a combining effort, secondly, you want to create an organic whole where everything works together and, thirdly, most importantly, what are you saying?

So, what is Roger Ballen saying with his art? By uniting painting, drawing, sculpture and photography, he creates a vehicle that allows him to dive ever-deeper into his own subconscious and in doing so, comment on the human condition.

I think that my goal is two-fold. Firstly to challenge myself and inspire myself and to expand my own knowledge of myself and my subconscious mind. That is the primary goal of my pictures. At the same time I am always hopeful that the pictures will have a transforming effect on other people in a positive way. That they become more in touch with themselves and they can find places within their minds that they have never visited before. That’s scary for a lot of people and for me it’s always been challenging and exhilarating.

In Western societies we are obsessed with controlling things but ultimately it’s just a sort of defense mechanism because the variables are too chaotic and innumerable for us to feel comfortable and confident. These rooms in my photographs can be seen as a place of the mind. They reflect some sort of archetypical mental state. (…) I’m trying to delve deeper into my own and the human condition.

Having shot almost exclusively with a Rolleiflex for the majority of his artistic career. The well-balanced, square format of his photographs became a defining characteristic of Ballen’s work. His ability to artistically evolve however and embrace new mediums and formats can be seen in his numerous video productions to accompany his photo series, not to mention his 2013 collaboration with Die Antwoord on the video I Fink u Freeky. A further step into unknown territory came in 2014 when Ballen obtained a Leica M Monochrom and he was initially apprehensive about his first foray into digital photography.

I’d never used digital before and the first thing that occurred to me was – will I be able to use this camera? Will seeing the images instantly affect my rhythm? Soon I realized that it didn’t but the second thing I wanted to find out was – is the quality better, equal or worse than a 6×6? This was a crucial point. I didn’t want to be doing something where the quality was substantially worse. I soon saw that the quality was amazing and the tonal range of the Monochrom was better than with film.

The next step came when he got hold of a Leica SL and started to experiment with color photography. Despite his assertion that the black and white nature of his pictures was crucial in denying their ability to duplicate reality, Ballen realized that his work could exist in color and remain enigmatic.

The colors themselves have an enigmatic quality to them. I use the colors in a way that you would come to the same conclusion as with the black and white. If you look at Max Ernst or other surrealist painters, they use color but their work is about dreams and you don’t see them as real.

I started taking a few more color pictures and was very quickly amazed at how good they looked and how different they were. It was a different zone that I had said I wasn’t interested in before. I was able to use the colors to compliment the meaning of the picture. If I was to do the Ballenesque book again I would expand the Leica chapter because the SL has had a big effect on my career in recent years. 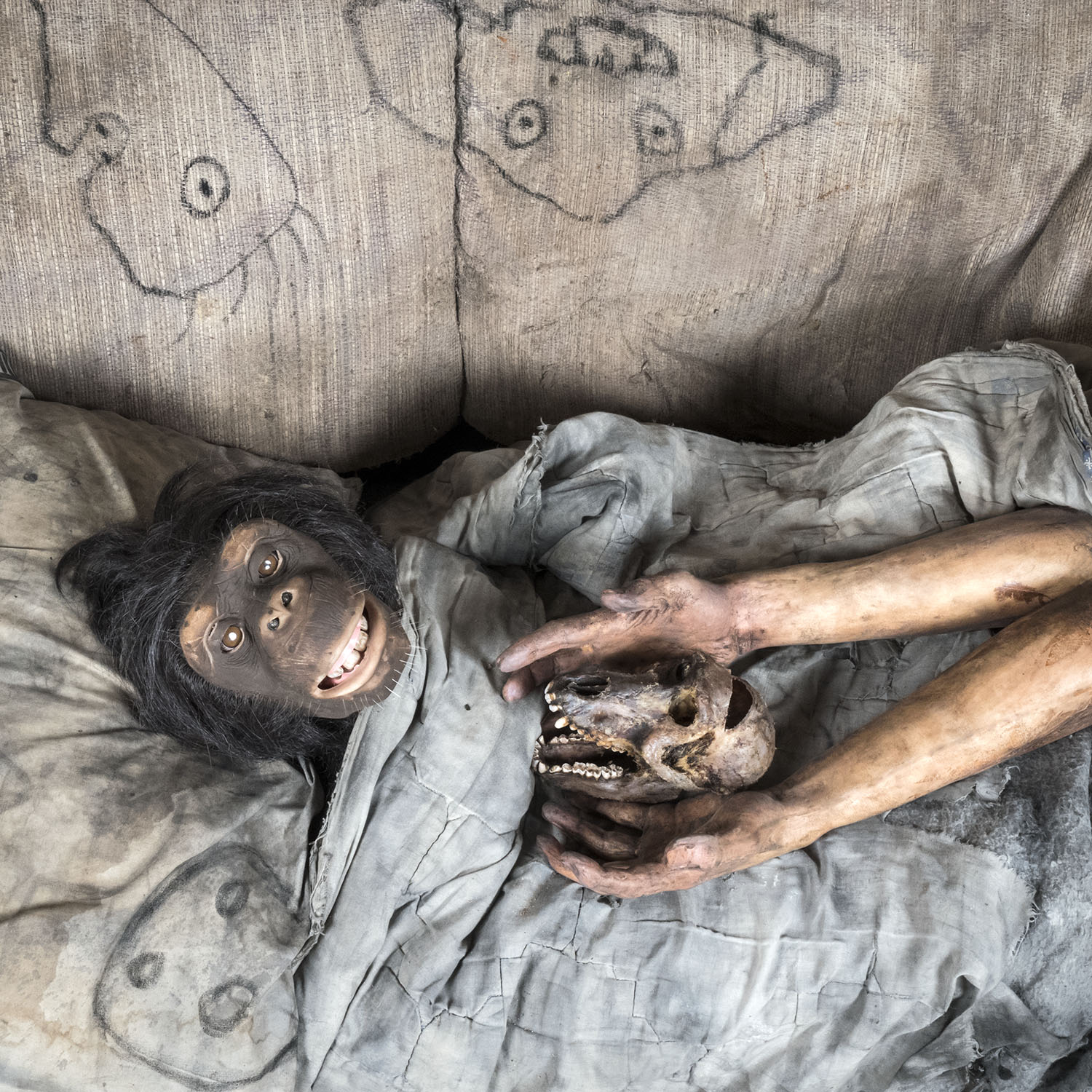 At the age of 68, Roger Ballen can certainly look back on a colossal career, which has seen him develop an inimitable style of photography and go on to influence numerous artists from a variety of fields. Speaking with him, one thing becomes unavoidably apparent: his level of self-reflection. In addition to the pure strength of his body of work, it is also this factor, which will undoubtedly have a defining role on his artistic legacy.

I would say that what inspires me more than anything else, and should, is my own work. If my own work doesn’t inspire me then I’m in trouble. You’ve got to learn from and build on your own work.

Over the past five decades, Ballen seems to have tacked a course of introspection, which has been reflected not only by the inversion of his artistic gaze but also in the spaces, in which he works. He began by traveling out into the world during his youth and photographing the subjects that spoke to him. He then photographed within the domestic spaces of outsiders and thereafter began creating and capturing images of cell-like, metaphorical spaces of the mind. He talks often of blurring the lines between the real and the unreal in his work, where fact is fiction and the conscious merges with the unconscious. Dreams become real and the real becomes a dream.

The book Ballenesque is available via the publishers Thames & Hudson.

You can fully immerse yourself in the world of Roger Ballen via his website.