Transnistria, the no-man’s land between the Republic of Moldova and Ukraine, rarely makes it into the news. With the exception of the short war between 1990 and 1992, when the country was fighting for independence only to later sink back into east block oblivion. It is precisely these kind of isolated places that interest the French photographer Cédric Viollet, who has already been on photographic exploration trips to Lesotho and Hong Kong.

Viollet took twenty days for each of his three trips travelling around Transnistria. Without a clear destination, driving an old Dacia, he actually spent most of his time on foot, because he found that was the best way to connect with the locals. We present a selection of unpublished-to-date pictures from his Eastern Exposures series.

When did you discover your passion for photography?

I was a skateboarder, but following a number of broken bones I couldn’t do that anymore. So I looked for another way to follow my skateboarder friends and began taking photographs of them. Above all, I took portraits and pictures in movement. It was the best training.

Which photographer has influenced and inspired you most?

Josef Koudelka for sure. His book, Exiles, was the first photo book my father gave me. To this day, I still admire the way Koudelka arranged his life in exile, and how he travelled the world with just a rucksack and a note pad. He was always close up, spontaneous, yet he composed his images very precisely. That’s how I consider photography should be.

How did it come about that you took photographs in Transnistria? What was it about the region that fascinated you?

The first time I was there was in 2015, on the occasion of the 25th anniversary of the founding of the Pridnestrovian Moldovian Republic – as the land calls itself. I’m interested in isolated places like Transnistria, Lesotho, or even Hong Kong, because in some way or another they are each cut off from the outside world. On the whole, they are regions geographically located between two larger countries. Like Transnistria is quasi squashed between Moldova and Ukraine. At first I had no idea what I was actually looking for in Transnistria, because I did not know the former USSR. I was just curious about the country. 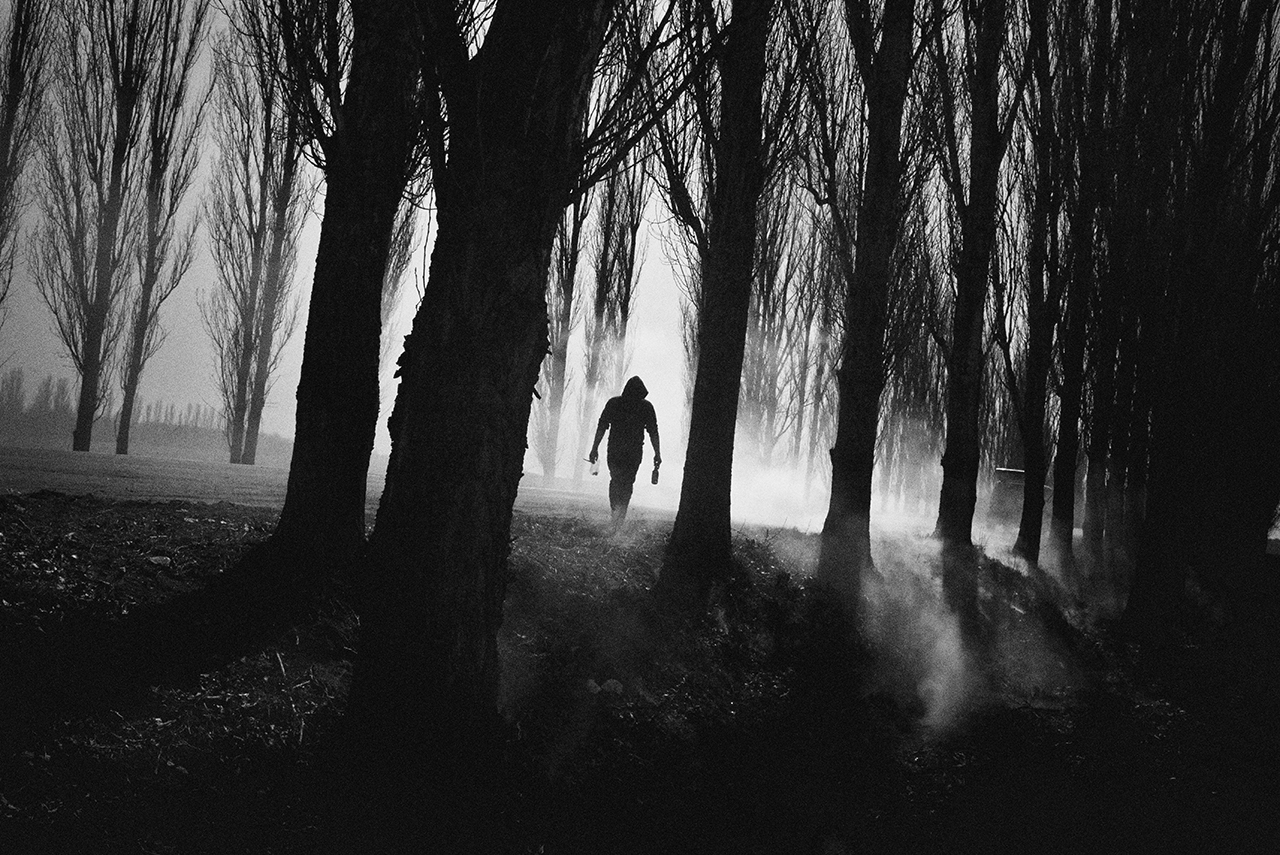 You can’t get a visa as a journalist, and even as a tourist the officials at the border will decide if you are able to stay one, two, or at the most three days in the country. Then you get a piece of paper where you have to fill out the names of all the places and hotels where you stayed. When you depart the country, you’re supposed to hand over this documentary proof to the border officials – a bit like how it used to be in Russia. So I had to go back repeatedly into the neighbouring countries.

So you were travelling “undercover”?

Yes, and my Leica cameras were very useful for this reason, because the people at the border always look for big camera set-ups with large zooms, which you would usually use to observe someone secretly. They tend to laugh at Leica cameras, considering them rather like toys. I was also travelling in an inconspicuous rental car, the smallest Dacia that’s available, so I could move around as discreetly as possible. After the twelfth time I went in, the border officials became suspicious and I was arrested and questioned: for this reason I had to take a break with the project. Luckily I’d hidden the films in the backseat of the car, so not everything was lost.

How did you make yourself understood there? Do you speak Russian?

No, I don’t speak the language; however, I found that to be an advantage: because virtually no one there speaks English either, we had to find other ways to communicate. Sometimes we’d draw something in the dust on my car, or explain things with hands and feet. Basically it was quite easy: I have a camera and I take a photo. Full stop. 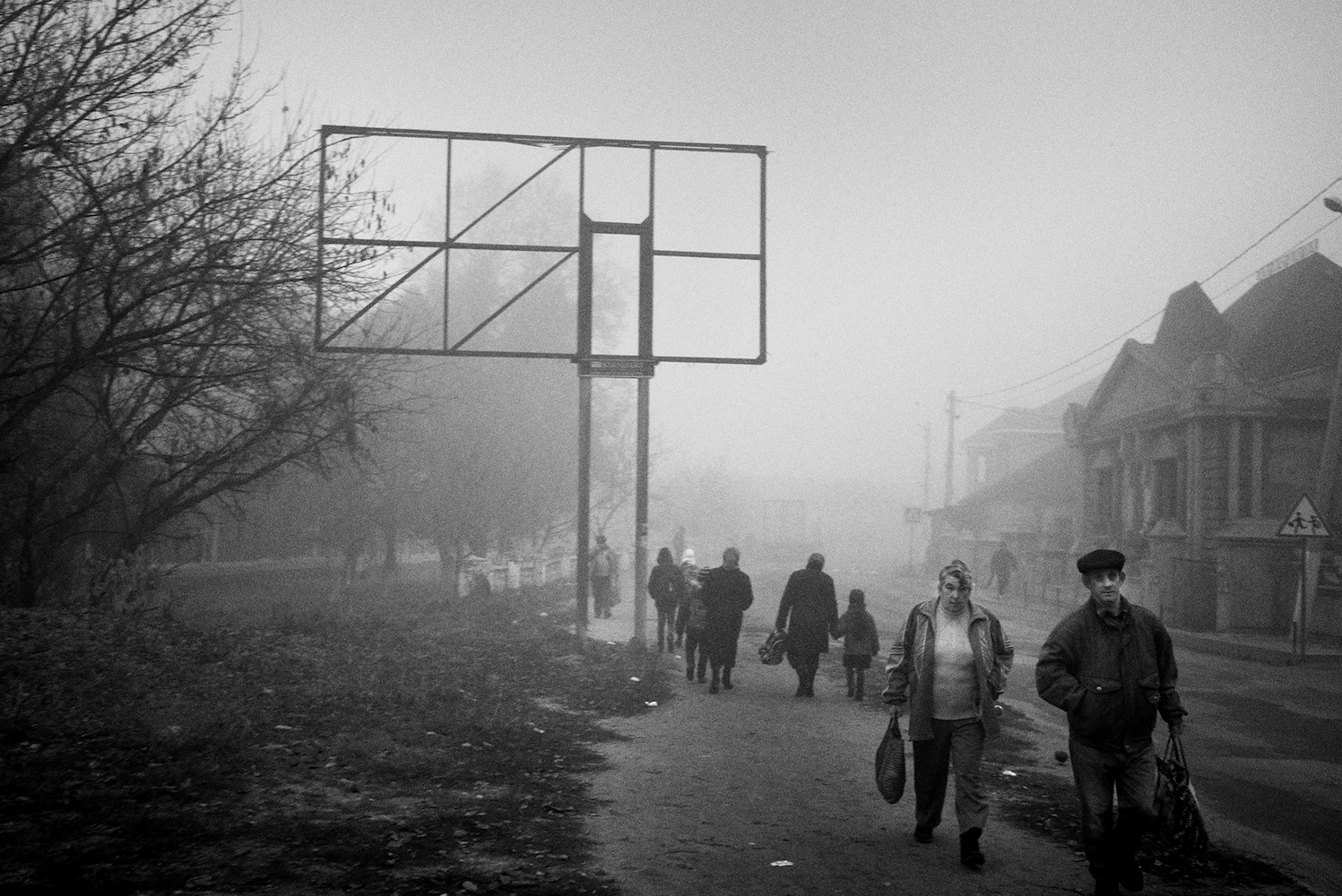 I find the pictures are very poetic, but they capture a rather sad atmosphere…

Yes, that’s how I felt the country to be: a prisoner of monotony. Maybe the fact that I was never there in summer had something to do with it, as it was always grey and rainy. The people appear to be happy: not like in Africa or South America, but rather muted. It’s a very poor country; no one has money. They have their own currency, but it isn’t accepted anywhere outside the country. I saw many empty venues: empty swimming pools and empty ice rinks, because no one can afford a ticket. And there’s nothing to buy in the supermarkets. In Transnistria everything is quite simply empty.

What’s your next project?

I’ve been photographing the area around the Darling River in South Australia. The river is over 1570 kilometres long and the most important water source in the region. In more recent times there have been water shortages because the river is polluted and overburdened. In addition, it hasn’t rained there for three years and the Darling River is gradually drying out.

Another, totally different, project, shot in the Moroccan desert by Viollet with a Leica SL, can currently be seen in LFI 2.2019.

To see more of Viollet’s photography you can visit his Instagram.