Michael Paniccia explains why photography is more that just seeing for him, how the series came about, and about the advantage of large raw files

If we were able to paint the world in the colours that we dream of, would it create the perfect world? Equipped with a Leica S and using a sophisticated post-production process, Michael Paniccia set out to create his own Arcadia in a private property in Greenwich, Connecticut. The photographs were taken in one day in August, the post production took a number of weeks. In collaboration with his production team, he produced a picture of fairy-tale hedonism, though also with a touch of bitter-sweetness: the characters have no way of escaping. 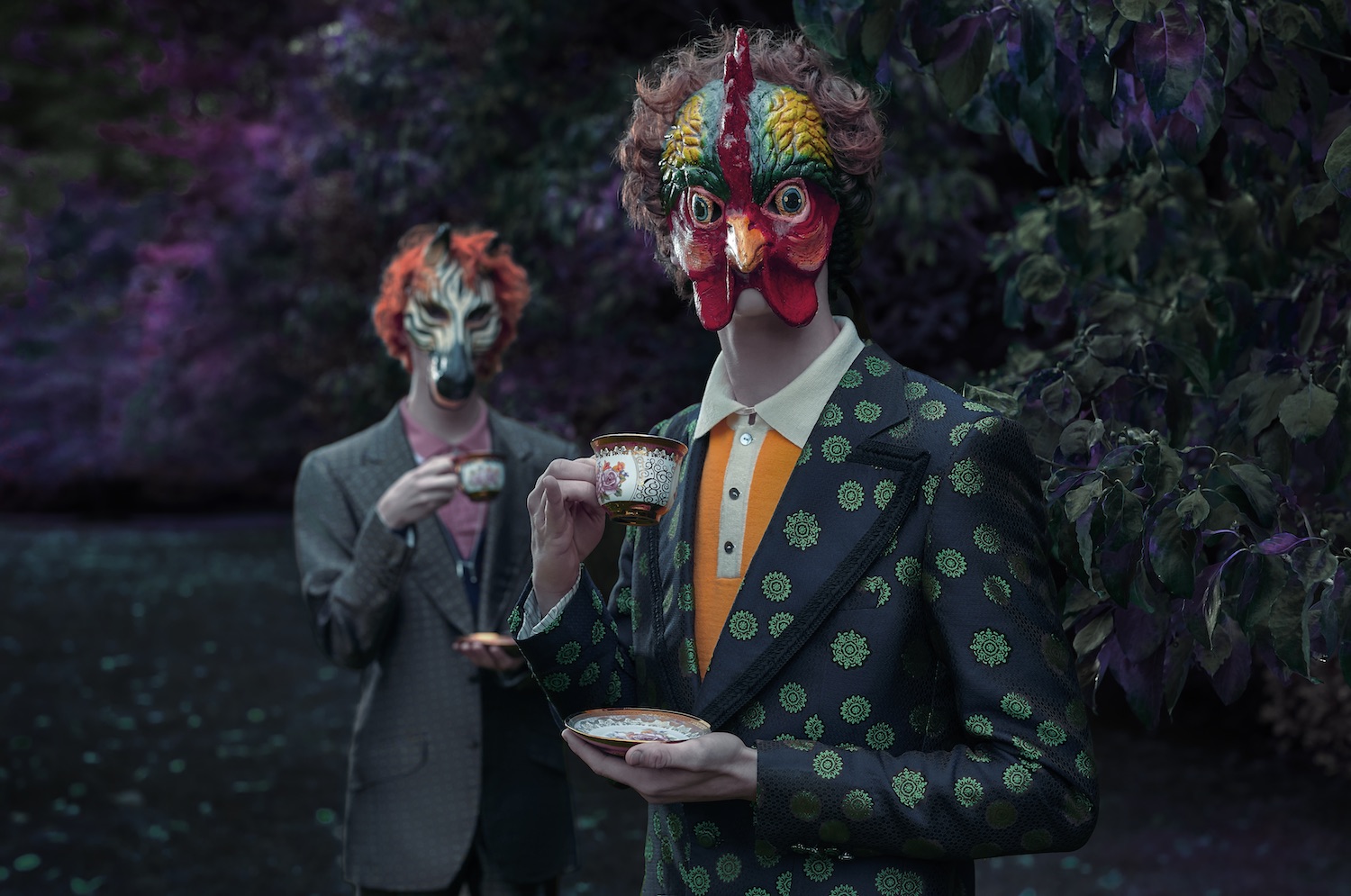 How did you come to dedicate your life to photography?

When I was a newborn, my closet was my mom’s darkroom. My mother was an extremely talented photographer. I was always exposed to photography. I didn’t start taking photographs myself until I was 15 years old when I enrolled in my first photography class. At that same time in my life, my whole world was flipped upside down as I was diagnosed with Type 1 Diabetes.

How does this affect you?

I’m extremely sensitive and connected to things visually. Diabetes has heightened and defined how I see things. I take photography very seriously. Photography is more than just an art form for me. It encompasses me and my everyday life. It has shaped how I see and exist in the world. Seeing is another way of feeling. Photography and diabetes are very closely linked for me.

Please describe your visual approach, how you develop your visual language from project to project?

I approach the process with an open mind for things to change and evolve as I am looking at them. I leave room for things to speak to me. The unexpected is a beautiful thing.

Did you do research upfront? How did you develop the story?

We did our research and developed the outline of the story. A narrative began to take shape. We wanted to create a story with contrast: whimsical but dark, nonsensical but complex, casual but polished. Most important was that it have a cinematic quality that captured the viewer. The story of a group of young people who lived in a garden labyrinth of there own creation emerged. They are forced to entertain themselves, and do so with eccentric clothing, games, and grand tea parties. Secretly they want to escape but that is pointless because they are as lost in the space as the viewer.

Where did you get the masks from?

Our stylist Nicolas Eftaxias had purchased masks when on a trip. He somehow connect the masks to a tea party and Andrew Basile, our Creative Director, refined the story. They presented this to me because of my style of photography, and I was excited about the possibilities. I knew of a perfect location.

Which is super helpful for sure. Where did you shoot the series?

When originally discussing the concept for this shoot, I knew of this estate and was confident that it would be perfect for the story. The images were captured on the grounds of a private home in Greenwich, Connecticut. The property had several parts to the garden, varying with different types of foliage.

In what ways does this project differ from others you have done before?

Since we wanted to create a surreal story, this project involved a ton of post production, color treatment alterations. This type of enhancement is different from other projects I’ve done. It was certainly one of the most complex productions, with a large cast and crew. The post production was where the most intense work occurred as we literally transformed the environment.

For The Innocents you partnered up with Creative Director Andrew Basile. Please tell us about this collaboration. Did you know each other from earlier projects? How did you come up with this tea party idea?

Yes, Andrew and I had worked on a project with Nicolas for the Religion and Fashion exhibit at the Met. He has a tendency to like to tell stories through images and he has a strong vision that we shared. He was involved in every aspect of the shoot, but especially during the post production where we recolored the environment and balanced the background. He was always very concerned that your eye go to the characters and balanced the background. We were in agreement throughout the project and worked together easily, especially through any differences.

Do you use natural light only, or do you use flash also?

In my work, I use a combination of natural and artificial light. The choice of lighting depends on the circumstances and end result desired. In my work, I use lighting to set the tone and evoke a certain type of mood.

When exactly was the series shot? How long was the production time?

The series was photographed during August 2018. Copious amount of pre-production took place prior to the shoot. Andrew and I met on several occasions to cultivate and fine tune our vision. The images were all photographed on one day. Following the shoot, countless days were spent working on editing and post production.

The post production on this series is very elaborate. What were your ideas in terms of making it look so surreal? Please let us know something about the process to achieve these results.

Yes, the post production was very intense for this story. We had the help of a master re-toucher, Max Louis Miller, who was able to make very complex and beautiful effects possible. It truly was a perfect collaborative effort and everyone brought their best forward. The recoloring of the trees and bushes was very time consuming and had to be handled carefully, so that it not become too heavy, while actually looking possible.

In what ways did the Leica S help you with that?

We were able to push the files to such extremes because of the latitude of the files. I sat down with Andrew and Max and we attacked each image. I had to be sure that I felt that the images reflected my aesthetics, as Andrew pushed me into some new directions. Max was the technical genius behind executing it. We were blown away by his abilities, partly due to quality of the raw files. We even reconstructed some of the clothing to add drama because it added to the image. Thankfully the shots themselves were very strong, there was so much there and I was happy with what I was able to capture, so that in the end there were plenty of strong images to work with.

Michael Paniccia. Born in New York in 1985, Paniccia has been photographing since he was 15 years old, when he was also diagnosed with diabetes. Photographing helped him come to terms with the illness, which also defines his perceptions: “I’m extremely sensitive and connected to things visually. Diabetes has heightened and defined how I see things.” He completed his Master of Fine Arts at the New Yorker Visual School of Arts in 2011. He works regularly for Harper’s Bazaar, Vogue, L’Officiel, the S. R. Guggenheim Museum and the Wall Street Journal.